The perfect team! Rachel Bilson shared how she has worked with her ex-fiancé, Hayden Christensen, to coparent their daughter, Briar.

Rachel Bilson and Hayden Christensen: The Way They Were Read article

“It’s been going pretty well,” the O.C. alum, 39, told Us Weekly exclusively on Friday, December 11, while promoting her partnership with Amazon devices. “It’s also nice because you’re stuck in the house [amid the pandemic]. So, for her to have another house to go to, I think that’s actually been helpful. So, all in all, it’s been good.”

Bilson met the Star Wars actor, also 39, on the set of their 2008 film, Jumper. They got engaged that December before quietly calling it off in August 2010. After the duo reconciled three months later, they went on to welcome their now-6-year-old daughter in October 2014. 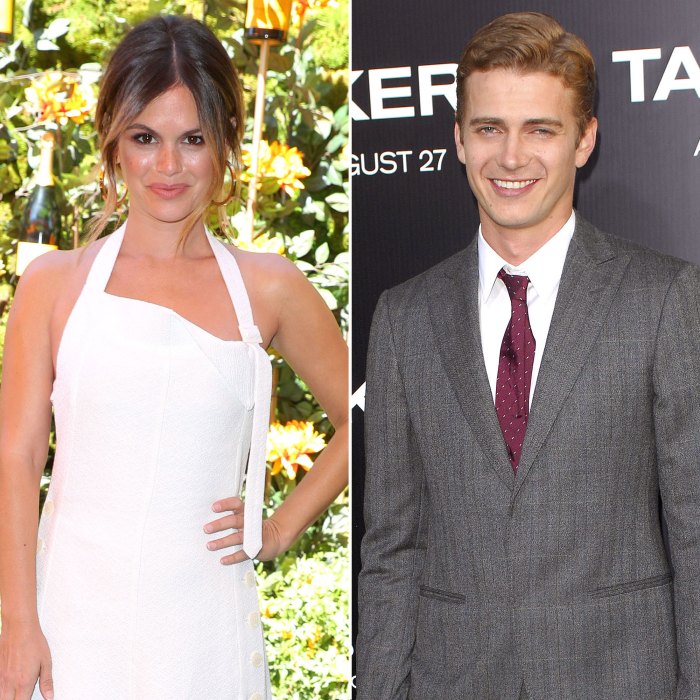 Us broke the news in September 2017 that Bilson and Christensen split after nearly 10 years together. At the time, a source exclusively told Us that the now-exes were “on the outs for a couple of months” before their breakup became public news.

Since their split, the former Hart of Dixie star briefly dated Bill Hader. They pumped the brakes in July after less than a year of dating.

Last year, Bilson shared that when dating someone new, she immediately shares that she has a child — and the man’s reaction determines a lot. “I always put it out there. She’s my world and I talk about her all the time. How f–ked up would it be if I hid that?” she said on Nick Viall’s “The Viall Files” podcast in 2019. “If you’re going to pursue something with someone, they have to be interested in the kid or be willing to be around the kid.”

Last December, the To Do List actress opened up about the challenges of raising her young one. “Their voices are just very loud and present,” she told Us at the time. “She’s really good, though. I’m really lucky [but] there’s that common line of, ‘Well, Mommy, if you give me options, I’m going to give you options.’ She’s understanding and rebelling, like, ‘I don’t have to do this.’”

As a working actress and single mother, Bilson can count on her Amazon devices to get her through it. She revealed how they have helped her and her daughter while quarantining at home amid the coronavirus pandemic.

“As far as keeping us entertained, I’m super indecisive. So, I have to talk about the Fire TV stick and I can just ask Alexa to decide for me basically,” she explained to Us. “That has been my saving grace. [Also] just staying connected with the video calls has really been helpful.”