Braunwyn Reveals the ‘Only Person’ From ‘RHOC’ Who’s Supported Her

Shutting it down! Braunwyn Windham-Burke has faced plenty of ups and downs over the past year but one Real Housewives of Orange County personality has offered her their full support.

The Bravo star, 42, gave social media users free rein to ask her their toughest questions after coming out as a lesbian earlier this month. “OK, you’ve all got a lot of opinions about what’s going on in my life, so instead of writing them on a cute Santa photo with the kids, you can write them here,” she captioned a stunning Instagram photo of herself in a risqué black ballgown on Sunday, December 6. “Get it out and then we can move on. #youdoyou 🌈💕❤️💋.” 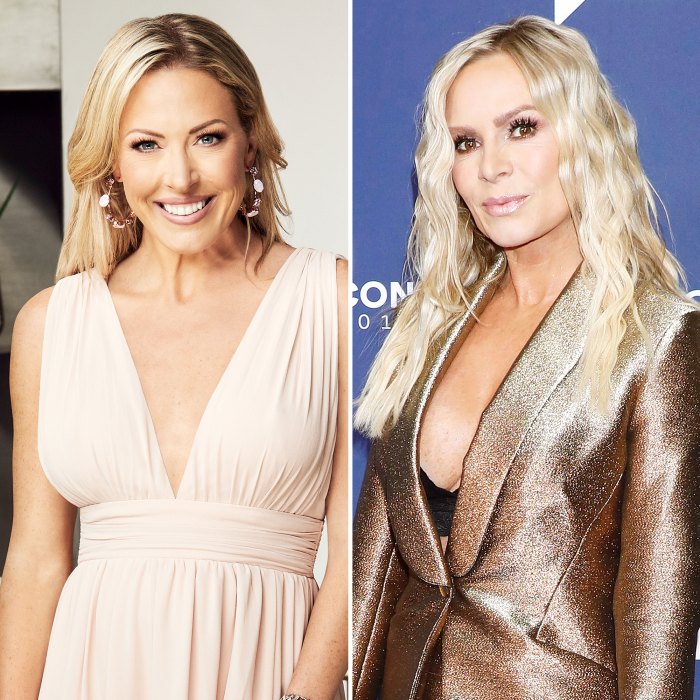 When one fan warned her to “be careful” and “stay away from” former RHOC star Tamra Judge, Windham-Burke didn’t hesitate to put them in their place.

“Tamara [sic] has been the only person from Rhoc that has been there for me,” the California native replied. “She knew I was sober and kept it to herself, she knew we were struggling with our daughter’s mental health issues and listened, she got me through a day that was so hard I was physically shaking….whatever you think you know, you don’t.”

The Instagram user changed their tune after reading Windham-Burke’s point of view, writing, “It’s nice to know that she was there for you when you needed someone.” 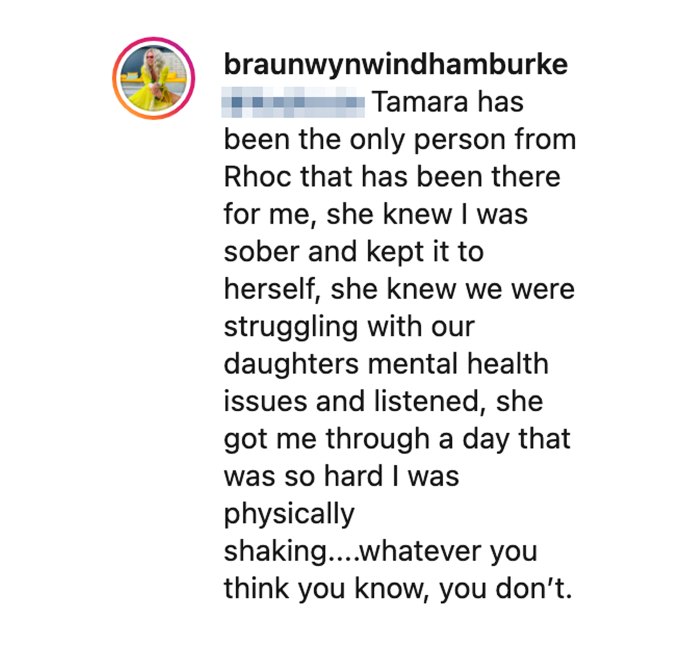 Judge, 53, exited the Bravo reality series in January after appearing on the show for 12 seasons. Windham-Burke, for her part, joined RHOC in 2019 for the Bravo show’s 14th season. As she’s grown more comfortable in front of the cameras, the mother of seven has shared her struggles openly, including her journey to sobriety and her marriage woes with husband Sean Burke.

In October, Braunwyn told Us Weekly exclusively that she’s seeing someone “special” who was not her husband of 20 years as the couple sparked speculation of a split. At the time, the reality star admitted that she wasn’t “quite ready to put it all out there” yet — but said “things are really good” with her new flame.

Two months later, she opened up about her sexuality in an emotional interview with GLAAD and revealed that her husband is on good terms with Kris, the woman she’s dating.

“I’m just now starting to feel like I’m becoming the woman I was supposed to be,” Braunwyn said. “So, for me to be living completely authentically and say, ‘I’m a lesbian. That was who I have always been.’ This isn’t something that is new because that I think is what a lot of people will think. ‘Oh, suddenly you’re one.’ No, I’ve always known it. But it took me personally 42 years to be comfortable enough in my own skin to say that. … I didn’t wanna have to hide this anymore.”

Read More: Braunwyn Reveals the ‘Only Person’ From ‘RHOC’ Who’s Supported Her