Worst. Movie. Year. Ever. Sorry-not-sorry, but there’s no getting around that sad fact. Because of the pandemic, many theaters all over the country have been shuttered for nine months — the one in my New York City neighborhood still boasts posters for winter favorites such as Onward, Sonic the Hedgehog and Birds of Prey.

Meanwhile, anticipated films such as Black Widow, No Time to Die and F9 were pushed to 2021 and beyond. Even Tenet, the one entry that debuted on the big screen this summer, managed to disappoint with a convoluted story — and that’s with Robert Pattinson time-traveling a tailored suit!

Still, there were some bright spots. Thanks to the booming streaming service market, we were treated to big-budget, big-star vehicles via Netflix, Hulu, Disney+, HBO Max and more. Lin-Manuel Miranda’s Alexander Hamilton sang to us in the front row of our living rooms on July 4, while Happiest Season arrived just in time to make the holidays cheery.

We’re (finally) getting Wonder Woman 1984 too! And remember the Oscars? The right movie — Parasite — actually won Best Picture. Here are the Top 10 movies of 2020. Maybe they didn’t all break through the Queen’s Gambit/The Crown/Tiger King buzzsaw, but they still reigned supreme. 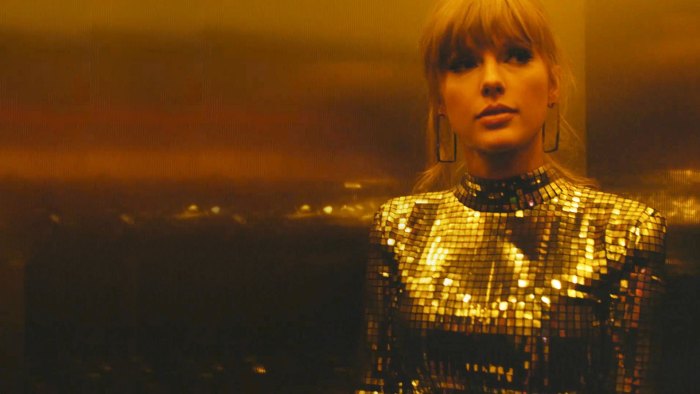 10. Taylor Swift: Miss AmericanaWe’ll never shake off the hell that was 2020, but at least we got a wildly insightful and unvarnished look at one Taylor Swift. With the cameras on her at her most vulnerable, the former teen queen showed her fans why she’s done hiding behind the wholesome good-girl sheen and proved to her doubters that in terms of musicality, she’s the real deal. (Her two subsequent surprise albums sealed it.)

9. NomadlandOne can still push forward despite the setbacks. That’s the message behind this award-winning and beautifully rendered drama from future Oscar-nominated director Chloe Zhao that explores life on the fringes. It chronicles the journey of a disenfranchised widow (Frances McDormand) who drives in her beat-up van all over the country trying to make a go of it. She does.

8. Bad EducationOver his long and versatile career, Hugh Jackman has played everything from a Wolverine to a singing P.T. Barnum. Still, who knew he could slip so easily into the role of a popular-yet-super-corrupt New York school superintendent. His performance is at the center of a compelling work of entertainment, based on a real-life money embezzlement scandal. And special shout-out to Allison Janney for mastering a Long Island accent. 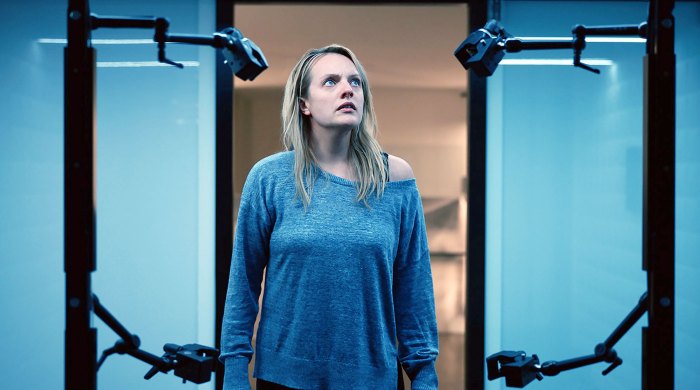 7. The Invisible ManIf Elisabeth Moss’ crazy and controlling boyfriend is dead, then why are closed doors suddenly opening? And who stole her architectural designs? And, omg, what just happened in that crowded restaurant with her sister?!! What easily could have been a silly B-grade horror flick is instead a first-rate piece of heart-thumping escapism. Even when the story unravels, the wide-eyed Moss sells it all.

6. The Trial of the Chicago 7There are two kinds of courtroom dramas — ones written by the great Aaron Sorkin (A Few Good Men, Molly’s Game, The Social Network) and everything else. Here, seven anti-war activists are on trial for clashing with the police during the 1968 Democratic National Convention in Chicago. Smart and compelling from gavel to gavel, the film also features sterling performances from Sacha Baron Cohen, Michael Keaton and Jeremy Strong.

5. Da Five BloodsFour Vietnam veterans and friends return to the jungles to claim the remains of their beloved captain (Chadwick Boseman) — and find the bars of gold they buried near him. Spike Lee’s searing epic manages to be both an intimate drama of regret and a big-picture take on the country’s evolving race relations, worthy of evoking important conversations.

4. MinariThe big Sundance Film Festival award winner (which will get a rollout release in early 2021), is the lovely personal story of a Korean American family, led by Steven Yeun, that uproots from California to a small farm in Arkansas in the 1980s in search of a better life. (Director Lee Isaac Chung used his own childhood as inspiration.) It’s a richly textured tale that offers an engaging view of the immigrant experience while also recognizing its hardships. 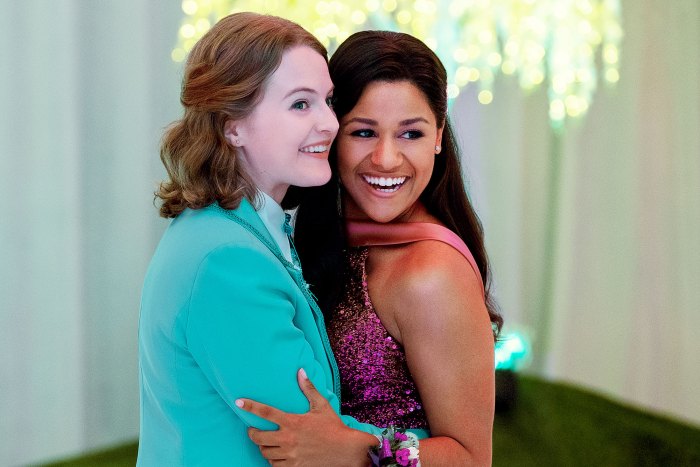 3. The PromIt turns out that the sight of Meryl Streep singing and cavorting in an Indiana high school gym made for the year’s fizziest tonic. This unabashedly charming musical extravaganza — about four faded Broadway stars (Streep, Nicole Kidman, James Corden, Andrew Rannells) who hit the road to help an ostracized gay high-schooler take her girlfriend to the prom — is chock full of laughs, heart and old-fashioned razzle-dazzle. What an honor to be invited.

2. Palm SpringsImagine the dreaded sensation of waking up in the same place every damn morning and realizing that nothing has changed. Somehow, Andy Samberg and Cristin Milioti turned this fantastical-and-yet-all-too-authentic time loop premise into a poignant romantic comedy. And though their plight in the desert touches on loneliness, pain and commitment, it’s ultimately optimistic. Yay and phew.

1. Promising Young WomanJust wow. A never-better Carey Mulligan is the titular woman on a singular mission to right the violent wrongs of her med school past. Her bold actions are wickedly audacious, culminating in a breathless final act. But this is no simple #MeToo revenge fantasy. Rare is the film that has the guts to confront such a prickly subject, forcing viewers to examine their own behavior. Written and directed by Killing Eve’s Emerald Fennell, it’s a truly amazing and stunning mindf–k that stands apart.