Name game! Pregnant Deena Nicole Cortese has chosen a moniker for her second son ahead of his arrival. 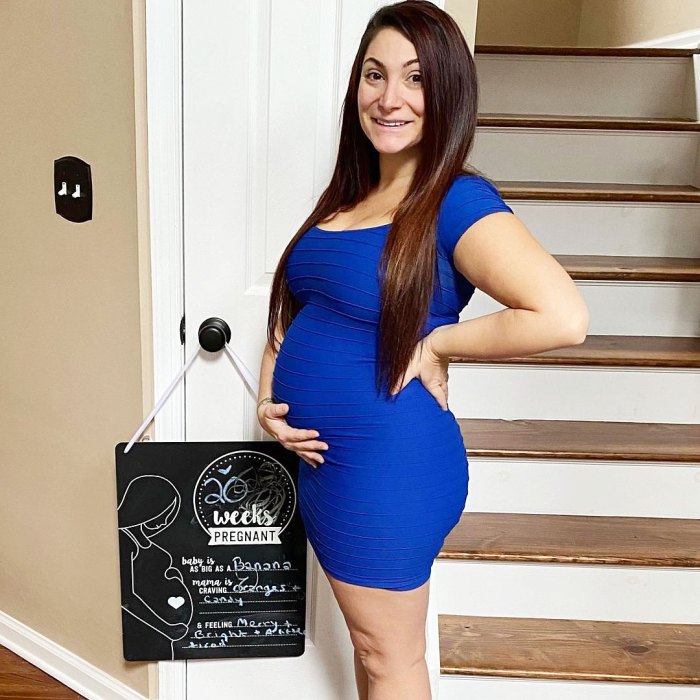 The reality star went on to write that her second pregnancy “has been super different” than her first time around.

“With CJ, from the moment I was pregnant he made it known he was in there,” the New Jersey native explained. “Sick from the moment I found out until around week 15. After week 15, he didn’t go unnoticed he was kicking me and letting me know, ‘Hey, I’m in here.’ And as you all know CJ is a little riot with super energy and a little ham. Cameron has been so different for the first 18 weeks, some days I’d forget I was even pregnant. A little tired, but for the most part super normal. I just started feeling him this past week, but he’s very calm in there lol.”

The Couples Therapy alum noted that she has gotten “nervous” and used her home doppler to check the little one’s heartbeat. “I feel like Cameron might be more like his daddy, [Chris Buckner], and be more calm and to himself,” Cortese concluded.

In October, the pair announced that baby No. 2 was on the way. “CJ is going to be the best big brother ever,” Cortese captioned their pumpkin-themed reveal via Instagram at the time. “Sooo for everyone that was asking YES YES YES. I’m pregnant.”

The MTV personality’s costar Jenni “JWoww” Farley called this the “best news,” while Nicole “Snooki” Polizzi commented, “YASSSSS MAWMA. So excited for you.”

Cortese and Buckner used a blue cake to share the sex later that same month. “Looks like CJ is getting a little Brother. #boymom,” the expectant star captioned photos of her costumed family.