Cooking up confusion. Mario Lopez just joined the long list of celebs who’ve portrayed KFC founder Colonel Sanders — and fans aren’t too sure how to feel.

“Colonel Sanders is adding some sabor to the menu…get your appetite ready… #FingerLickinGood #Lifetime #Dec13,” Lopez, 47, tweeted on Monday, December 7, alongside a poster for his upcoming mini-movie, A Recipe for Seduction.

The 15-minute branded program is set to premiere on Lifetime on Sunday, December 13, at 12 p.m. ET. Tessa Munro, Chad Doreck and Martin Mandela join Lopez in the short film. A synopsis on Lifetime’s website teases, “As the holidays near, an heiress (played by Bosch alum Justene Alpert) contends with the affections of a suitor handpicked by her mother. When the handsome chef arrives with his secret recipe and a dream, he sets in motion a series of events that unravel the mother’s plans.”

Colonel Sanders is adding some sabor to the menu…get your appetite ready…#FingerLickinGood #Lifetime #Dec13 pic.twitter.com/CCaUJ1URrd

“Did NOT have ‘Mario Lopez as a sexy Colonel Sanders’ on my 2020 bingo card,” one person tweeted, while another wrote “SAY SIKE RIGHT NOW.”

While some had their reservations about the Dancing With the Stars alum‘s latest gig, others tried to put their skepticism aside. 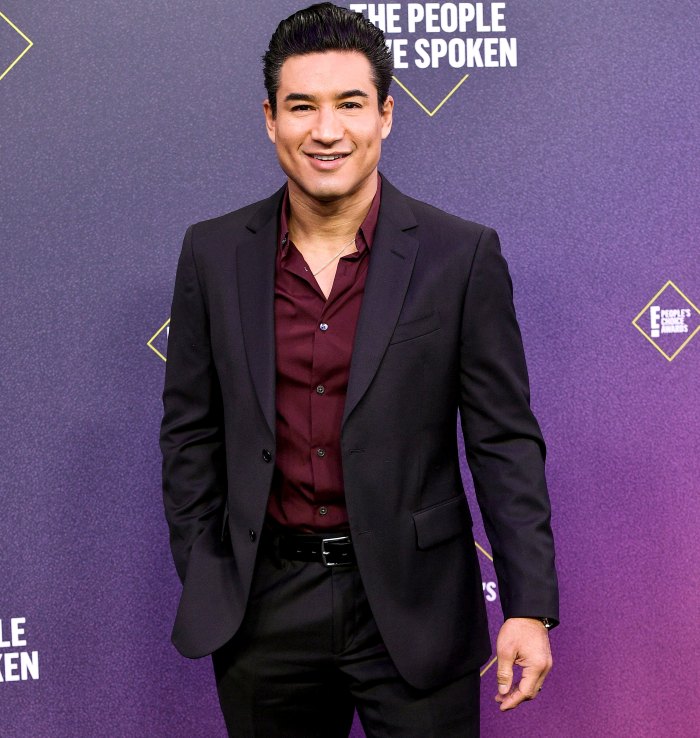 “I’m ‘put Mario Lopez in basically anything and I’ll at least consider it’ years old,” one tweet read.

Lopez’s post threw plenty of fans for a loop, but KFC confirmed that the movie wasn’t just a parody. “Some folks take their secrets to the grave, but Colonel Sanders takes his to the deep fryer,” the fast-food joint tweeted on Monday, encouraging viewers to tune in for the Lifetime original.

Hey, Mama! Every OG ‘Saved by the Bell’ Reference Made in the Revival Read article

The California native — currently starring in Peacock’s Saved by the Bell reboot — is one of many famous faces to put their own spin on portraying Colonel Sanders. Over the years, Darrell Hammond, Norm Macdonald, Rob Lowe, Ray Liotta and even Reba McEntire have appeared in the colonel’s trademark white suit and glasses to promote the restaurant chain.