Getting messy. Malik Beasley’s wife, Montana Yao, revealed that she was kicked out of her home after filing for divorce amid the basketball player’s PDA scandal with Larsa Pippen.

The Minnesota Timberwolves player, 24, found himself in hot water after photographs of him holding hands with Pippen, 46, in Miami surfaced on December 1. The pictures were taken last month and came as a complete shock to his wife, who filed for divorce after seeing them.

The model, 23, gave fans an update on Wednesday, December 9, about her and the couple’s 2-year-old son, Makai, following the drama.

“Hey y’all I just wanted to say THANK YOU so much for your tremendous love and support during this time,” she wrote in an Instagram statement. “Things have been pretty rough, I’m not going to lie.” 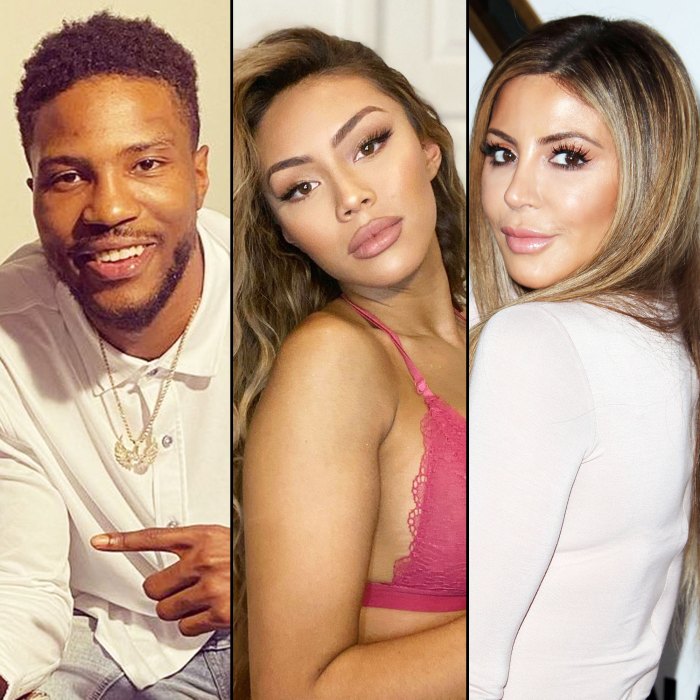 Yao claimed that she and her son were “told to leave our family home 10 days ago, and just like you all I’m pretty confused.”

She noted that there has been “no private or public addressing of the situation, nor any type of apology” since Beasley was seen with the Real Housewives of Miami alum.

Yao, who married Beasley in March after welcoming their son one year prior, explained that she will update her supporters “if or when I feel it is appropriate.” She then thanked everyone for being so uplifting amid the controversy.

“I mainly wanted to say, I have never received so many kind words of encouragement and love, and it has really held me up to be strong for not only myself, but more importantly for my son,” she wrote. “I’m sorry I haven’t been able to respond to each and every one of you, but just know I have read almost every single message, comment, etc.”

The former Miss Malibu Teen USA gave a special shout-out to “all the strong women and mothers” who shared their stories with her. She also applauded the “men out there who have sent me support and understanding” during her tough time.

“I’m focusing on healing myself and becoming the best mother I can be at this time,” she concluded. “Thank you from the bottom of my heart. I’ll be back soon. XO – Montana.”

Yao previously spoke about her husband getting cozy with Pippen hours after photos of the pair hit the internet on December 1.

“Wow… I don’t even know this man,” she wrote on her Instagram Story at the time. “This is wild y’all I’m seeing it for the first time just like y’all. The truth always comes out one way or another … I’ve always and will forever remain true to who I am and GOD has never let me down.”

The California native filed for divorce on Tuesday, December 8, according to court documents obtained by Us Weekly.

Neither Beasley nor Pippen have publicly spoken about the photos or their relationship, but the former reality star has shared cryptic messages on social media throughout the month.

“Don’t always trust what you see on social media,” a quote on her Instagram Story read on December 2. “Even salt looks like sugar.”

Pippen was later slammed for posting a prayer for people “dealing with heartache” on Instagram. One user commented, “She praying for her victims,” while another wrote, “This one is savage @larsapippen but it’s a cold world so I guess I get it.”

Following the relationship drama, a source told Us on Monday, December 7, that Pippen is “focusing on her kids and her jewelry brand.” The insider added that she has also spoken to her eldest son, Scotty Jr., “daily” after he “liked” tweets about the scandal.

Pippen shares four children, Scotty Jr., 20, Preston, 18, Justin, 15, and Sophia, 12, with her estranged husband, Scottie Pippen. The pair wed in 1997 and split for a second time in 2018 when the Chicago native filed for divorce.

Read More: Malik Beasley’s Wife Says She Was Kicked Out of Her Home Amid Larsa Scandal