Frances McDormand Appears Makeup-Free on the Cover of ‘Vogue’ 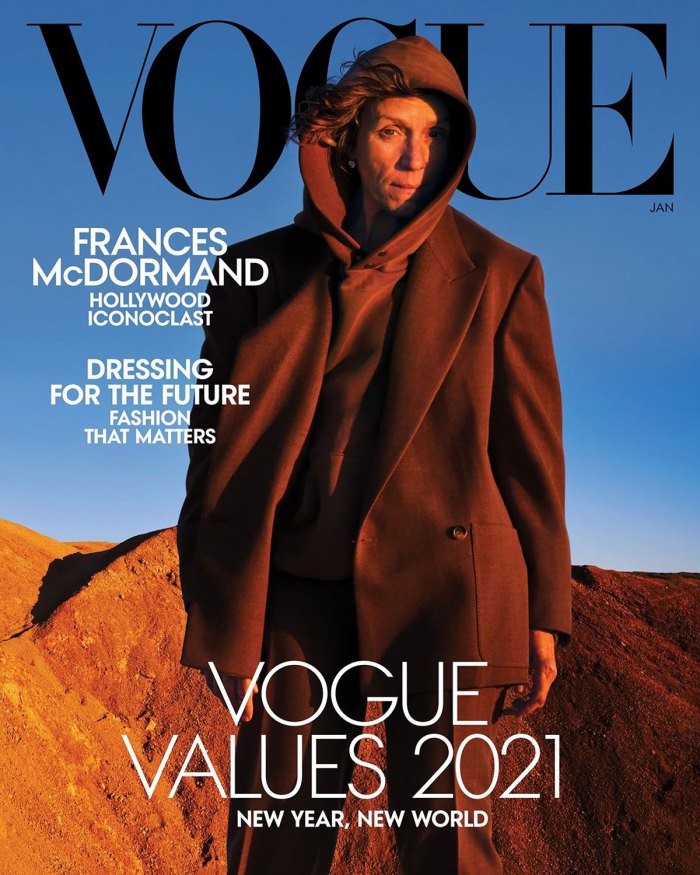 Natural beauty! Frances McDormand covers the January 2021 issue of Vogue, appearing to be totally makeup-free. But what else is new?! This bare-faced complexion and head-turning wild style is pretty much her signature aesthetic. And people cannot get enough.

On Thursday, December 10, Vogue announced the actress, 63, as the first cover star for the new year. “To still be culturally relevant as a 63-year-old female is so deeply, deeply gratifying,” the Fargo star told the publication. “It’s something that I could have never expected, given what I was told. And I believe I had something to do with it. I’ve crafted some part of this moment in time. And I’m really fucking proud.”

Shot by Annie Leibovitz, the Three Billboards star dazzles in a Fear of God suit and hoodie with Vela earrings.

It’s no secret that the award winning performer has cemented her very own place in pop culture, never letting the pressures of Hollywood dictate how she expresses herself. She’s maintained a low maintenance appearance that has always been nevertheless stunning.

Not only does she avoid dyeing her hair, but she’s also made headlines for hitting up awards shows without a stitch of makeup. Who could forget when she accepted the Oscar for Three Billboards Outside Ebbing, Missouri two years ago with a totally fresh face? 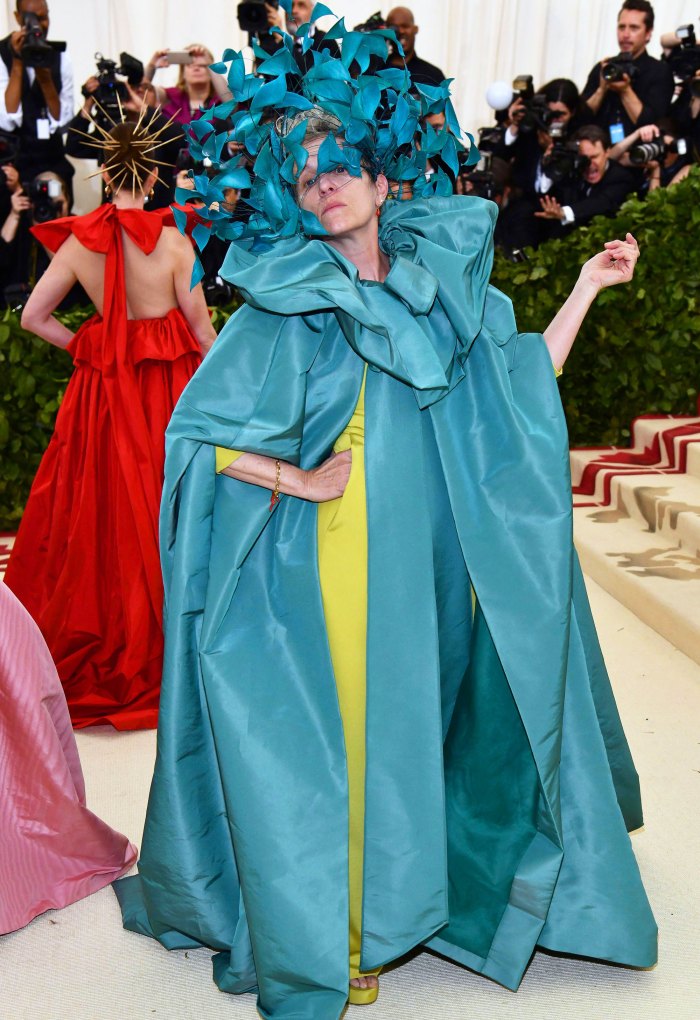 When it comes to her fashion, though, she does put quite a bit of thought into it. Not to mention, she isn’t afraid to go bold. At the 2018 Met Gala, the Academy Award-winning actress made a statement in a Valentino Couture number with an out-there headdress.

“I have always followed fashion and had a secret desire to find a way to express my knowledge and appreciation for it,” she told Vogue in 2019. Though at times it may not seem like it.

In 2019, she took to the Oscars stage in a pair of Birkenstocks. But they weren’t just any old Birkenstocks. They were custom-made by Valentino’s very own Pierpaolo Piccioli.

“When given the chance to lend my enthusiasm and experience to the collaboration of a particular item of fashion there was only one answer for me: Birkenstock’s Arizona two strap sandal,” she told Vogue. “I have worn these sandals for most of my adult life. They have literally formed me physically and philosophically. All that I desired was to have a pair in my favorite color: acid yellow. And now they exist!”