Future family of four! Chiara Ferragni announced on Thursday, October 1, that she is pregnant with her and husband Fedez’s second child.

“Our family is getting bigger,” the Blonde Salad blogger, 33, captioned an Instagram photo of her 2-year-old son, Leone, holding up an ultrasound photo. “Leo is going to become a big brother.”

The rapper, 30, shared a similar shot on his own account, writing, “La famiglia si allarga,” which translates to, “The family is growing.” 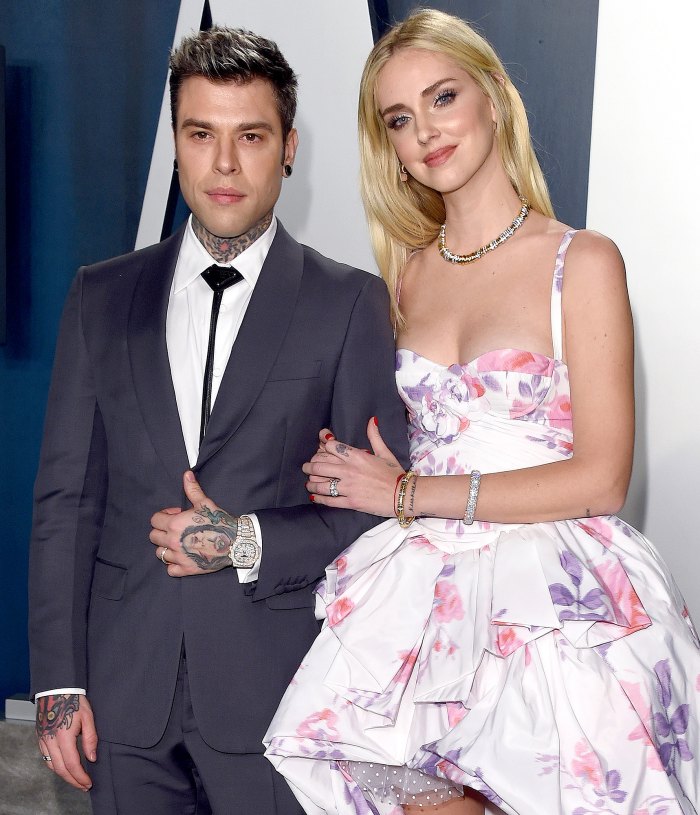 He and the fashion designer welcomed their baby boy in March 2018. “At the end of August 2016, after a few months of being single and ‘dating’ guys that were not the right thing for me, I tattooed two lions on the back of my right arm,” the new mom wrote via Instagram at the time. “I found my true love and Leo is in celebration of this love.”

The couple got engaged in May 2017 onstage at one of the “Italiana” rapper’s concerts. Five months after he proposed, Ferragni announced that they were starting a family together.

Ferragni spoke candidly about her son’s “fast and super simple” medical procedure in October 2018. “Our little Leo got … eartubes in his ears to get rid of some liquid he’s had since he was born that otherwise could cause him hearing loss in the long [term],” she wrote at the time. “We’re so happy we did it, and he’s home with us now.”

The influencer concluded, “Being a mum and seeing a child in pain makes you feel like you’re dying. I’m posting this because it is important to acknowledge how lucky we are every day. Don’t ever take it for granted.”

In November 2019, she exclusively told Us Weekly that sharing the highs and lows of her life with the public feels “therapeutic.”