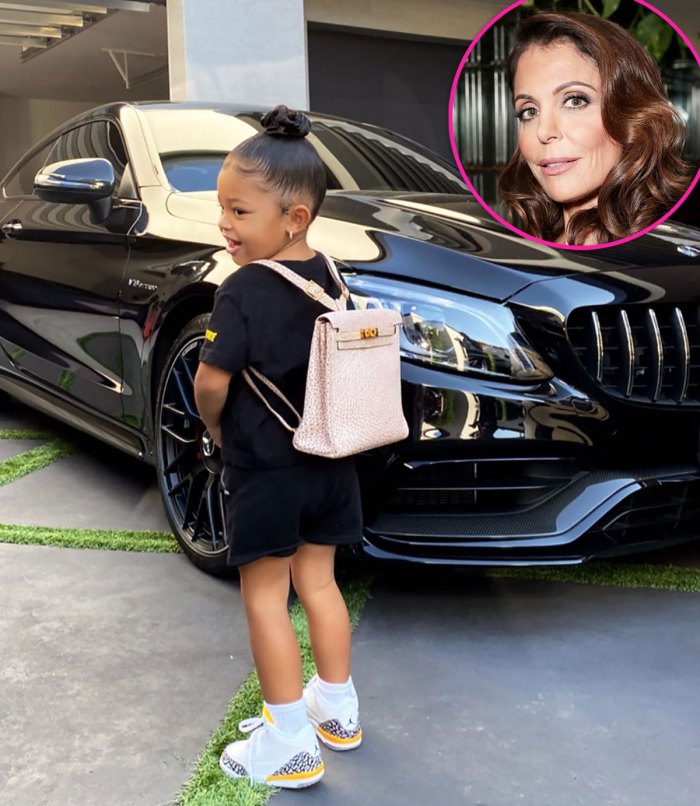 Uh oh! Bethenny Frankel is not happy with Stormi Webster’s back-to-school look and she’s not afraid to let the world know.

On Wednesday, September 30, Kylie Jenner shared a picture of her 2-year-old daughter all dressed up and ready for her first day of homeschooling in an Instagram Story. When UsWeekly reposted the pic to our Instagram feed, the Real Housewives of New York City alum, 49, took to the comments to voice her disdain.

“I never say anything about this stuff but this is the most transparent humble brag I’ve seen yet,” she wrote. “It’s everything wrong with everything.”

In the picture, the toddler rocks a black T-shirt and matching shorts with chunky white sneakers that have yellow details and animal print patches. While this by itself is quite a trendy look, what many online cannot get over is the pink Hermès Kelly Backpack she’s wearing. After all, this accessory alone is worth approximately $12,000.

It’s no secret that the Kardashian-Jenner clan loves a Hermès bag. Just last Christmas, Kylie was given five new purses from the design house that all together were valued at over $1 million. Even little Stormi, at such a young age, has showcased her love of a Hermès.

On April 1, 2019, the Lip Kit creator shared a video of the then 14-month-old walking around with a mini hot pink Birkin. “She won’t let go of that purse,” the Keeping Up With the Kardashians star captioned a video. It looks like the apple doesn’t fall from the tree, especially when it comes to luxurious fashion statements.