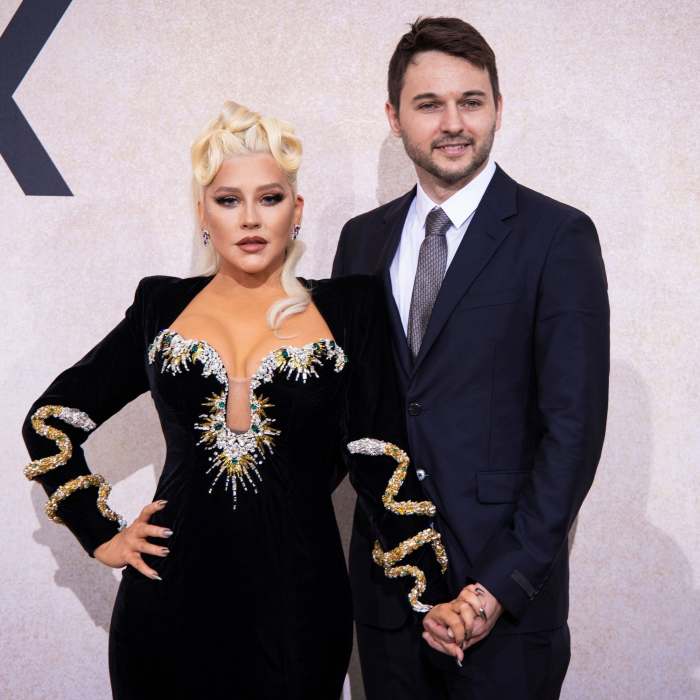 Doing it their way. After an eight-year engagement, Christina Aguilera and fiancé Matthew Rutler are still in no rush to get to the alter, a source exclusively tells Us Weekly.

“There are no wedding plans at the moment. [Christina] and Matt are happy the way they are,” the insider reveals to Us. “They’re one of those couples who don’t need a document to prove their love for each other.”

The “Beautiful” singer, 41, and the guitarist, 37, met on set of the 2010 film Burlesque. The musical drama premiered while Aguilera was in the middle of a divorce from ex-husband Jordan Bratman, with whom she shares son Max, now 14.

By April 2013, the Disney alum had moved out of her Beverly Hills mansion that she shared with Bratman and into a new Mulholland Estates home with Rutler and her son. The pair got engaged on Valentine’s Day 2014 and welcomed their daughter, Summer Rain, in August of that same year.

Despite their whirlwind romance, the two have long been vocal about taking time before walking down the aisle. In February 2015, Aguilera told E! News that she wants to “cherish” the big moment so it won’t feel “rushed.”

“Our love is secure enough that we don’t need a wedding to prove our commitment,” she explained. “We are enjoying our daughter, our family and our work for now.”

Seven years later, that outlook remains the same. The source told Us on Friday that while the couple are still “very much in love” and Aguilera “loves being a mom,” she’s not looking to expand her blended family any further.

“Christina is working on keeping her body the way it is and loves being on tour in the U.K. right now,” the insider explained. “She’s feeling really good and back in her element doing what she loves.”

The former Voice judge is also busy working on new music, which the source tells Us is “inspired by her kids.” That doesn’t mean, however, that the New York native doesn’t make space for quality time with her beau.

When she’s not performing, Aguilera and Rutler are “true homebodies,” the insider tells Us. “They like to relax at home together just like any normal couple but also love going out and having date nights.”

Celebrities Who Fell in Love With Non-Famous People Read article

She may be focused on enjoying life with her current love, but Aguilera has also worked hard over the years at maintaining a healthy coparenting relationship with her ex. The music executive even attended her 40th birthday party in January 2020.

“We make blended families work,” Aguilera captioned an Instagram post with her ex at the time. “It’s a beautiful thing.”

Read More: Why Christina Aguilera and Fiance Matthew Rutler Have ‘No Plans’ to Wed