Show of support. Matty Healy took to Instagram on Sunday, December 13, to praise his girlfriend, FKA twigs, amid her legal battle with her ex Shia LaBeouf.

Shia LaBeouf’s Ups and Downs Through the Years Read article

The 1975 singer, 31, who was first linked to the singer-songwriter in January shared a smiling picture of the 32-year-old along with the caption, “legend icon loml” and a bunch of emojis including three crowns.

His post came two days after the Grammy nominee, whose real name is Tahliah Debrett Barnett, filed a lawsuit claiming that the Transformers star, 34, abused her multiple times and knowingly gave her a sexually transmitted disease during their yearlong relationship. 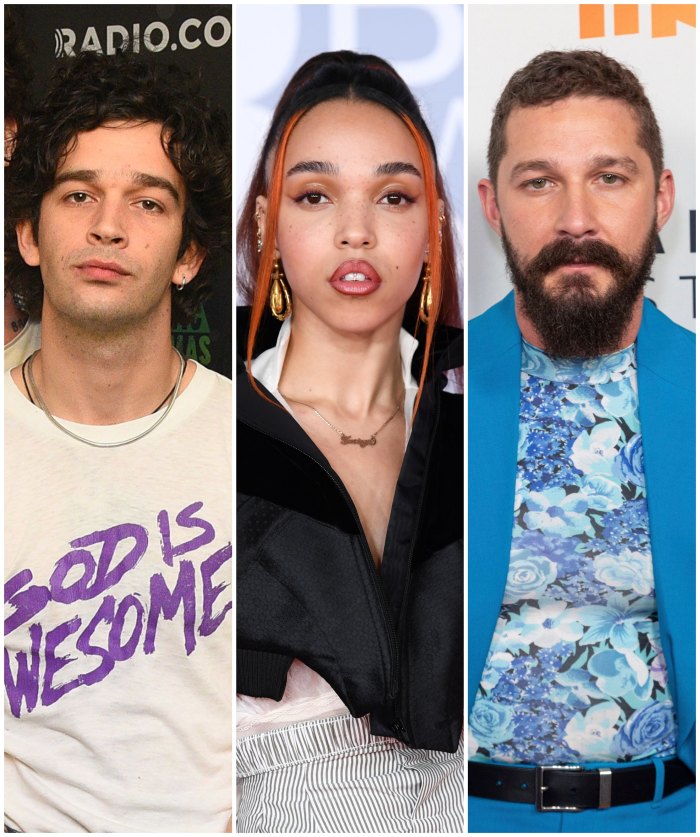 In documents obtained by Us Weekly, FKA twigs alleges that LaBeouf star repeatedly got angry with her, once waking her up during the night and choking her while they were on a trip to the desert in February 2019. On their way home, he drove recklessly without his seatbelt and threatened to crash the car. At a gas station, she claimed the actor threw her against the vehicle, screamed in her face and forced her back into the car.

The “Cellophane” singer says it was one of many incidents, as she accused her Honey Boy costar of “relentless abuse” including sexual battery, assault and infliction of emotional distress.

LaBeouf said in a statement to The New York Times that “many of these allegations are not true,” but said that he accepts “accountability” for his mistakes. He also revealed that he’s currently sober, in a 12-step program and in therapy. “I will forever be sorry to the people that I may have harmed along the way,” he added.

After FKA twigs’ allegations were made public, Sia came forward on Saturday, December 12, with her own claims against the former Disney Channel star.

“I too have been hurt emotionally by Shia, a pathological liar, who conned me into an adulterous relationship claiming to be single,” the “Cheap Thrills” singer, 44, tweeted. “I believe he’s very sick and have compassion for him AND his victims. Just know, if you love yourself- stay safe, stay away.”

Sia also tweeted her support for FKA twigs. “This is very courageous and I’m very proud of you,” she wrote in a second message.

“I’m sorry @sia,” the British star tweeted on Sunday. “This reinforces why I had to publicly share my experience. We need to support each other

In a follow-up, FKA twigs wrote, “Love you back @Sia you’re an inspiration and thank you everyone for your love and solidarity