Lesson learned. Austen Kroll and Craig Conover tested positive for COVID-19 after they didn’t follow safety protocols amid the pandemic.

The Bravo stars learned about their results during the Thursday, December 10, episode of Southern Charm. Craig’s girlfriend, Natalie Hegnauer, and Shep Rose‘s girlfriend, Taylor Ann Green, also tested positive for the virus. Shep, 40, was tested as well, but his results came back negative.

Craig also detailed his symptoms, which he described as mild. “I got dizzy a couple of times. Taylor feels it a lot too,” he explained. “But we didn’t have fevers. We didn’t have anything, it’s pretty strange.” 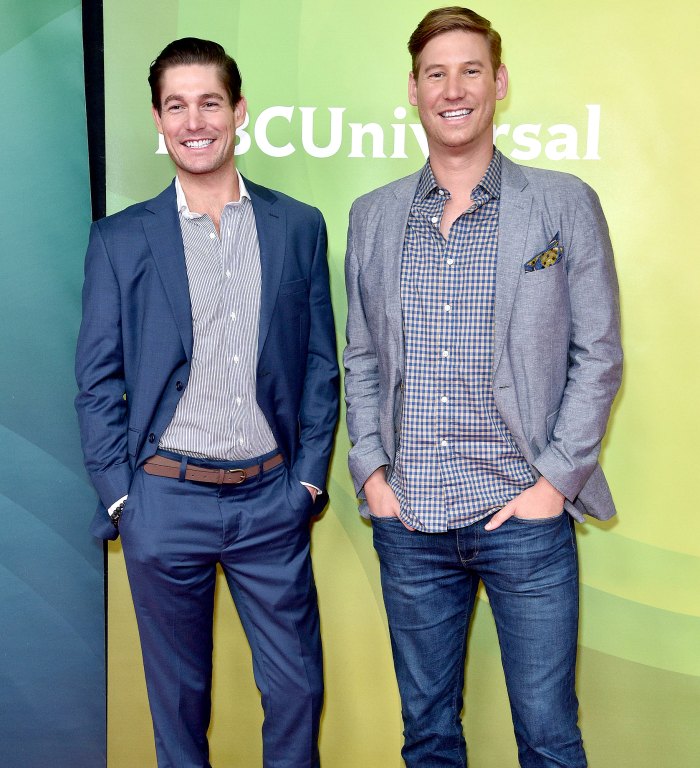 Austen admitted during a video chat with Craig, Shep and Whitney Sudler-Smith that he regretted not being more careful.

“Craig and I thought we were invincible,” he said. “It’s really weird to be a part of a statistic. Like, s–t, I am one of them.”

Austen’s diagnosis took a toll on his relationship with his girlfriend, Madison LeCroy, who was forced to shut down her hair salon and quarantine away from her 8-year-old son, Hudson.

“Austen’s behavior during the shutdown was heavy on the drinking, sleeping until noon and then playing video games,” the makeup artist, 30, said during the episode. “Sorry, but major turnoff for me. We are on two different wavelengths here.”

Madison added, “[Austen] and the boys run wild. I think they thought they were never going to get it.”

Later in the episode, Madison admitted that she couldn’t continue her relationship with Austen.

“I just expected you to do the right thing instead of run the town with your single boys,” she said. “We’re just two people on two different paths. You’re going ass-backward.”

Austen asked his girlfriend to give him “another chance,” but she was adamant about her decision.

“That’s not an option,” Madison told him. “I’ve learned my lesson. I wish you the best and I never regret anything. But, you’re not the one for me long-term.”

Madison exclusively told Us Weekly on Tuesday, December 8, that she and Austen are “1,000 percent single.”

The business owner revealed that the coronavirus pandemic was a contributing factor to their split.

“I definitely think that quarantine was either gonna make it or break [our] relationship, and unfortunately, we did not come out stronger,” she explained. “We weren’t even in quarantine together. We did for a short period of time, and then I think we both realized that maybe there was just too many things that had happened in the past for us to actually play house for 14 days or whatever it was.”