She Can’t Stop! Miley Cyrus Gets Chipotle to Name a Burrito After Her 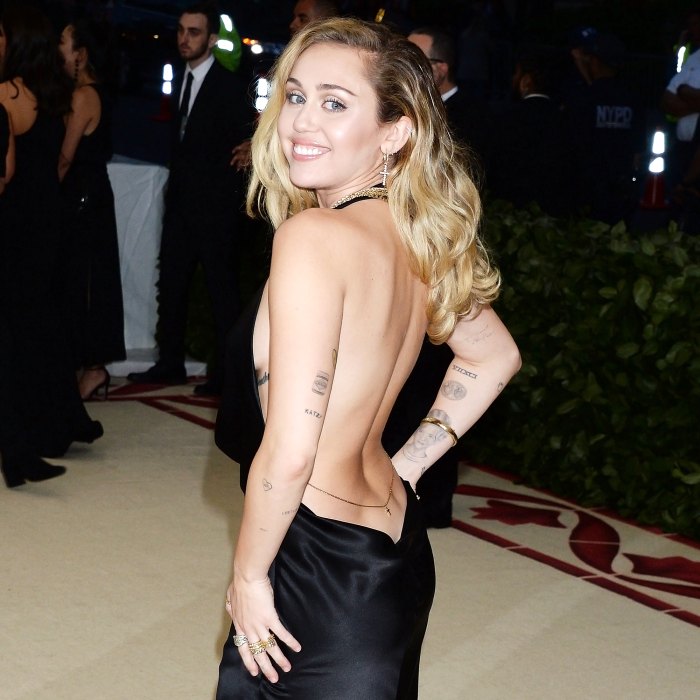 Order up! Miley Cyrus inspired a brand new meal at Chipotle after dropping a comment on the restaurant’s TikTok account.

The 28-year-old “Prisoner” singer has been lurking on the social media platform and leaving hilarious messages on fans’ videos in a trend TikTok users are branding as “If Miley Cyrus comments, I’ll do something.” On Tuesday, December 8, Chipotle got in on the joke.

“@mileycyrus down?” the fast-casual chain captioned a video of a burrito wrapped in aluminum foil, adding that they would name a menu item after the former Disney Channel star if she commented on the post.

Cyrus played along, replying, “Only if you name it ‘the Guac is extra but so is Miley’ burrito.” 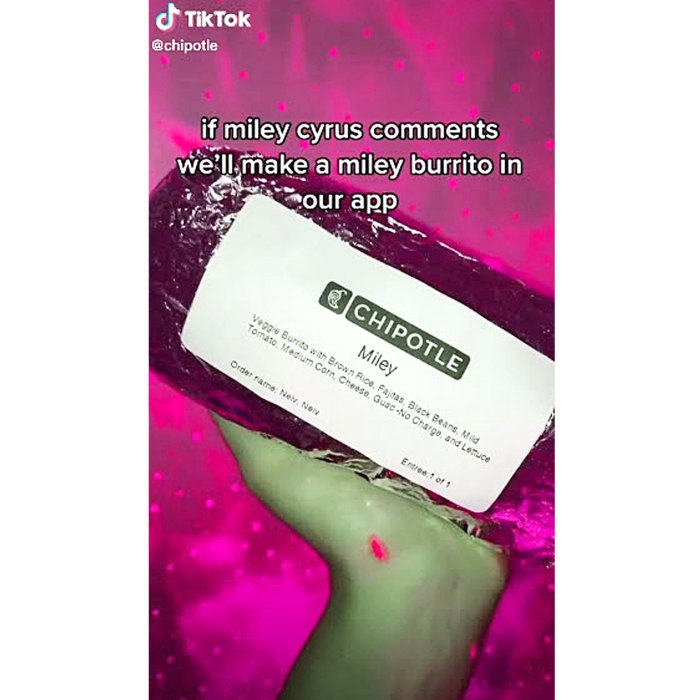 By the next day, the specialty meal was available in the restaurant’s app. Inspired by the “Plastic Hearts” singer’s go-to order, the burrito is chock full of white rice, black beans, fajita veggies, roasted chili-corn salsa, tomatillo-red chili salsa, romaine lettuce and guacamole.

Earlier this year, the Hannah Montana alum admitted that she had to make a few major changes to her diet after noticing that going vegan had triggered some health setbacks.

“I was vegan for a very long time and I’ve had to introduce fish and omegas into my life because my brain wasn’t functioning properly,” she said during an interview on “The Joe Rogan Experience” podcast in September. “[The vegans] are going to come for me and that’s OK. I’m used to people coming for me.”

Though she stuck to “the strictest [vegan diet] you’ve ever known” from 2013 to 2019, the plant-based regimen wasn’t sustainable for the “Midnight Sky” songstress. She broke her vegan streak for the first time after ex-husband Liam Hemsworth made her fish. The duo dated off and on for 10 years and split in August 2019 after exchanging vows just eight months prior.

Your Favorite Child Stars: All Grown Up! Read article

“I cried, like, for a long time. I cried for the fish,” Cyrus said in September, recalling her first time breaking vegan code. “It really hurts me to eat fish. … I’m experimenting a lot with my diet, and my body, and my routine and my exercise right now.”

Read More: She Can’t Stop! Miley Cyrus Gets Chipotle to Name a Burrito After Her