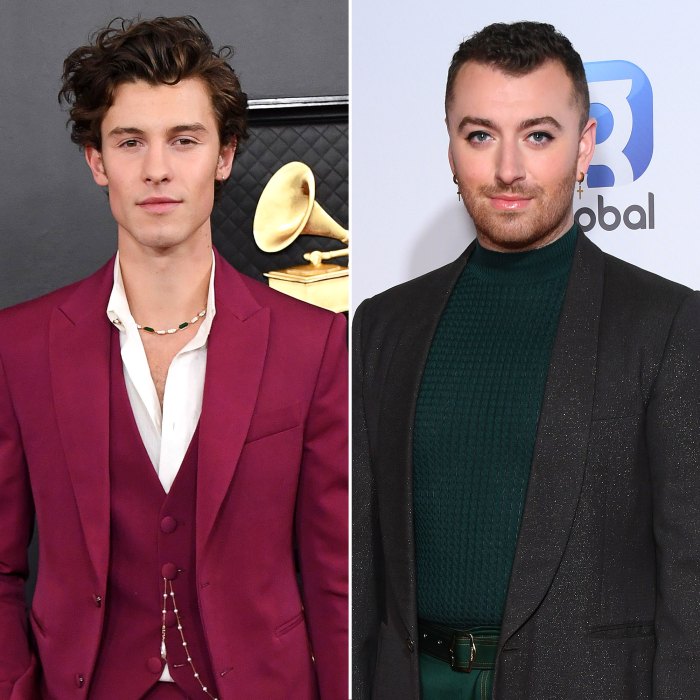 “Oh @samsmith I’m so sorry for reffering [sic] to you as a ‘he’ for your jingle ball introduction,” the “Wonder” singer, 22, wrote on his Instagram Stories on Friday, December 11. “It absolutely slipped my mind. Wont happen again..Sending you so much love !”

Mendes went on to call the “Stay With Me” singer, 28, “absolutely one of the funniest people I’ve ever met!”

Smith responded soon after, writing on their Instagram Stories, “We’re all learning together. Happy holidays, all my love xx.” 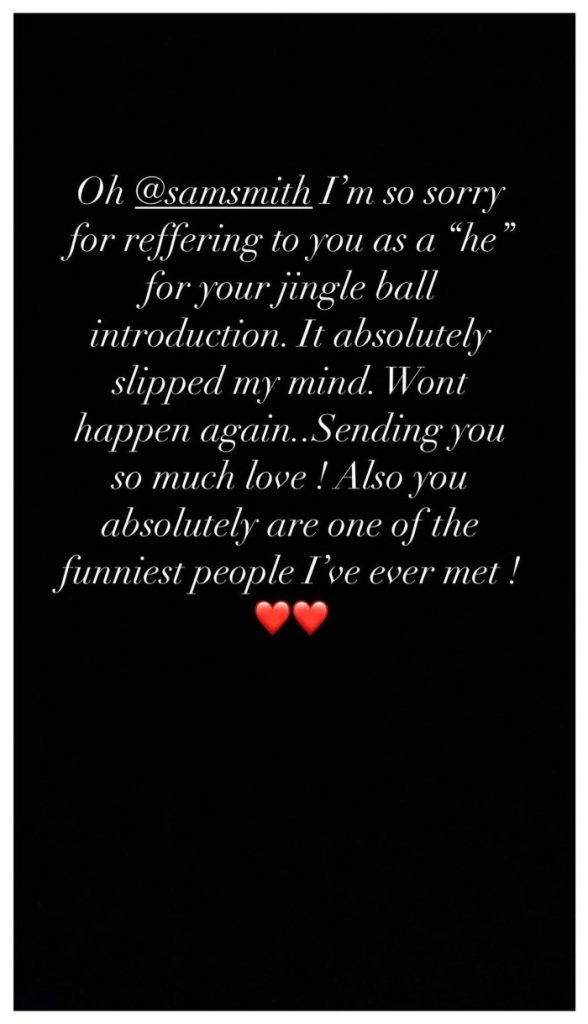 The Canada native came under fire on social media on Thursday for misgendering the Grammy winner. He repeatedly called Smith “he” and “him” at the all-star concert, which aired on The CW.

“Ill be waiting for a formal apology to @samsmith , @ShawnMendes please be a good role model,” one viewer tweeted. Another wrote, “I believe he didn’t do it on purpose but still.”

Others expressed outrage over the pretaped segment making it to air, with one Twitter user writing, “I’m less upset about @ShawnMendes misgendering @samsmith and more at THE ENTIRE STAFF of #JingleBall for allowing that to air!? do better.”

Smith came out as nonbinary in September 2019, writing via Instagram, “Today is a good day so here goes. I’ve decided I am changing my pronouns to THEY/THEM. After a lifetime of being at war with my gender I’ve decided to embrace myself for who I am, inside and out.”

The London native acknowledged that they were “scared s–tless” to come out but felt “so excited and privileged to be surrounded by people” who supported them.

“I understand there will be many mistakes and mis gendering but all I ask is you please please try,” they concluded. “I hope you can see me like I see myself now. Thank you.”

Despite Thursday’s slip of the tongue, Mendes has long been a vocal advocate for the LGBTQ community. After his longtime collaborator Teddy Geiger came out as transgender and began using she/her pronouns in November 2017, the “In My Blood” crooner celebrated the news.

“I remember the day I said ‘she,’ and it wasn’t because I said it consciously, it was because I said it without thinking, basically just in conversation. I didn’t realize I did it, but she looked at me and she had the most incredible look in her eyes,” he told Entertainment Weekly in May 2018. “If every person in the world had one of their best friends look at them that way, and express that much joy in what it meant for her to be referred to as the pronoun she is, there would no longer be an argument [over trans rights]. People would just understand.”