Royal baby on board! Zara Tindall is expecting her third child with her husband, Mike Tindall.

“It’s been a good week for me. [Zara] had a little scan last week. Third Tindall on its way,” the retired rugby player, 42, announced on the podcast he cohosts, “The Good, The Bad & The Rugby,” on Tuesday, December 8.

Mike, who already shares daughters Mia Grace, 6, and Lena Elizabeth, 2, with the equestrian, told his cohosts, James Haskell and Alex Payne, “I’d like a boy this time. I’ve got two girls. I would like a boy. I’ll love it whether a boy or a girl, but please be a boy.” 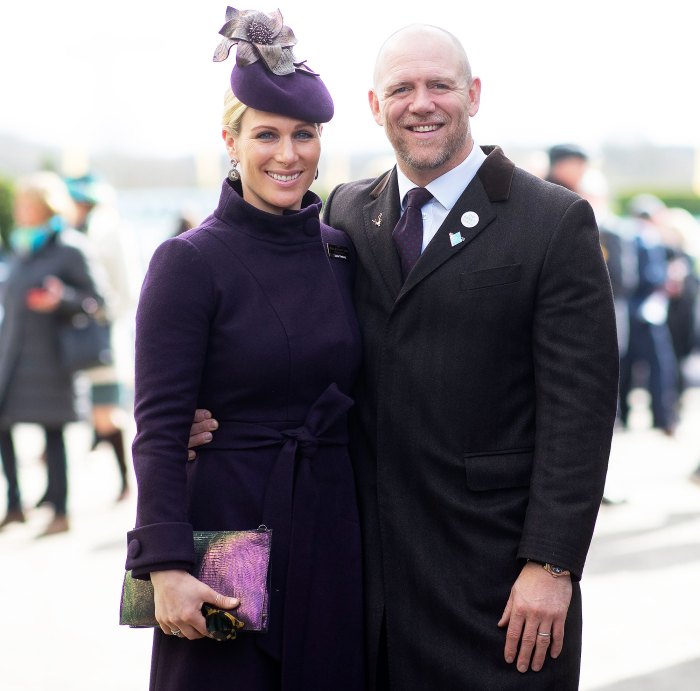 The former Gloucester Rugby star went on to joke that he and Zara, 39, have considering naming their baby-to-be after the ongoing COVID-19 pandemic.

“We’re not sure what to do, Covi or Covina,” he said with a laugh. “I don’t know where to go with names.”

Buckingham Palace also confirmed on Tuesday that Queen Elizabeth II and Prince Philip’s eldest granddaughter is pregnant. A spokesperson told the Daily Mail, “Her Majesty and the Duke of Edinburgh are aware and delighted.” This will be the queen’s ninth great-grandchild.

Zara and Mike met in 2003 and announced their engagement seven years later. They married at the Canongate Kirk in Edinburgh, Scotland, in July 2011. The couple became parents in January 2014 when Mia arrived and again in June 2018 when Lena was born.

One month after welcoming her second child, the Olympian, who is godmother to her cousin Prince William’s son Prince George, revealed that she had previously suffered two miscarriages.

“You need to go through a period where you don’t talk about it because it’s so raw,” she told The Sunday Times in July 2018. “But as with everything, time’s a great healer.”