Bun in the oven! Jenny Slate is pregnant and expecting her first child with fiancé Ben Shattuck.

The Saturday Night Live alum, 38, announced the news during her appearance on the Thursday, December 10, episode of Late Night With Seth Meyers. Slate revealed that being in quarantine amid the coronavirus pandemic played a factor in her pregnancy. 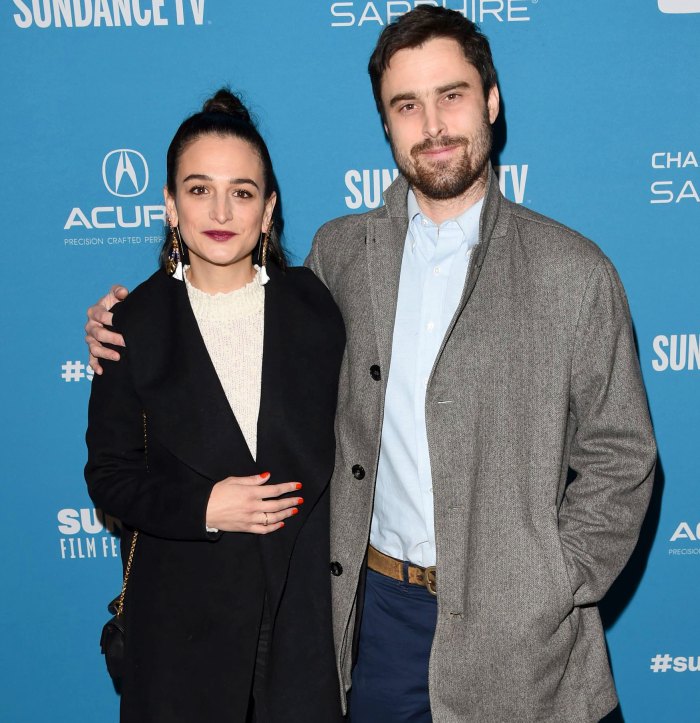 “Let me tell you, on night one of the lockdown, we had a really romantic night of being together, real sweet with my fiancé,” she explained. “And then I did what everyone else did. I kind of hunkered down and baked a lot of bread. But I just want to say I think I might have baked too much bread or eaten too much bread. You tell me, Seth.”

Slate then stood up to reveal her baby bump in a tight black dress. “It’s different. I feel different,” she quipped. “Um, how have the exact last nine months been? They’ve been real pregnant for me.”

The Big Mouth star added that quarantine was a good time for her to get pregnant. 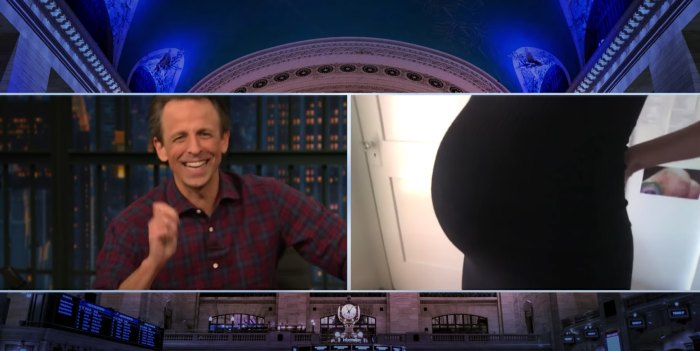 “It’s very nice to have something that’s incredibly positive during a time that’s hard and sad,” she said. “It’s nice to have a little secret treasure. But yeah, I’ve basically been just chilling out, doing exactly what I want to do, not having to see anyone or figure out how to gracefully wear pants. I haven’t worn pants in many moons.”

The Parks and Recreation alum and Shattuck, 36, got engaged in September 2019 after less than a year of dating. Slate revealed via Instagram that the writer popped the question.

“He took me to France and made a picnic and made me feel happy and free and then he asked me to marry him and i screamed YES,” Slate wrote at the time. “I love you @benshattuck_art, you are the kindest and brightest and I am so grateful and here we go and keep going ❤️?❤️.”

Slate praised her relationship with Shattuck on Refinery29’s “Unstyled” podcast in June 2019.

“I have this faith now — I do — that I can have this beautiful relationship with this man that I deeply love,” she said at the time. “That I can have a full life, that I can live on this peninsula in Massachusetts where I live right now, and have my career, and that I can feel beauty in myself in so many ways.”

The House of Lies alum previously dated Chris Evans on and off for two years before they called it quits in March 2018.