No longer on the hunt! Sharna Burgess revealed she found a new man after going on “so many social distancing dates” amid the coronavirus pandemic.

“It’s been really awesome,” Burgess, 35, exclusively told Us Weekly on Monday, December 7, while promoting her work with EBY and Deepak Chopra’s Love in Action initiative. “I actually am not on the market anymore. But it’s very new and very, you know, it’s dating, essentially. No one’s calling us a relationship yet.”

The Dancing With the Stars pro added: “How funny would it be if I actually found the love of my life during a pandemic?” 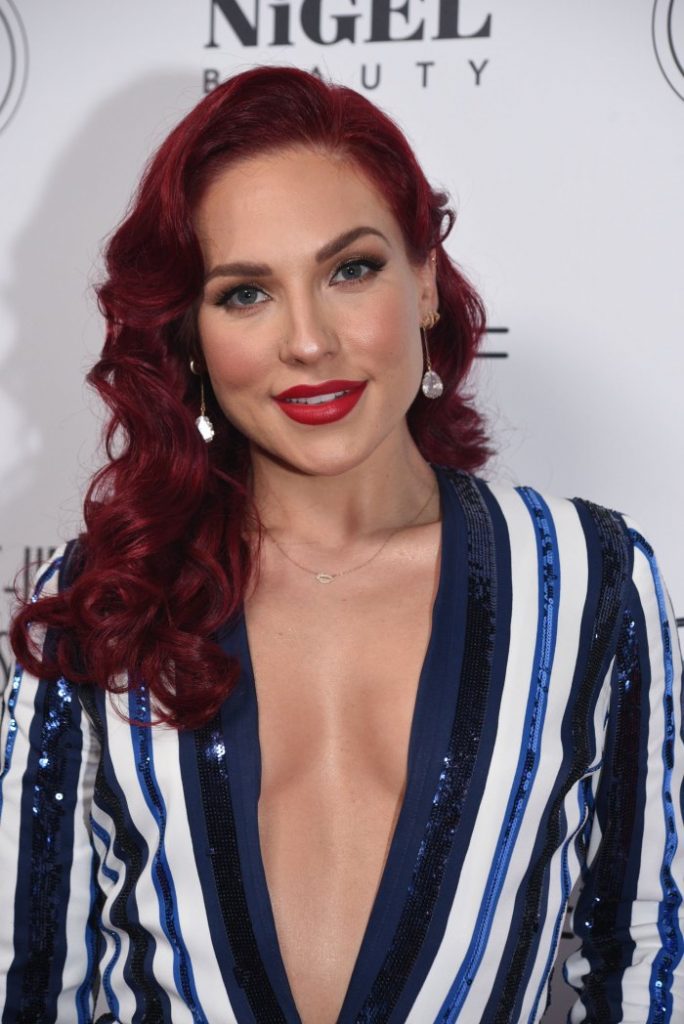 Burgess noted that dating amid the coronavirus crisis meant going to the park and getting “separate blankets and sitting six feet apart” in order to get to know each other.

The Australian dancer explained that now that she’s seeing someone, she has become more private about her dating life.

“I thought that when I met someone, I would be like scream it from the mountain tops,” she told Us. “And it’s actually, it’s almost the opposite. I want to hold it close to me for just as long as I can to stay in this space and just enjoy that human for as much as I can.”

Burgess revealed that she is still in the early stages with her mystery man but said “it feels different to all the rest of them.”

The ballroom dancer revealed that she met her new flame through a mutual friend and “the rest is history … for now.”

Back in October, the choreographer sparked relationship speculation with Selling Sunset’s Jason Oppenheim after the pair were photographed together.

Oppenheim, however, shut down the romance rumors last month, telling Us exclusively that “nothing romantic” has happened between the pair.

“We just went to lunch a couple of times,” he said, adding that he’s “not huge on dating.”

In addition to looking for love, Burgess has been focused on helping women support their mental health by becoming part of the Love in Action campaign. It was created by The Chopra Foundation and Sofia Vergara’s line EBY to help women facing difficulties amid the pandemic.

“Everyone is struggling within mental health right now. This pandemic, this quarantine, loss of work, everything that is happening, is just putting a real pressure on everybody in their everyday lives,” Burgess told Us. “And sometimes we don’t know how to get out of that, how to fix it, how to change it. And what [EBY cofounder] Renata [Black] was talking to me about was this program that they have put together. These steps, these tools specifically for the pandemic and helping with your mental health.”

She continued: “It’s very simple. You get four emails a month and you get four text messages a month. And they’re little reminders about things that you can do to help your mental health, to get out of a funk, to change your perspective, to find some gratitude in your practice and what you’re doing. And just to help you change your mindset with everything that’s going on.”