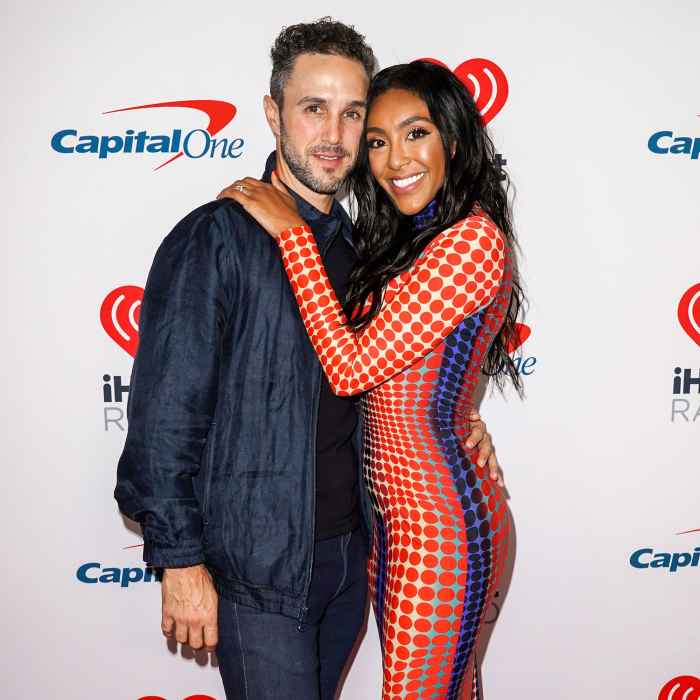 Not having it! Zac Clark clapped back at a social media troll who slammed Tayshia Adams over her recent bikini photos.

“Just out here lookin’ for Kim and Pete … But also, that Newport sun hits different 🌞🙌🏾💫,” the former Bachelorette, 31, captioned a series of Instagram beach snaps on Wednesday, June 15, showing off her bikini body.

While many comments were positive, including fire emojis and questions about Adams’ fitness regiment, one user’s negative remarks promoted Clark, 38, to defend his ex-fiancée. 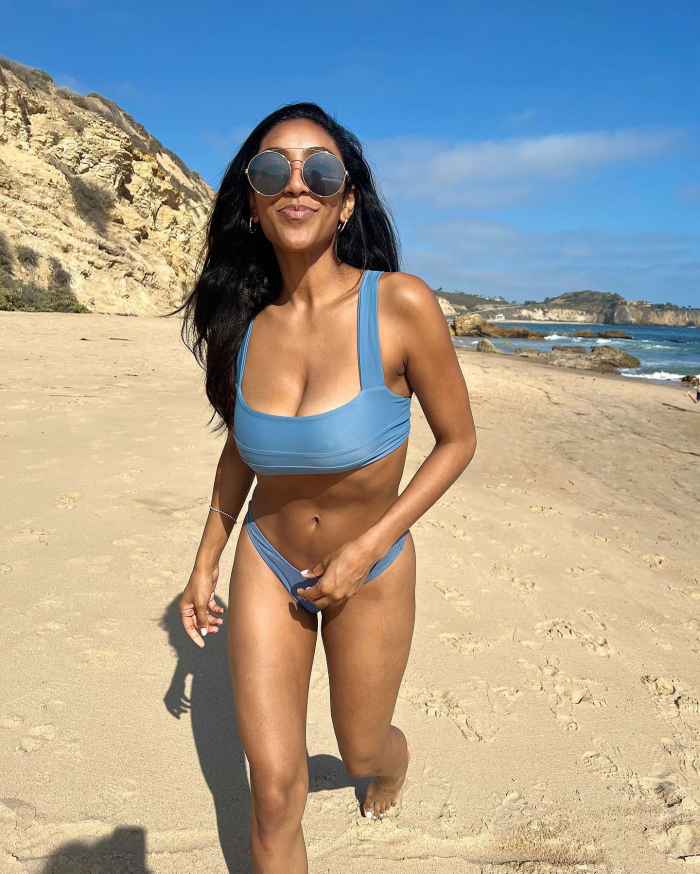 “I think you need to get over yourself. Remember when you dated @zwclark and didn’t constantly post selfies and boobs and bikinis of yourself?” the troll wrote on Wednesday. “Yeah get back to that honey @tayshia because nobody cares at how fancy you think you are. You’re still a girl from a reality show with a guy who cheated on you ….”

Clark, who split from Adams in November 2021, shut down the hater, writing, “Enough is enough. One of the problems with social media is it gives people like you a voice and unwarranted power. The truth is, we see this s—t, I see this s—t.”

The addiction specialist called out the user, adding, “It is hard to avoid and it is just not nice, especially when you have no idea what you are talking about/you just make s—t up. I struggle to see why you would be mean for no reason, being kind is so much easier, I promise.”

The New Jersey native then gave his former flame a shout-out, writing, “So @tayshia f—k the noise and keep doing your thing. Wear the clothes you want to wear, take the videos you want to take and keep shining.”

Clark concluded: “I know you and I know you to be a really good person.”

Adams and Clark fell for one another on season 16 of The Bachelorette. The twosome called off their engagement in November 2021, nearly one year after their proposal aired on ABC in December 2020.

Since their split, the Release Recovery founder “hasn’t started going on dates but is open to it,” a source exclusively told Us Weekly in February. “He gets excited about the idea of dating again but has trust issues from being in the spotlight.”

The former Bachelorette cohost, for her part, has decided to focus on her career aspirations, exclusively telling Us in March that her dating life was “pretty nonexistent” at the moment.

“I really have no desire [to date]. … Maybe [in] a year from now,” Adams explained. “I feel like my main focus right now is myself, my career, my mental health, my happiness, my family, my friends and really just becoming my own [person], and I’m really happy with that.”

Last month, the MTV Movie & TV Awards Unscripted host doubled down on her current life plan, calling out any of her fans who think she’s made the wrong choice.

“I think some of you fail to remember that I stated this at the very beginning of my journey. I want to build an empire, I want to go after my dreams and I want my partner to be supportive of that as they follow their own dreams as well,” she wrote via Instagram on May 4. “I want a relationship where we can cheer each other on. None of that has changed.”

The former “Click Bait” podcast cohost concluded: “So before you confuse the fact that I’m in the wrong for focusing on my career solo rather than with someone by my side and not ‘wanting to be married or start a family,’ which is not for everyone (which is incredibly rude to say BTW) maybe applaud me for not settling, staying true to myself, going after my dreams and working on myself in the interim to be the best version of me for the right person.”