Candace may be gone — but Ambyr Childers still has some thoughts! The actress, 32, who portrayed Joe’s ex-girlfriend in seasons 1 and 2 of You, opened up exclusively to Us Weekly about the couple who will lead season 3, now that her character is dead.

Heating Up! The Most Memorable TV Love Triangles of the Last Decade Read article

“I would say that there’s definitely a chance that they’re a match made in heaven,” the Aquarius alum told Us about Love (Victoria Pedretti) and Joe (Penn Badgley) while promoting her partnership with The Chopra Foundation and EBY. “I’m really excited. I’ll be watching season 3, for sure.” 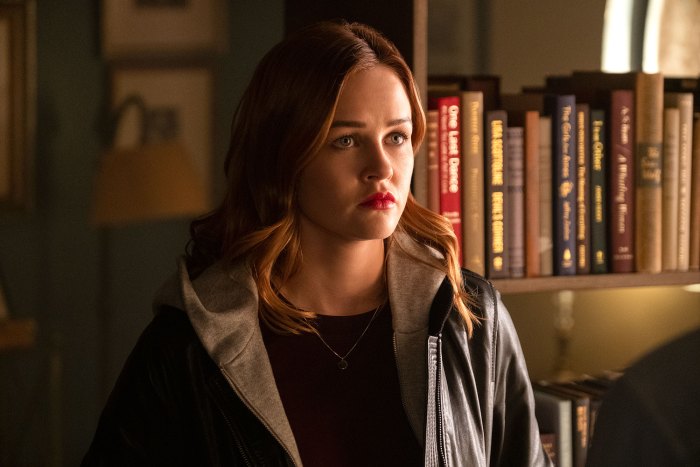 At the end of season 1, fans who shocked to see Candace alive and well, after Joe had seemingly killed her. He thought he had left her for dead and no idea that she had escaped. During season 2, she turned the tables on him, stalking him and threatening to reveal to the world — and prove — that he had tried to kill her. Ultimately, however, she was killed — not at the hand of Joe, but by his new girlfriend, Love, who she had tried so hard to protect.

While her character is definitely dead, Childers “would love to” come back in flashbacks if asked.

“I would be so happy. I was so fortunate to be a part of this show and I’m just excited,” she told Us. “So I don’t know what for … potentially, she can come back and haunt Love or Joe.” 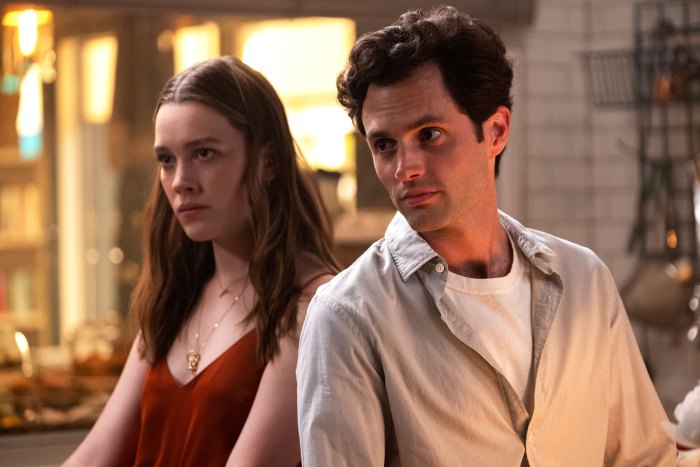 The former Ray Donovan actress found power in playing Candace, she revealed in 2019.

“I love the strength that Candace has. I’m meeting Candace at a time in my life where I’m like, ‘OK. I like that. This is what I need,’” Childers told StyleCaster at the time. “As women, we can all be too hard on ourselves. I believe in the power of sisterhood. If you can be an example for women out there of coming together and supporting one another, I think we can make a better world in the future.”

The Arizona native, who shares daughters London, 10, and Rylee, 7, with ex-husband Randall Emmett, is still focused on making things better in the world.

“My new year’s resolution is just to continue to work on mental health,” she shared with Us. “I think it’s really important to slow down. I think that’s something that 2020 has taught us all. We go, go, go, go, go. And this is such a fast-paced world, but you know, we’ve seen in 2020 that life is so short. Unfortunately, things can happen so quickly. So [it’s all about] taking the time to appreciate the moments and celebrate our friends and our family. I think that that’s something that — not only me, but I see in my own community, within my own group of friends — we’ve definitely learned this year: appreciation and just being so thankful for what we have.”

Stars Speak Up About Mental Health Amid COVID-19 Read article

The Ambyr Childers Jewelry cocreator has teamed up with RBY and The Chopra Foundation; the collaboration addresses women — particularly single mothers — who have been disproportionately affected by the coronavirus pandemic.