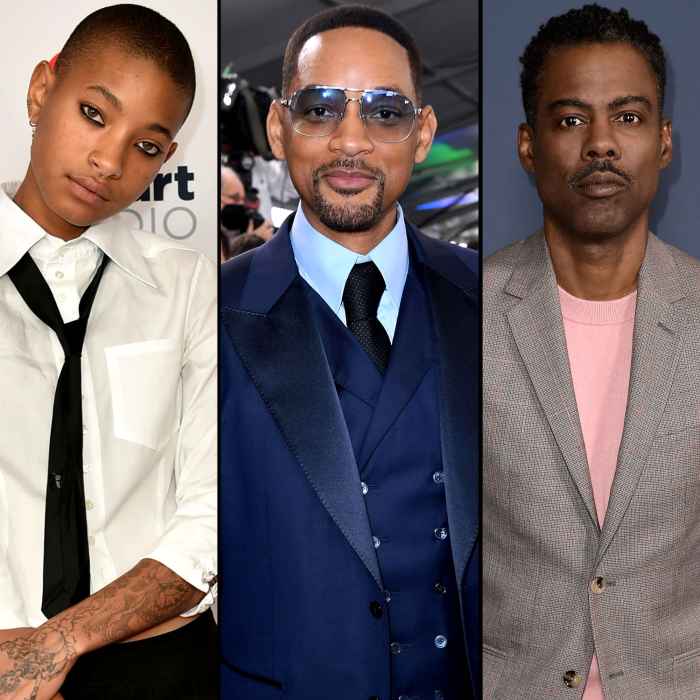 Familial support. Willow Smith is opening up about the infamous moment when her dad, Will Smith, slapped Chris Rock on stage at the 2022 Oscars.

Will Smith and Chris Rock’s 2022 Oscars Incident: Everything to Know Read article

“I see my whole family as being human, and I love and accept them for all their humanness,” the musician, 21, told Billboard in a Friday, August 5, interview. “Because of the position that we’re in, our humanness sometimes isn’t accepted, and we’re expected to act in a way that isn’t conducive to a healthy human life and isn’t conducive to being honest.”

The “Transparent Soul” singer continued by saying that the awards show altercation didn’t “rock me as much as my own internal demons.”

The headline-making incident took place at the Academy Awards on March 27 after Rock, 57, made a comment about Will’s wife, Jada Pinkett Smith, appearing in a G.I. Jane sequel due to her shaved head. The Red Table Talk host, 50, has been candid about her battle with alopecia, which causes hair loss. The quip prompted the Fresh Prince of Bel-Air alum, 53, to march up to the stage and smack the comedian across the face.

Willow subtly weighed in on the matter two days after the incident, sharing a quote via her Instagram Story. “You know who’s going through a lot right now? Literally everyone,” the quote stated. “Just be kind.” The pop star did not, however, formally comment on the situation until the Billboard interview. 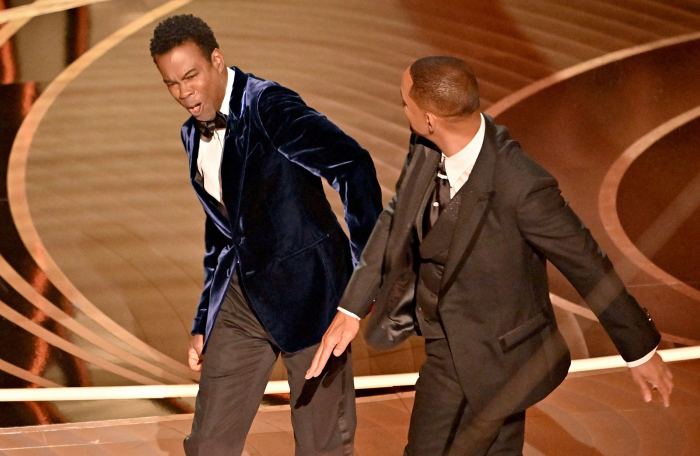 Will, for his part, publicly apologized to the Saturday Night Live alum in a lengthy Instagram message a day after the ceremony, calling “violence in all forms poisonous and destructive.” He was subsequently banned from all Academy Awards events for the next 10 years and resigned from the Academy of Motion Picture Arts and Sciences.

The Pursuit of Happyness actor once again shared his remorse for the incident in July.

“I hate when I let people down. So, it hurts, it hurts me psychologically and emotionally to know I didn’t live up to people’s image and impression of me,” the King Richard star stated in the emotional video. “And the work I’m trying to do is, I am deeply remorseful and I’m trying to be remorseful without being ashamed of myself. I’m human and I made a mistake, and I’m trying not to think of myself as a piece of s–t.”

Rock, for his part, is standing back for now. “Chris has no immediate plans to have a one-on-one with Will,” a source exclusively told Us Weekly on Tuesday, August 2, regarding the Grown Ups star’s reaction to Will’s latest apology video. “He’s moving forward.”

Though Rock hasn’t directly addressed the situation with the Men in Black actor, he has referenced the confrontation during many of his stand-up comedy routines following the highly-publicized incident.

“Anyone who says words hurt has never been punched in the face,” he joked during his set at the PNC Bank Arts Center in Holmdel, New Jersey, in July, an eyewitness exclusively shared with Us at the time. The audience member also revealed that the Good Hair director also called Will “Suge Smith,” seemingly referring to Death Row Records CEO Suge Knight, who is in prison for manslaughter.