Why Abbi Jacobson, D’Arcy Carden Sobbed Over ‘League of Their Own’

Abbi Jacobson is making A League of Their Own — her own. The Broad City alum is accomplishing what she set out to do by exploring topics of sexuality and racism in her new Prime Video adaptation of the 1992 film of the same name.

‘A League of Their Own’: Everything to Know

Jacobson, 38, plays Carson Shaw in the sports drama, a married woman who joins the league while her husband (Patrick J. Adams) is serving in World War II. The series focuses on the history of the All-American Girls Professional Baseball League, which led to the queer story arc between Carson and Greta Gill, played by Jacobson’s real-life best friend, D’Arcy Carden.

“I think a lot of queer people, obviously not speaking for everyone, a lot of queer people have had an experience of their first queer experience being [a] very important and pivotal moment in their lives and a very important person that sort of helps you know yourself in that way or pulls you into that world,” Jacobson exclusively tells Us Weekly. “Greta’s character is really guarded and has a lot of boundaries up and is going to shed layers over the course of the season. And in the beginning of the pilot, there’s a line that’s so harsh and where she says, ‘I thought so’ after the kiss at the end of the pilot. And that felt so like, it makes me angry even to think about it because that’s such a, ‘What’s happening?’ [moment]. And then you see why she does it. You see why she’s with the soldier at the end of that episode. And just to have those two individuals meet and the way in which they change each other’s lives — I think that was what we were going for. That your first queer experience is so important for all the reasons, but also Carson is really important to Greta too. And that she really opens her up again. I think Greta kind of feels like she wouldn’t allow herself to fall in love in that way.”

‘A League of Their Own’ Cast: Where Are They Now?

In April 2021, Jacobson said the series would focus on “queerness in a huge way” during an appearance on “The Last Laugh” podcast. “Believe it or not, a lot of the women who played baseball were queer!” she said at the time. “We’re not trying to ruin the movie. We’re just trying to explore a little bit more about what was really going on with these women and dive a little deeper.” 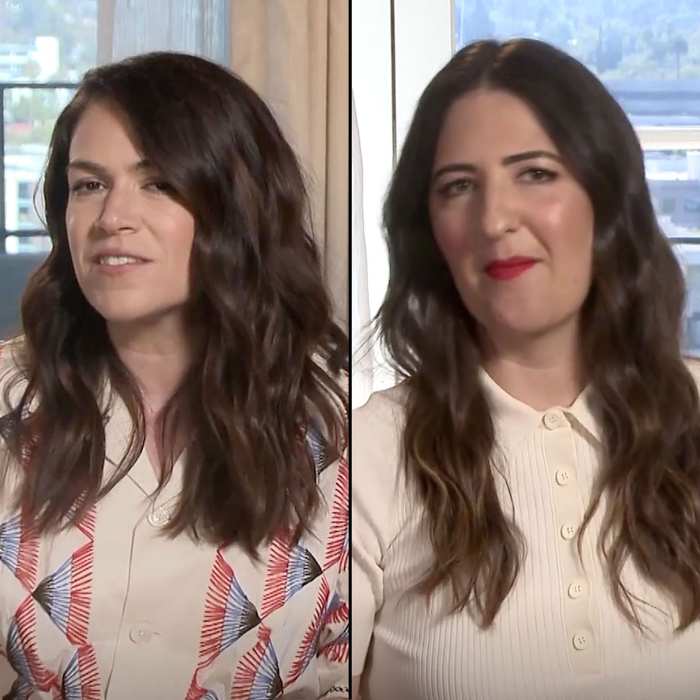 For Carden, the characters’ relationship is “tumultuous,” “confusing” and “complex” — and she’s rooting for them all the way.

“Abbi And I really fell in love with our characters. Carson and Abbi are one and me and Greta are one and we really wanted to honor these characters. Abbi and I would always talk about a scene that we would have coming up and we would always go, ‘Aww!’ We would find ourselves being like, ‘Oh, I just wanted it to work out for them!’” she told Us. “She’s writing these scenes that are breakup scenes or whatever and we’re just sobbing.”

Jacobson and the Good Place alum, 42, have known each other for more than 15 years after meeting at UCB [Upright Citizens Brigade Theatre] in New York. And that familiarity shows on screen. 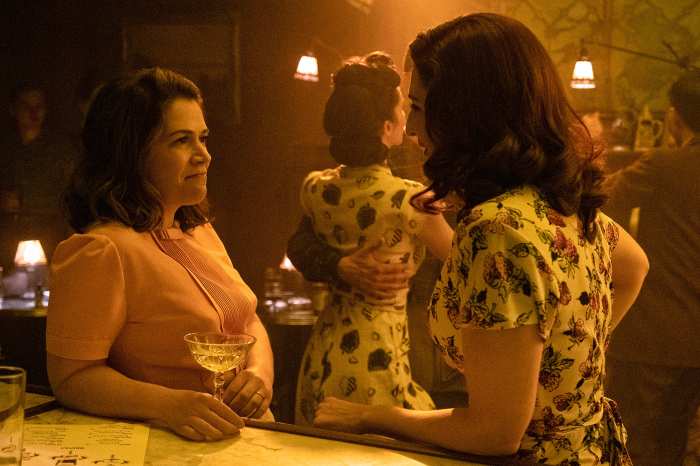 “I feel like when you start there you just feel the history. I’m not in love with Darcy romantically, but I’m definitely in love with her as one of my best friends. And I think she’s the kind of Greta that we needed where I think the audience immediately falls in love with her too,” the co-creator tells Us.

Jacobson even shared a sweet gesture when she offered Carden the part. She left a baseball mitt on her doorstep asking her to play Greta. 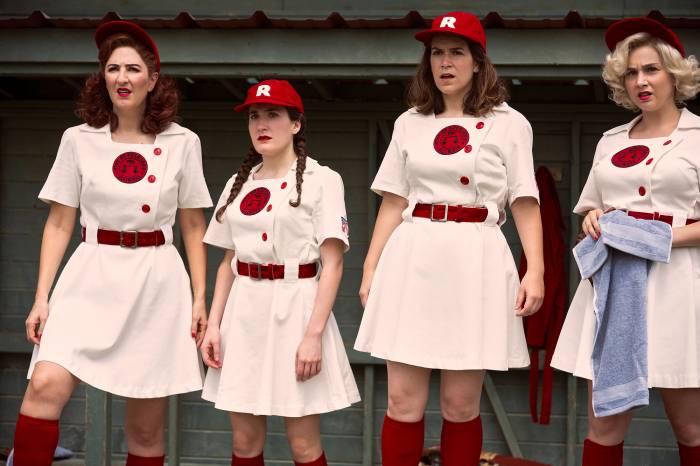 “It’s pretty special to get to play these two characters with each other. And it wasn’t lost on us that we got to. We would kind of pinch ourselves a lot,” Carden gushed to Us. “There was a lot of like, ‘Look around, holy crap. Can you believe that this is what we get to do with each other?’”

A League of Their Own premieres on Prime Video on Friday, August 12.

Read More: Why Abbi Jacobson, D’Arcy Carden Sobbed Over ‘League of Their Own’