Setting the record straight! Big Brother: All Stars alum Memphis Garrett’s ex-girlfriend Dominique Scalise broke down the timeline of their post-show split and when exactly he moved on with costar Christmas Abbott.

“I wasn’t completely surprised by the relationship,” she said on the “Reality Steve Podcast” on Thursday, December 10. “I left Fort Lauderdale four weeks ago, about a week after he got off the show. And when he left, we kind of just said we were gonna go our separate ways and take some time, and then he reached out to me last week and said, ‘Hey, Christmas was in town and some pictures might surface, and we went out and we were drinking and people saw us in bars, and I just wanted to give you the heads up.’”

Scalise admitted that she “gave him the ‘I don’t really give a s–t response,’” but only two days later, she saw the news of Garrett’s relationship with Abbott on the internet. 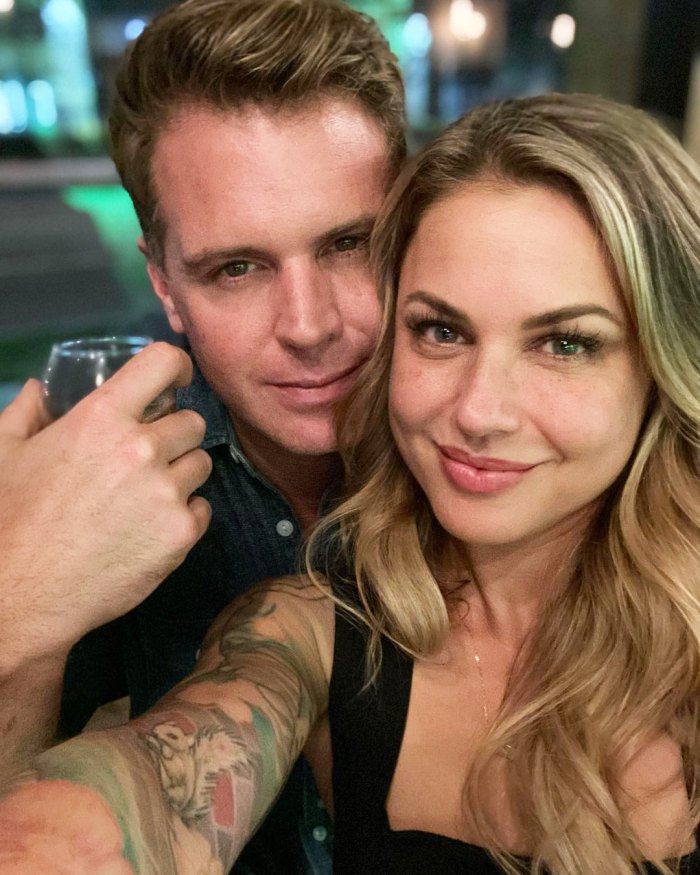 “[He] never said it, so it was kind of a shock to me because it more so sounded like, ‘Hey, we were at a bar drinking and some fans saw us and took some photos,’ which I already knew about because I saw them on Instagram,” she said. “But never did he say, ‘Hey, the weekend she got here, we set up a photo shoot, did a bunch of interviews … and all of that will be coming out this weekend.’”

Scalise said on the podcast that she started dating the restaurant owner, 38, at the beginning of the COVID-19 pandemic after meeting in Las Vegas. She quarantined with him and his 5-year-old son, River, whom he shares with ex-wife Ashley Zuppas, in Florida before he flew to California over the summer to begin filming the CBS reality show.

“Before he left, he asked me to move in. He was like, ‘By the time I get back, if I end up doing this in the long run, I hope that you’re moved in here when I get back,’” Scalise claimed. “And that kind of was the plan. When he left, he was like, ‘My house is your house, and I’d like you to spend most of your time here.’ I was gonna take a job in Chicago, and he was like, ‘You know, I really don’t feel comfortable with you taking this job in Chicago,’ and that’s when I agreed to help out with [his] restaurant. I mean, he wasn’t paying me or anything. I was just doing it as what any normal girlfriend would do.”

Eventually, the former couple parted ways — and that’s when the season 10 runner-up reunited with Abbott, 38, who was also newly single.

The reality stars announced via Instagram on December 1 that they were an item. Garrett exclusively told Us Weekly at the time that he “knew around week six in the house that there was something special about” the fitness coach, who insisted to Us that “no one was inappropriate” before they got together.

“We both had to respectfully take care of situations we were in and needed some time,” Garrett added. “That time apart made me realize I couldn’t be without her.”