Did Clare Crawley and Dale Moss already say “I do?” Not so fast, Bachelor Nation.

The former Bachelorette, 39, had fans wondering whether she and her fiancé, 32, had already tied the knot after she playfully called Moss her spouse in an Instagram Story on Thursday, December 10. “Nothing makes me happier than grocery shopping with my husband,” she teased in a video, walking down the street in a black coat and face mask amid the coronavirus pandemic.

After sparking wedding speculation, Crawley reassured her followers that she and the South Dakota native were taking their sweet time before walking down the aisle.

“Slip of the tongue!” she wrote in a separate Instagram Story on Thursday. “We aren’t married!” 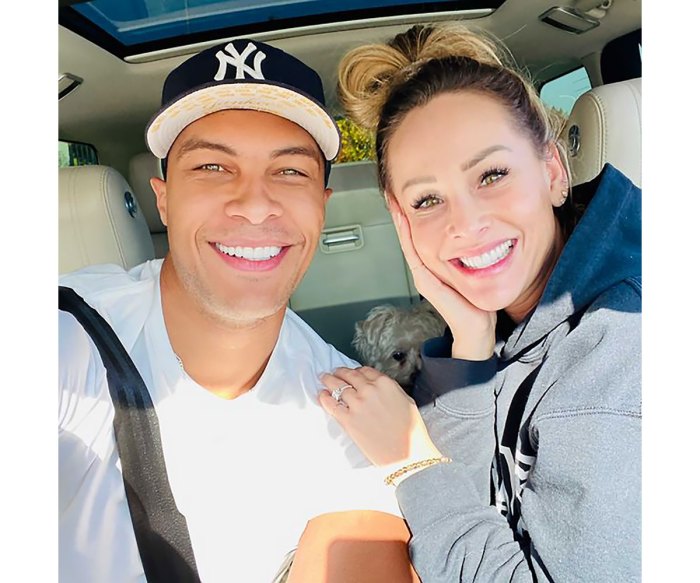 The couple’s whirlwind romance broke Bachelorette protocol during the 16th season of the ABC dating series. Crawley was announced in March as the franchise’s oldest lead in history — but her journey to finding The One came with a few twists and turns. Production was originally delayed as the COVID-19 crisis shut down Hollywood and picked up in Palm Springs, California, in the summer. At the time, a source told Us Weekly exclusively that the Bachelor Winter Games alum “really hit it off” with one of her suitors before filming even began.

Juan Pablo Galavis’ Season 18 of ‘The Bachelor’: Where Are They Now? Read article

Crawley eventually decided to ditch the show when she fell head over heels for Moss just weeks into the process. Us confirmed in August that Tayshia Adams was cast as a second lead following Crawley’s exit.

Moss got down on one knee during a November episode of The Bachelorette and the happy couple left the show together. During a revealing sit-down interview with host Chris Harrison, Crawley detailed how she knew Moss was her perfect match.

“Everything he was looking for was everything I was looking for,” she said in November. “He doesn’t even realize he does this for me, but last night, I was having the worst anxiety ever, and you showed up when I was pacing around the pool with anxiety. He just grabbed my hand and paced with me around the pool. That’s all I’ve ever wanted is a man to show up for me — not only when it’s easy, not only when it’s good and fun and pretty in ball gowns and all that. But, like, show up when I’m in my yoga pants and no makeup, and my hair’s in a greasy knot. Like, show up for me. He’s done that every single time.”

If You Know You Know! Bachelor Nation Reacts to Clare and Dale’s Engagement Read article

While much of Bachelor Nation supported Crawley’s decision to follow her heart, others have their doubts about whether the couple can make their love last. Season 13 Bachelor star Melissa Rycroft isn’t sure that the twosome has a strong enough “foundation” to be each other’s forever.

“I mean, the pessimist in me is saying it’s probably not going to work out,” she told Us exclusively in November. “The romantic though, is like, maybe. I mean, for Clare’s sake, we all want it to work out because heaven forbid it doesn’t, seriously.”