Weakest Link is back and better than ever! The hit British import and international game show phenomenon is finally here with a new version that will deliver the same fast-paced and quick-witted pillars of the original British format with some fresh modern twists.

One of the changes this time around is Jane Lynch taking over as host, which Anne Robinson held on the BBC version from 2000 to 2012.

“I’ve been a longtime fan of this game-changing quiz show since it first debuted,” Lynch said in a press release. “Each time the phrase ‘You are the weakest link. Goodbye.’ passes my lips, it will be with great reverence and delight.”

‘Glee’ Cast: Where Are They Now? Read article 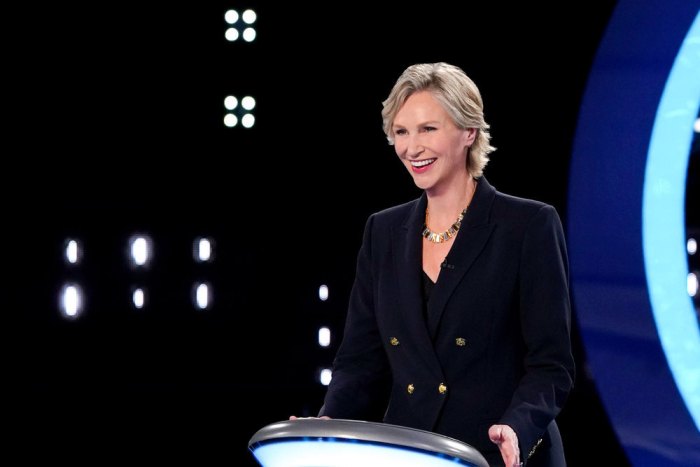 And that is certainly the case for the Glee star. In each episode, eight contestants enter the studio as total strangers, but work together to bank the maximum amount of prize money available in each round. They then take turns answering general knowledge questions to build chains of correct answers that consecutively increase the value of the chain. Incorrect answers, meanwhile, break the chain and force the contestants to start over on the lowest rung with the smallest amount money.

At the end of each round, contestants vote to eliminate the contestant they consider to be the “weakest link” in the chain. The one who receives the highest number of votes leaves the game as Lynch declares the iconic phrase, “You are the weakest link. Goodbye.”

While contestant Arielle Borisov is hoping to make it far in the game herself, she is excited to hear Lynch utter the expression to her in the competition.

Meghan! Gaga! Stars Who Appeared on Game Shows Before They Were Famous Read article

“I was definitely a fan growing up,” contestant she tells Us Weekly exclusively. “I was probably 5 or 6 years old when the show was airing, but I do remember watching and the famous Anne Robinson with her one-liners. I liked the mean-spirited side of the game. I think that’s really fun and what keeps the audience entertained.” 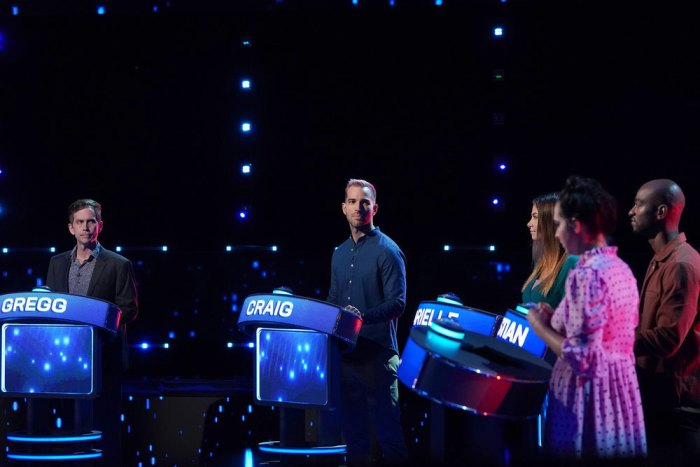 She adds: “Hopefully viewers see my competitive edge. I watched a little too much Survivor before going on the show, so I was trying to take more of a social wit perspective than being the best at trivia because I knew I might get stumped on some questions.”

Other than watching Survivor, Borisov got ready for her TV appearance by tuning into old episodes of the game show itself.

“I totally watched a few episodes beforehand. … I kind of felt like the questions were dated compared to what I thought this new version would be like, but it helped me get a range of what might be thrown my way and to prepare for the host and how quick the game is,” she explains.

And it’s a good thing she did because Lynch shows off her tough side, while also adding humor to it all throughout the 13-episode quiz show.

“I think Jane as the host is one of the best parts. She really does a great job of keeping it entertaining and fun. Her jokes are really great and she’s really awesome, super talkative and just as funny when the camera is on as when it’s off. … It was really great to see her in person and get to interact with her,” Borisov notes. 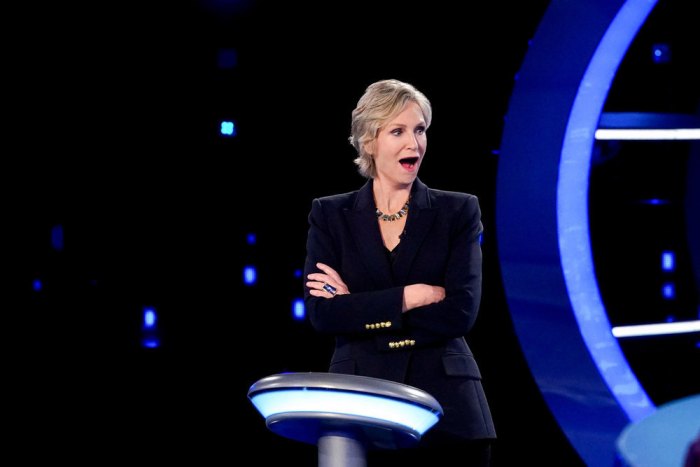 Another aspect of the reboot that stands out? “I think the set itself was really beautiful, so that will be interesting for people to see,” she continues. “The lighting, the design and the full ambiance of it is really great and hopefully the competitors are entertaining enough to make it even better than the first version.”

Borisov is also looking forward to her famiy and friends seeing her on the television screen when they tune in.

“Everyone wants to do a watch party at home,” she says. “Being from the Midwest, this is a little bigger to us at home. We’re not used to seeing ourselves on TV, so I’m really excited for my town to get to see me and be like, ‘Oh, there’s the one that made it!’ I’ve always been a big competitor. … I’m a big go-getter in that sense and I think that’s displayed in my performance on the show.”