Ready for love? Tayshia Adams made her debut on season 16 of The Bachelorette at the end of the Tuesday, October 27, episode after Clare Crawley seemingly stepped away.

During the episode, Crawley 39, once again focused all her attention on Dale Moss, and many of the suitors became upset. During the cocktail hour after the first group date on Monday night, she spent nearly an hour with Moss, 32, making out in her room. That left the other men on the date unhappy, especially since he ultimately earned the group date rose.

Later, she had a one-on-one date with Zach Jackson but had Chris Harrison send him home after he grabbed her face in a way that made her uncomfortable. When the second group date didn’t go well, she chose not to give out her group date — and the men were not happy.

“She doesn’t really care about anybody else or giving anyone else a fair shake, besides Dale,” Kenny Braasch said to the group after the date. “If you want to go be with Dale, go be with him now and we’ll all go home. If you’ve already got a boyfriend, what am I doing here?” 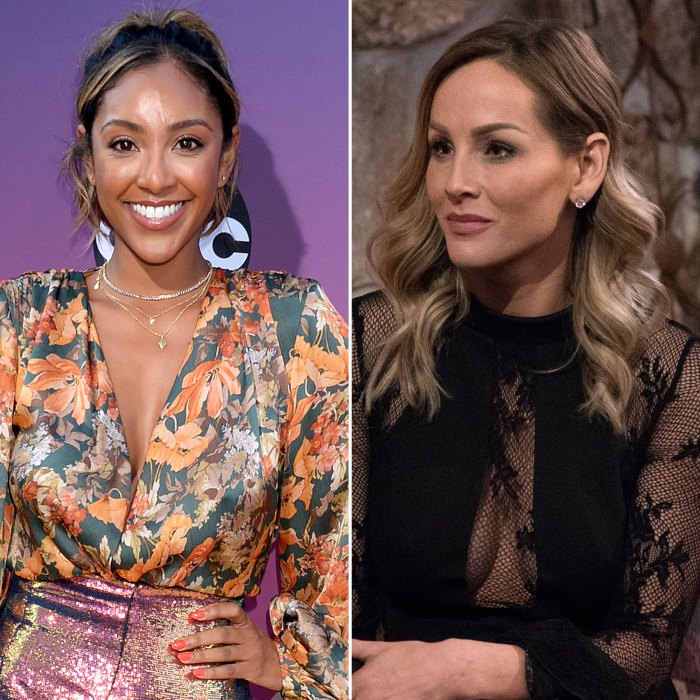 At the end of the episode, a new promo aired with the men revealing that the hairstylist left the show and apologized to the suitors if they felt that she had wasted their time. Luckily — they got a new Bachelorette.

In the final moments of the sneak peek, Adams, 29, gets out of a pool at the La Quinta Resort. The video is the first time ABC has acknowledged the Bachelor in Paradise alum taking over for Crawley.

As Us Weekly previously revealed, Crawley left the show after finding love within two weeks of filming. Producers then called men that they had already vetted for Crawley who didn’t make it onto the first night.

Fans first met Adams during season 23 of The Bachelor in 2019, as she competed for Colton Underwood’s heart. She went on to appear on season 6 of Bachelor in Paradise. The California native previously dated John Paul Jones, but the two called it quits in October 2019.

The phlebotomist has publicly discussed the prospect of becoming the Bachelorette on more than one occasion. Speaking to Vulture in May 2019, Adams explained how her season of the reality series would have looked like if she were picked over Hannah Brown.

Tayshia Is the Bachelorette! How Colton, Rachel and More Reacted Read article

“I might be more tough on the guys, in the sense I’d need them to stand up a little bit more than Hannah,” she said at the time. “She’s pretty fun and doesn’t take herself too seriously all the time. The guys would definitely have to be much older, I’d tell you that much!”

While some fans of the show were upset that Adams was passed over to begin with, former Bachelor Nick Viall, revealed he didn’t think she was a suitable option to lead the franchise.

The “Viall Files” host, 39, commented beneath “The Snatchelor” podcast’s Instagram post about Crawley being named as the next Bachelorette in March. After a fan wrote, “Give me Tayshia or give me nothing,” Viall responded, “Tayshia is a lovely human, she would also have you in bed by 8:30.”