Watch Clare Get Defensive as Jimmy Kimmel Questions Her About Tayshia

Not ready to give up her roses! Clare Crawley insisted she still was the Bachelorette after Jimmy Kimmel inquired about Tayshia Adams’ season 16 role.

“We all know what the rumor is. The rumor is that you hit it off with Dale [Moss] so famously that you said, ‘That’s it, I’m not going through this charade, I’m not going through this whole process. I found the guy, that’s why I came, and adios, goodbye. Everybody, I’m leaving,’” the late-night host, 52, said to Crawley, 39, on Jimmy Kimmel Live! after the Tuesday, October 13, premiere. “True or false?”

After the hairstylist told Kimmel he was wrong, he suggested she “might be lying right now.”

Crawley insisted, “Jimmy, I showed up. … I was there for the journey. I was there to fall in love. … That’s not how it went.”

A source told Us Weekly in August that Crawley stopped her journey early because she was already in love with one of her suitors. The network subsequently called in Adams, 30, to take over where she left off after two weeks of filming. When Kimmel brought up Adams, Crawley said she’s “never met” her. 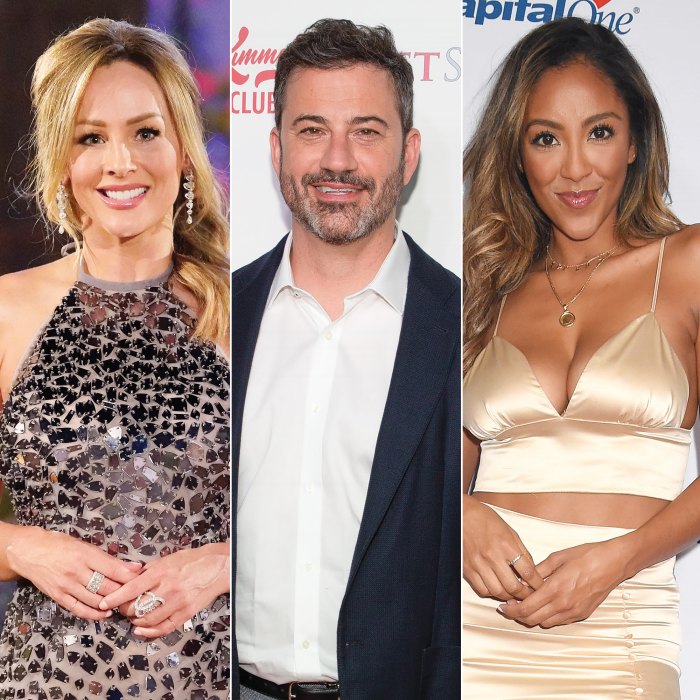 “Jimmy … I am the one sitting here. I am the Bachelorette,” she said. “What are we talking about here?”

Kimmel concluded, “When we do find out what did or did not happen, I’m going to review this tape, and we are going to analyze your responses and see if you were, indeed, being truthful or if you were not.”

While ABC has yet to publicly confirm the casting shake-up, Crawley told Us that she hopes any plot twists from season 16 impact the show moving forward.

“I hope that it does change the way future seasons go because when you follow your gut and you stick to that, you can’t regret anything,” she told Us ahead of the premiere. “You honor yourself … your truths. That’s something we all should be doing.”

Crawley went on to shut down critics who try to measure how quickly someone can fall in love.

“My question would be to the people that are saying that — to the people that question it — what exactly is the formula for falling in love? Is there one way to do it? Is there one example of this is how it’s done?” she asked Us. “Who are these people to decide how long it takes somebody to fall in love? Is it a week? Is it a month? Is it a year? Is it two years? How people fall in love and the amount of time that it happens or what the process is [changes]. It’s not for anybody to really decide if there is a cookie cutter for that.”

Read More: Watch Clare Get Defensive as Jimmy Kimmel Questions Her About Tayshia