Forever grateful. Valerie Bertinelli thanked her late ex-husband, Eddie Van Halen, for the love he gave her in a touching tribute following his death from cancer on Tuesday, October 6.

“40 years ago my life changed forever when I met you,” Bertinelli, 60, wrote via Instagram on Tuesday. “You gave me the one true light in my life, our son, Wolfgang.”

The Hot in Cleveland alum shared a black-and-white throwback photo of herself and Van Halen with their son, Wolfgang Van Halen, hours after her son confirmed that the Van Halen cofounder died after battling throat cancer. 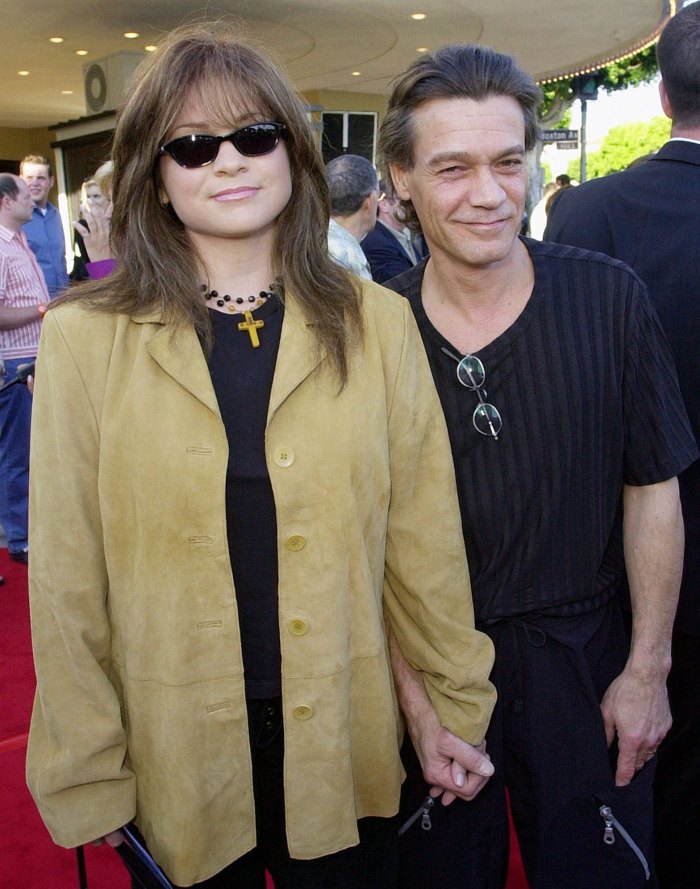 “Through all your challenging treatments for lung cancer, you kept your gorgeous spirit and that impish grin,” the One Day at a Time actress continued. “I’m so grateful Wolfie and I were able to hold you in your last moments.”

She added: “I will see you in our next life my love.”

The 65-year-old guitarist died on Tuesday in Santa Barbara, California.

“I can’t believe I’m having to write this, but my father, Edward Lodewijk Van Halen, has lost his long and arduous battle with cancer this morning,” Wolfgang, 29, wrote via Instagram. “He was the best father I could ever ask for. Every moment I’ve shared with him on and off stage was a gift.” 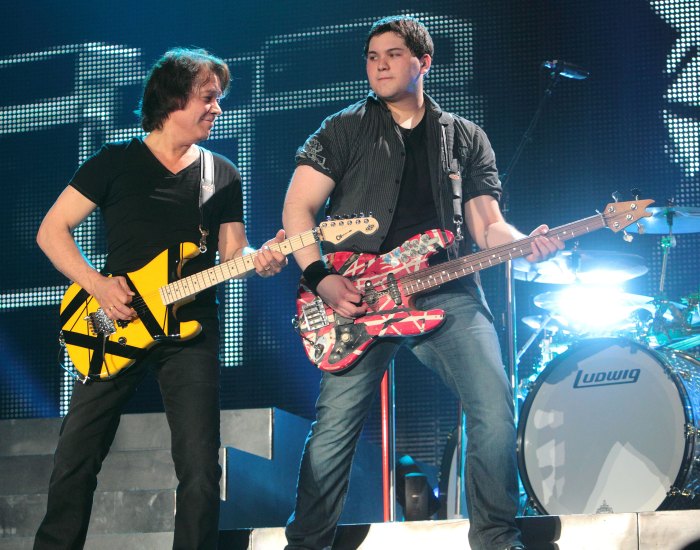 The youngest member of Van Halen — he joined his dad’s band in 2006 as the bassist — explained that his “heart is broken and I don’t think I’ll ever fully recover from this loss.”

Bertinelli, who was married to the Netherlands native from 1981 to 2007, retweeted her son’s announcement via Twitter with 20 broken-heart emojis.

The musician founded Van Halen in 1972 and was inducted into the Rock and Roll Hall of Fame in 2007. He was diagnosed with tongue cancer in 2001 and later had part of his tongue removed.

His throat cancer diagnosis was revealed in 2019. At the time, Eddie’s bandmate David Lee Roth hinted that the group could be coming to an end.

“Van Halen isn’t gonna be coming back in the fashion that you know,” he told Detroit radio station WRIF in September 2019. “And that being said, Eddie’s got his own story to tell. [It’s] not mine to tell it.”

The band last toured in 2015 and have sold more than 80 million records worldwide.

Eddie is survived by his and Bertinelli’s son and his wife Janie Liszewski, whom he wed in 2009.

The Kid’s Baking Championship judge, for her part, married Tom Vitale in 2011.