Time will tell if Matt James finds love on season 25 of The Bachelor, but his buddy Tyler Cameron is just happy he didn’t end up at La Quinta Resort in Palm Springs competing for Clare Crawley’s heart.

“That boy dodged a bullet,” the Bachelorette season 15 runner-up told E! News. “That boy is on his own. Just ‘cause it’s a mess. It’s just a disaster. You know what I mean? It’s nothing about Clare. It’s a mess, you know? Just to be able to jump and skip and be the Bachelor, like who, I mean, of course, good for him, so I am very happy he’s not there.”

ABC initially announced Matt, 28, as one of the suitors for season 16 of The Bachelorette in March. After production was suspended due to the coronavirus pandemic, the network named the Wake Forest alum, who has been friends with Tyler, 27, since college, the lead for season 25.

Prior to being announced as the Bachelor, Clare, 39, seemingly shaded Matt for having a Cameo account, alleging he was “in it for the wrong reasons.” As a result, some fans — and Tyler — were wondering if she would have confronted him onscreen. 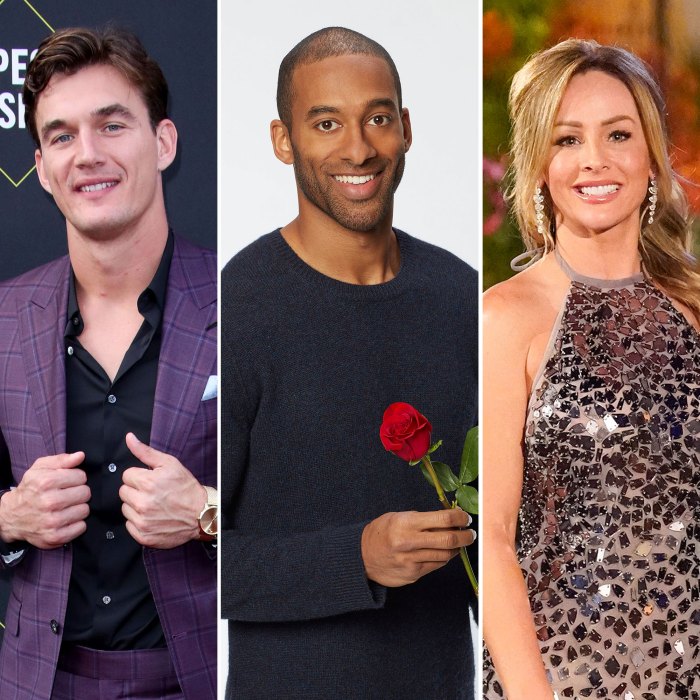 When Bachelorette production did resume in July without Matt, news broke that Clare stopped filming within the first two weeks of production because she was already in love with one of the contestants. Since the premiere, it’s been clear that Clare has eyes for Dale Moss, referring to the 32-year-old model as her “fiancé” and “future husband.” As a result, the network called in Tayshia Adams to finish filming season 16.

As for Matt’s journey, which began at Nemacolin Woodlands Resort last month, Tyler told Us Weekly that his pal needs a woman who is “ready for an adventure” and “ready to get up and go” at any moment.

“You got to be super active to be with Matt,” Tyler told Us Weekly last month about Matt. “But also, someone who’s able to have, like, serious talks. Matt is deep. [You need to be able] to have these big, connecting conversations. I think that’s going to be super important for him [while] finding his partner, someone who can really connect on a deeper level with. Hopefully, he’s able to find that person quickly.”

The Bachelor is set to premiere in January 2021. The Bachelorette returns to ABC Thursday, November 5, at 8 p.m. ET.