Is that a hint? Tori Spelling may not have publicly celebrated Dean McDermott on Father’s Day — but the actress still shared a special message about her outlook on family.

“By coincidence got to spend Father’s Day with my friend @lancebass and his amazing hubby @michaelturchinart and their adorable twins Alexander & Violet. My DIY diva @stella_mcdermott08 made Alexander crocheted sandals in less than 2 hours and Violet yours will be done tomorrow,” Spelling, 49, captioned a compilation of Instagram photos on Sunday, June 19. “Happy Father’s Day everyone and Lance and Michael I have major baby fever again 😂.”

Spelling and McDermott, who tied the knot in 2006, have fueled split rumors after they didn’t publicly acknowledge their 16th wedding anniversary in May. They previously stayed quiet about the relationship milestone in May 2021 as well.

The pair also made headlines when the Mother, May I Sleep with Danger? star opened up about no longer sleeping in the same bed as her husband. “Right now, my kids and dogs sleep in my bed,” Spelling told Jeff Lewis during an appearance on his radio show in June 2021.

At the time, the California native attributed the change to McDermott’s work schedule. “Since he left — this is not good, you guys — but since he left [and] he was gone for six months filming in another country, they all stayed with me,” she explained, referring to their children together. “So I currently still have four in the bedroom with me who have yet to go back to their rooms, yes.” 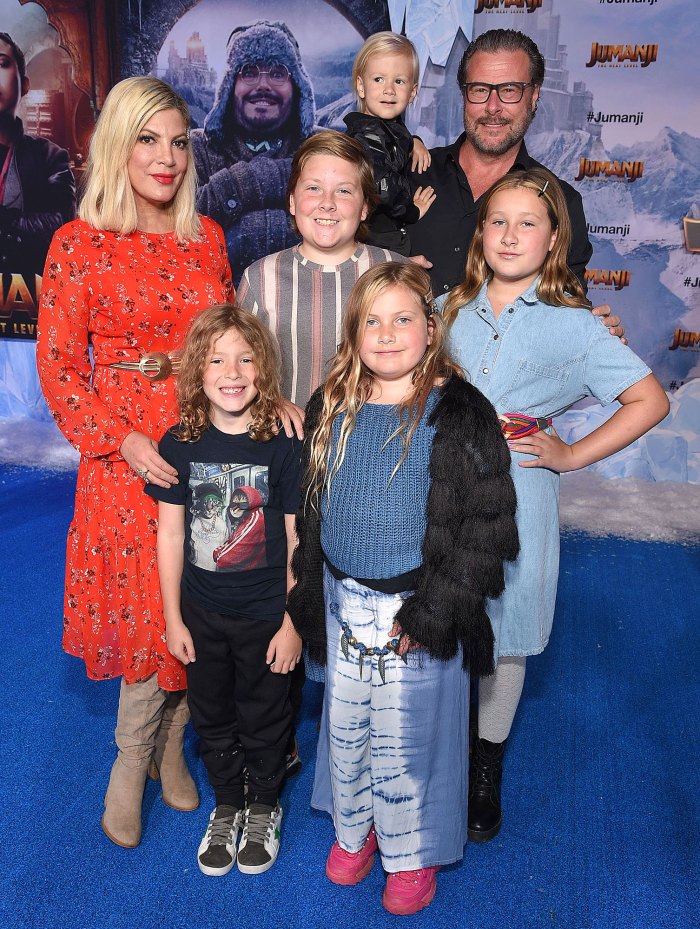 Amid the breakup speculation, the Due South alum noted that he chooses not to comment on the status of his marriage. “I don’t reply, you know, anymore,” he said on an episode of the “Feminine Warrior” podcast in September 2021. “It’s just like, ‘OK, if that’s what you want to think, then think it.’”

Earlier this month, a source told Us Weekly that Spelling and McDermott’s friends believe they are going through “a trial separation.”

“They try to reach her and hear no word back,” the insider told Us about the Stori Telling author’s communication with her loved ones. “And she hasn’t been doing social things anymore. She seems to be isolating herself. She’s been so MIA that they’re worried something’s going on – if she’s having money troubles again or is depressed.”

According to a second source, the duo put the idea of a divorce “on pause” after considering it in the past. “They know divorce will be expensive and it’s not something they’re willing to go through right now. They both feel trapped,” the second insider detailed. “Having kids makes it more difficult because they don’t want their children to be unhappy, yet at the same time, Tori has been unhappy for quite a while now. They truly are still together for their kids.”