Always welcome at the Peach Pit! Tori Spelling and Jennie Garth were sad to hear that Jessica Alba had a negative experience on the set of Beverly Hills, 90210.

“I had all the scenes with her. If anybody didn’t want to have their eyes looked into, it would’ve been me, but I don’t remember ‘cause I have the world’s worst memory,” Garth, 48, said in a trailer for her and Spelling’s upcoming podcast, “9021OMG,” on Sunday, October 4.

The Stori Telling author, 47, wondered whether the Fox teen drama’s producers passed around a “cool memo” without the cast knowing.

“Imagine we just thought guest stars didn’t like us? ‘They never looked at us! We don’t know why. We were so nice,’” she said.

Spelling and Garth went on to praise Alba, 39, who guest-starred as Leanne in two episodes during season 8 before breaking out in the film and TV industries.

“From the vague memories I have of working with her, I only remember her being super talented. She was very young, and she was really sweet,” the former What I Like About You star said. “It does not surprise me that she’s gone on to be so successful.”

Referencing the Honest Company cofounder’s baby products, the True Tori alum chimed in, “I was a little horrified when I saw that clip … because her baby wipes are my favorite. … Like, I wipe my child’s ass with her baby wipes every single day. I’m so upset right now.” 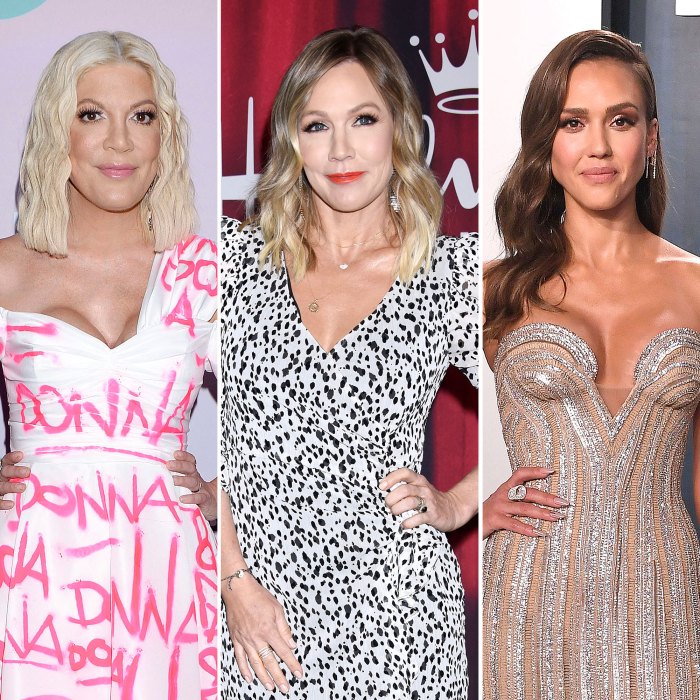 Alba made headlines on Thursday, October 1, when she opened up about her time on Beverly Hills, 90210 during a Hot Ones appearance.