Ready to move on. Jennifer Meyer filed for divorce from estranged husband Tobey Maguire four years after the pair announced their split.

The jewelry designer, 43, submitted the paperwork in Los Angeles on Wednesday, October 28, according to court records obtained by Us Weekly. 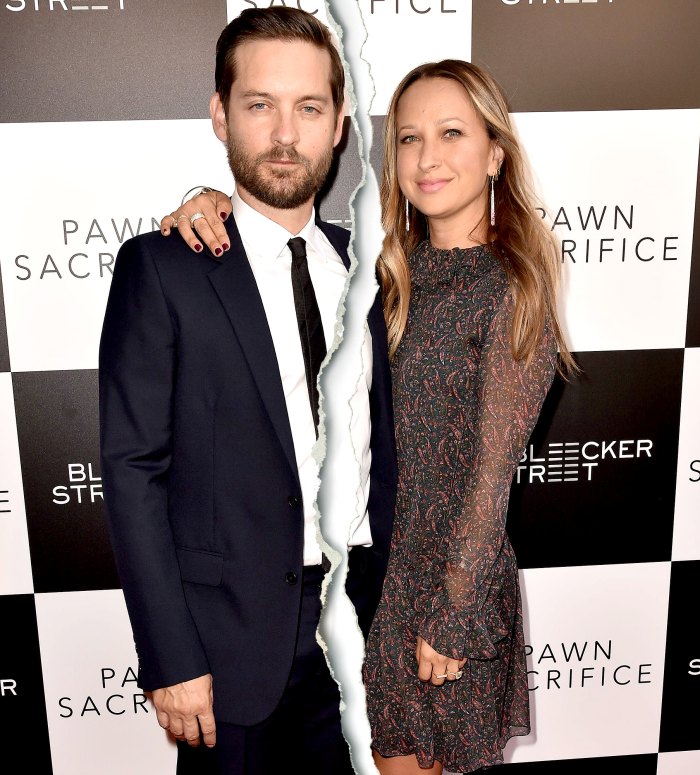 The duo confirmed their split in October 2016. “After much soul searching and consideration, we have made the decision to separate as a couple,” they told Us in a joint statement. “As devoted parents, our first priority remains raising our children together with enduring love, respect and friendship.”

The choice to end the marriage “was not sudden,” a source revealed at the time. “They are committed to remaining friends for their children and wanted to make sure of that. They went back and forth on this decision but realized this is where the relationship is and they simply grew apart.”

Meyer opened up in January 2018 about her post-split relationship with Maguire. “He’s my best friend,” she exclusively told Us. “He’s the greatest ex-husband a girl could ever have.” As for coparenting, she added that they “figure it out together,” which “manages to work out really well.”

The businesswoman emphasized later that year that her tight bond with the Spider-Man star set a good example for their children. “Remember that you love your kids equally more than anything in the world and that you want the best for them,” she explained to Us in September 2018. “And if they see parents that don’t get along or fight, then they’re going to be unhappy, and nobody wants unhappy children.”

Meyer and Maguire have both reentered the dating world since their separation. Us reported in May 2019 that she was seeing NBA agent Rich Paul. “Jen has never been happier. They are six months in and it’s on,” an insider said at the time. “They are super happy and super in love. It’s very unexpected and an incredible relationship.”

The actor, for his part, was first linked to girlfriend Tatiana Dieteman in August 2018. “Tobey and Tatiana live together and they’re really happy,” a source told Us in March 2020. “Tobey’s kids love her. She’s great with them. Tatiana and Tobey’s ex-wife Jen get along well too.”