Throwback! Gigi Hadid and Zayn Malik Cozy Up in Photo From Sex Reveal

A major moment! Yolanda Hadid looked back at her daughter Gigi Hadid’s pregnancy with a Monday, December 14, throwback photo.

“This PINK baby news was the highlight of our year 2020,” the Real Housewives of Beverly Hills star, 56, captioned an Instagram slideshow from Gigi, 25, and Zayn Malik’s sex reveal. “Thank you mommy and daddy for this greatest gift. #family.”

In the social media upload, the model and the former One Direction member, 27, grinned while holding a cake. The dessert was cut open to reveal a pink filling. The couple hugged Yolanda in another sweet shot taken the same day. 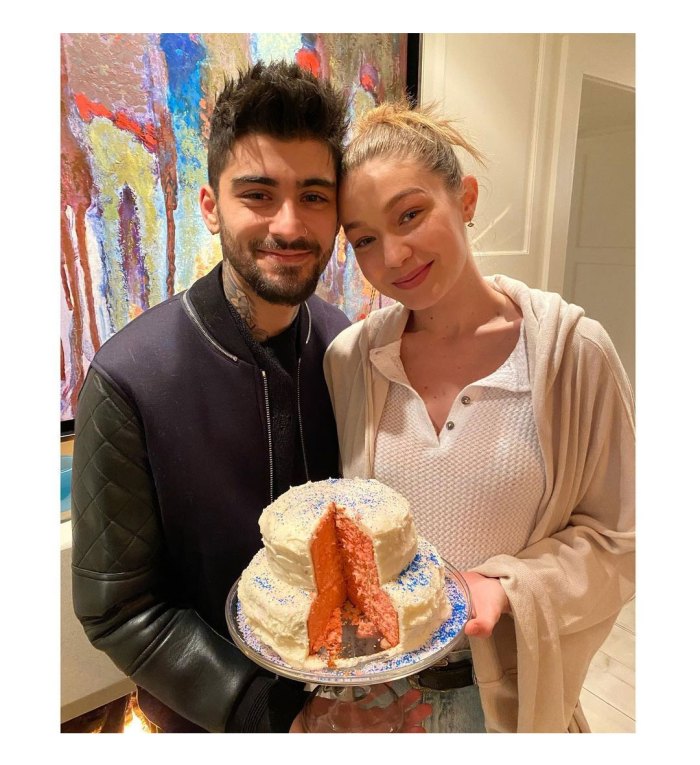 Us Weekly confirmed in April that the Los Angeles native was pregnant with her and the “Dusk Till Dawn” singer’s first child. She addressed her pregnancy later that week, telling Jimmy Fallon: “We’re very excited and happy and grateful for everyone’s well wishes and support.”

Gigi gave birth to her daughter, whose name she and Malik have yet to reveal, in September. “Our girl joined us earth-side this weekend and she’s already changed our world,” the new mom captioned her Instagram reveal at the time. “So in love.”

The X Factor alum tweeted the news, writing, “Our baby girl is here, healthy and beautiful. To try put into words how i am feeling right now would be an impossible task. The love I feel for this tiny human is beyond my understanding. Grateful to know her, proud to call her mine and thankful for the life we will have together.” 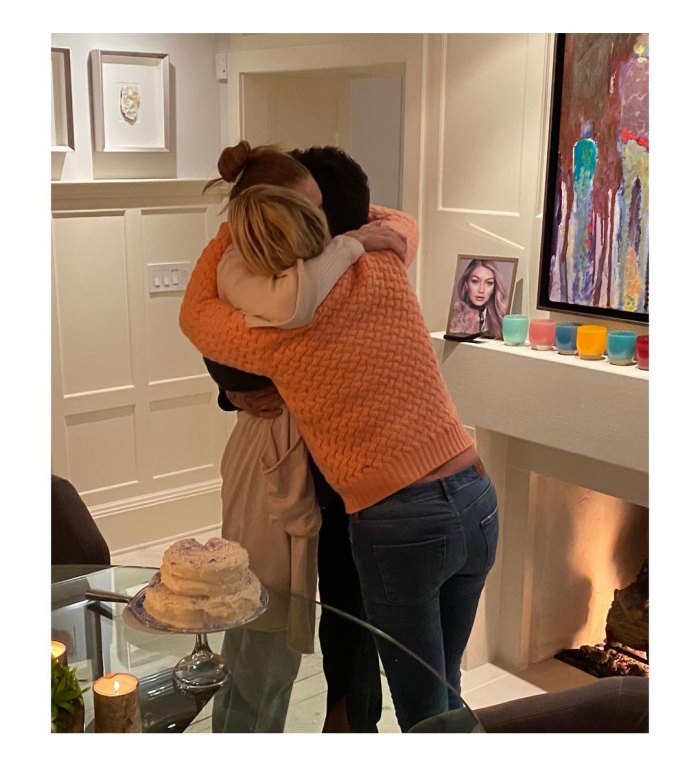 “‘August’ is track 8 on folkore and Gigi has posted a picture on Instagram captioning ‘August, waiting for our girl,’” one fan explained via Twitter on Friday, December 11. “The track 8 of evermore is Dorothea. SO WHAT IF GIGI’S BABY’S NAME IS DOROTHEA?”

Swift previously shared Blake Lively and Ryan Reynolds’ third daughter’s name, Betty, in July when she released a song of the same name.