‘This Is Us’ Premiere Tackles Black Lives Matter, Ends With a Massive Twist

Warning: This story contains spoilers from the season 5 premiere of This Is Us.

It wouldn’t be a This Is Us premiere without a Big Three birthday party — and a massive twist. During the Monday, October 27, two-hour premiere, both happened.

During the episode, the Big Three celebrated their 40th birthday in various ways. Kevin (Justin Hartley) and Kate (Chrissy Metz) — as well as their significant others — headed to the cabin to ring in their birthdays with Rebecca (Mandy Moore) and Miguel (Jon Huertas), who were quarantining there amid the coronavirus pandemic.

Meanwhile, Randall (Sterling K. Brown) was only 90 minutes away at home with his family. After his blowup with Kevin, they still weren’t talking — besides a “congrats on the kids news” text from Randall — so he stayed home … to start. 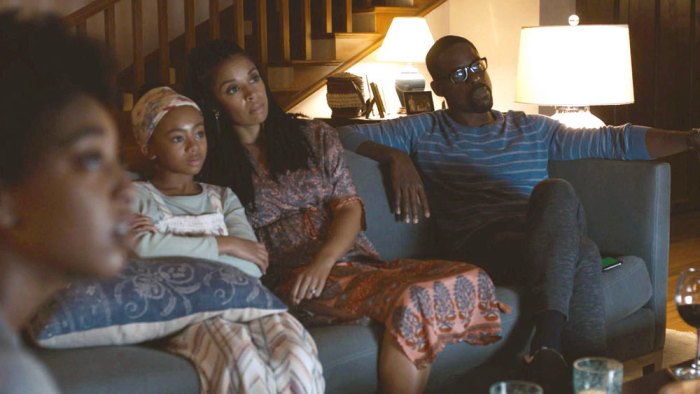 Throughout the episode, Randall struggled with Beth (Susan Kelechi Watson) and the kids, trying to figure out how to handle the death of George Floyd and the Black Lives Matter movement. He brought up the fact that it wasn’t the first time an innocent Black man had been killed, but in his household, he never talked about it.

When Beth tried to celebrate his birthday, Randall said he had no idea when his actual birthday was since he doesn’t know the truth about when he was born and brought to the hospital.

During flashbacks, William and Laurel’s love story was revealed: They were wildly in love when they got pregnant, but she was fighting drug addiction. After giving birth at home, she was in so much pain that she begged for drugs and he gave in. The next morning, he couldn’t wake her and called for help. While police performed CPR after an overdose, one said to call it and mark the time — and said that they needed to call an ambulance and child protective services. With that, William disappeared with the baby, heading to the firehouse and later to the hospital.

In the final moments of the episode, it was revealed that after he ran away, the police discovered a pulse, and Laurel woke up.

Back to the Big Three

In the present day, Kevin and Madison (Caitlin Thompson) got much closer. After deciding to live together during quarantine, they then rented an RV and drove across the country to the cabin. After she had a fall that landed her in the hospital, Kevin asked her to marry him and she agreed.

Meanwhile, at the cabin, Rebecca went for a walk to pick up a cake — the walk that she got lost on, which was shown last season. A panicked Kate texted Randall, who quickly got in the car to come to the cabin. Upon arriving, he reunited with Kevin and while they stayed cordial, things were far from OK and no apologies were made. 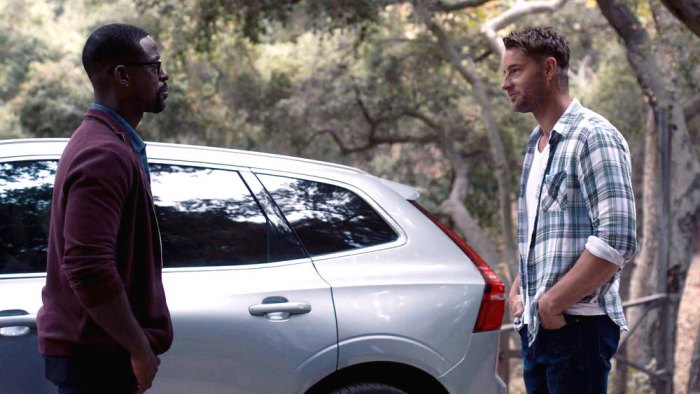 After the police brought Rebecca home, Randall was the only one to realize that his mom had taken an allergy medicine to treat poison ivy. He quickly thought to ask the doctor if that could affect the medication that she had been taking for her Alzheimer’s — and it did.

Miguel, Kate and Kevin were thankful that Randall was there to help, but they couldn’t help but notice his standoffish personality. When Kate approached him about it, noting that she wasn’t taking sides in his fight with Kevin, she also apologized to him for everything that was happening in the Black community — something he then called her out on.

“Things like this have been happening to Black people for years and we’ve never talked about it,” he told his sister. “I didn’t want you to have to worry about saying the wrong thing. … Normally I would hug you and tell you [that] you did all the right things. If I made things better for you, where does that leave me? I’m sorry but I can’t do that. That has been a pattern all our life and honestly, Kate, it is exhausting. I’m exhausted. And all I want to do right now is go home and be with my wife and my girls.” 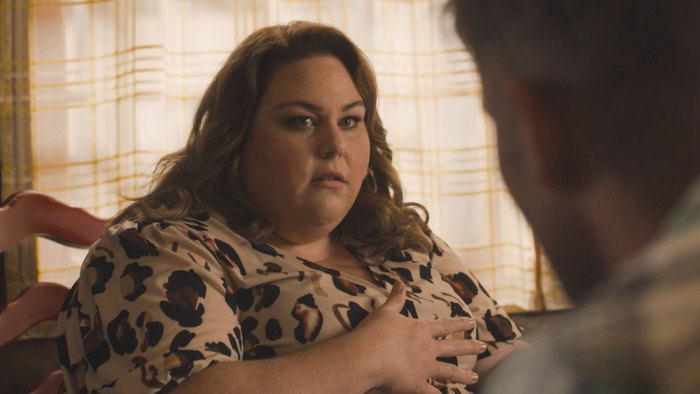 Later, Beth and Randall connected, and Beth promised her husband that while things were a mess in the world, it won’t be forever — and that nothing is forever but their relationship. They also thought that maybe this would be the year of no surprises.

In addition to Kevin’s engagement, there was another bit of other happy news in the episode: Kate and Toby (Chris Sullivan) got a call from the adoption agency, letting them know that they had been chosen for a baby.

In other flashbacks of the day Rebecca gave birth, it was revealed that Jack was really struggling while she was in labor — especially after she started having difficulties and he had to leave the room.

After a nurse told him to pray, he went into the church (and even passed by William) and talked to God. He revealed that he used to pray all the time that his dad would change, but when he never did, he stopped trying.

“The only thing good thing that’s ever happened to me is her and if you … ” he said while before getting down on his knees. “Please do not take her away from me. I am on my knees, begging for her, begging for my children. Take me if you want but don’t … just don’t. Don’t you dare.”

Read More: ‘This Is Us’ Premiere Tackles Black Lives Matter, Ends With a Massive Twist