There He Is! DWTS’ Karina Smirnoff Shares 1st Photo of Son Theo’s Face

“My everything. #wevoted #firstelection,” the Dancing With the Stars pro, 42, captioned a Tuesday, November 3, Instagram photo of the little one strapped into his stroller. Theo grinned while wearing a hat and an “I Voted” sticker on his shirt. 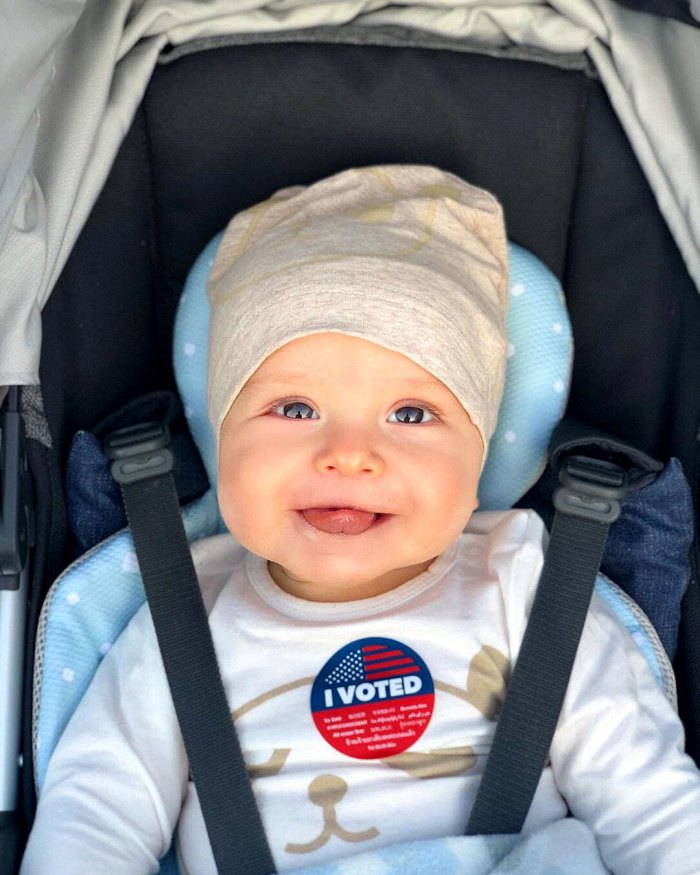 Us Weekly confirmed in April that the native had welcomed her baby boy. “She is doing well,” a source told Us at the time. “As a first-time mom, she’s a bit nervous but also excited!”

Smirnoff shared his name the following week, writing via Instagram: “Welcome to the world Theo Gabriel!” In the social media upload, the new mom showed her little one’s bare feet.

In June, the dancer opened up about breast-feeding Theo during a virtual NAMI event. “I’m like, ‘I’m going to be like a dairy cow. What?’” she joked at the time.

Smirnoff added that after experiencing postpartum anxiety, she moved in with her parents. “I think when you are not used to living with your parents for a long time as an adult and then suddenly you are, wow, that’s a whole different set of skills that you have to attain,” she explained. “I love them to death. They’ve been so incredibly helpful and I wouldn’t be able to do it without them, but that’s 24-7 in closed doors. I mean, you can always lock yourself in one of the rooms and put on the song that you like and the music takes you to a different place. Then you come back out and everything is good again.” 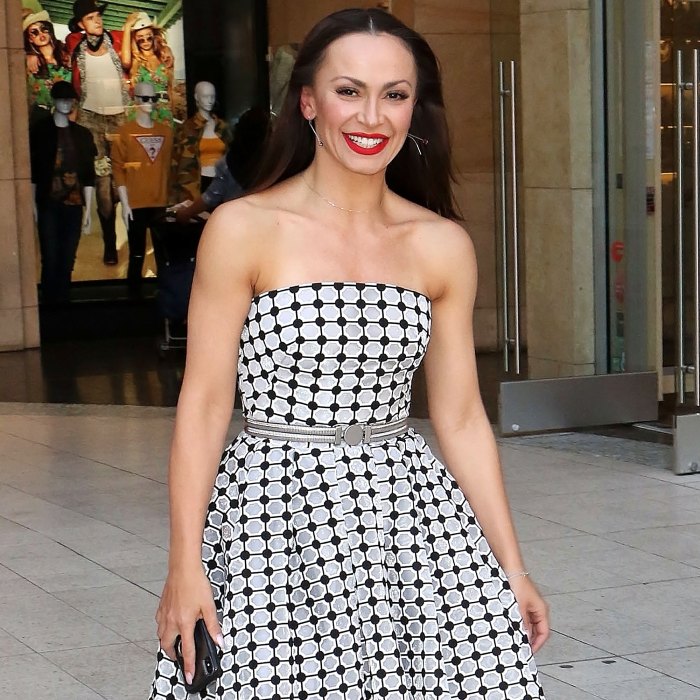 The season 13 winner announced her pregnancy in December 2019 by posting an Instagram photo of a positive pregnancy test. “#BabySmirnoff coming in 2020,” she wrote at the time.

The Famously Single alum did not address the paternity of her first child and kept her baby bump hidden until three months after giving birth. Smirnoff shared hospital photos in July, writing, “#FBF the day Theo arrived. #hospitalfashion #timeflies.”