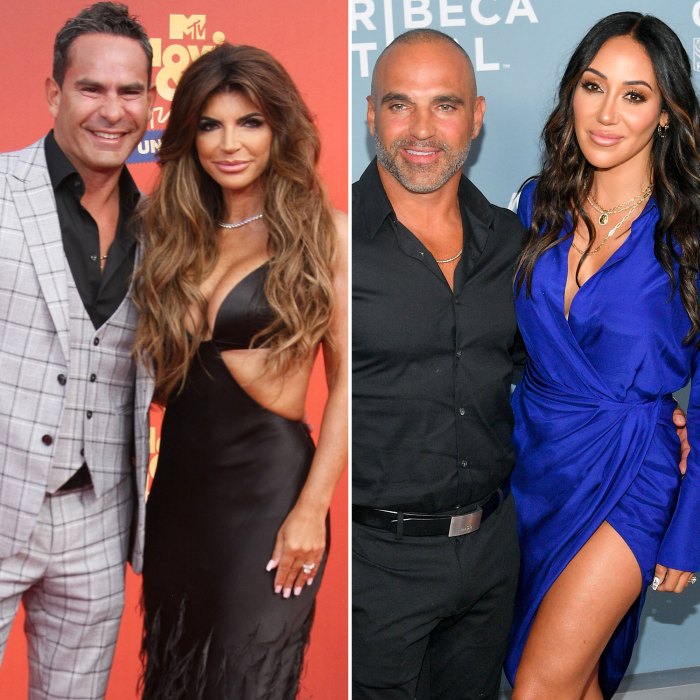 Shutting down the rumors. Luis “Louie” Ruelas shut down reports that his wife, Teresa Giudice, requested money from her brother, Joe Gorga, and sister-in-law Melissa Gorga for missing their wedding on Saturday, August 6.

“We would never in a million years ask for money from Joe and Melissa – we are not petty. Joe and Melissa were missed,” Louie, 48, commented on an Instagram post after Radar Online published a story with the claim on Monday, August 8.

Real Housewives of New Jersey cast member and bridesmaid Jennifer Aydin echoed the sentiments via Twitter. “This is absolutely not true! If there was such a ‘bill,’ it would’ve been posted already. Trust and believe,” she wrote on Monday.

As for why Joe, 42, and Melissa, 43, skipped the nuptials, a source exclusively told Us Weekly on Monday that the couple “made a last-minute decision not to attend Teresa’s wedding after a blowout fight,” adding that they’d “planned” to be there until “Melissa was blindsided” by a “rumor” about her marriage.

The insider explained that the pair’s absence will likely have lasting consequences on the relationship between the two couples, explaining, “Teresa may not forgive Joe after this and vice versa.”

The 50-year-old bride, who shares four children — Gia, 21, Gabriella, 17, Milania, 16, and Audriana, 12 — with her ex-husband, Joe Giudice, received a heads up that the Gorgas wouldn’t be there to see her walk down the aisle.

“Teresa was given a day’s notice about them not attending, so it wasn’t like she was blindsided the day of,” a source told Us. “She moved on with her wedding and didn’t let it ruin her happy day.”

Melissa also did not attend the RHONJ star’s bachelorette party and her husband revealed via his Instagram Story that he wasn’t at the rehearsal dinner on Friday, August 5. “Blood doesn’t make you family,” he wrote alongside a snapshot of him partying with friends and his spouse’s family..

Despite her brother’s conspicuous absence, Teresa still enjoyed her big day. She shared a video reel of moments from the event via Instagram, thanking everyone that made her “dream wedding happen,” including “all of our loved ones who came to celebrate with us.” She and Louie began dating in July 2020 and got engaged in October 2021.

Now that Teresa’s wedding has come and gone, her brother has no regrets about staying away. “The Gorgas felt they made the right decision,” an insider told Us. “She said a lot of hurtful things about their marriage.

The New Jersey natives got married in 2004 and share three children: Antonia, Gino and Joey.