The Real Housewives of New Jersey star, 48, and the businessman enjoyed dinner at 230 Fifth Rooftop Bar and were seen holding hands and kissing on the street before donning matching face masks in photos posted online by the New York Post‘s Page Six on Sunday, December 13. 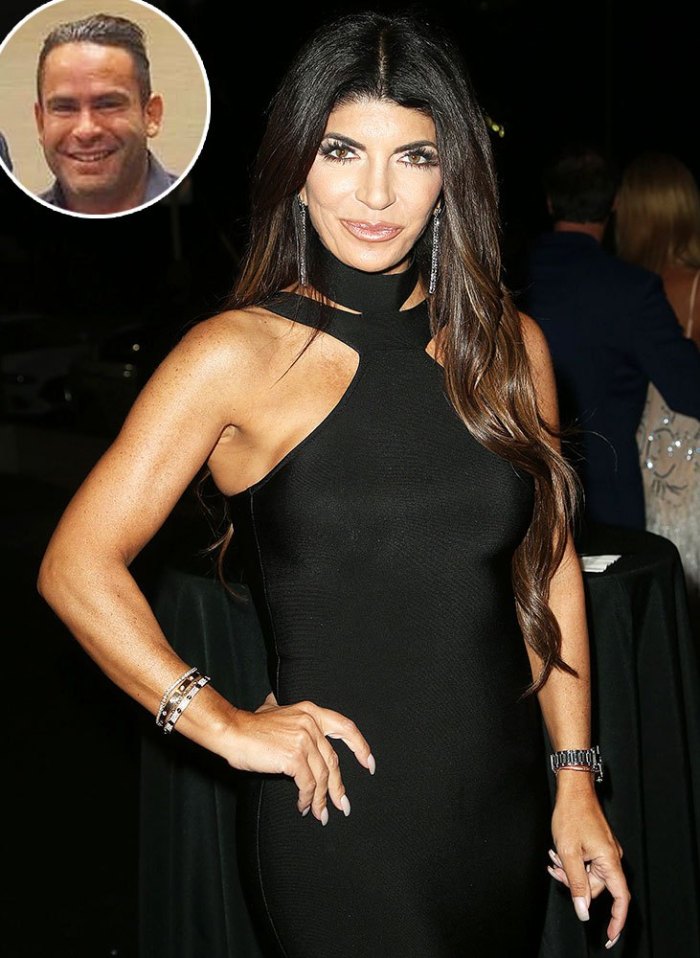 The Bravo star wore a black jacket and leggings with hot pink knee-high boots for their date with her pal Lisa Fortunato. In videos posted on her Instagram Stories, Giudice reminisced about working for Macy’s in Manhattan as they sat in traffic outside the store. “What did you do for them?” Ruelas asked. “I was in the buying office for handbags,” she said as she remembered her late boss, who was “one of my angels.”

The PDA-filled outing came a little over a month after the Fabulicious author introduced Ruelas, 46, to her Instagram followers.

“Excited to reveal my new boyfriend,” she captioned a photo on November 9 of the pair at a football game.

A source told Us Weekly at the time that the pair’s romance is “very new, but they are happy.”

Shortly before Thanksgiving, Giudice opened up about the relationship during an interview on Watch What Happens Live With Andy Cohen.

“It’s fairly new, so I’m taking things slow and we’ll see where it goes from there,” she said of Ruelas, a father of two sons who also lives in New Jersey.

Giudice went public with her romance two months after she and Joe Giudice finalized their divorce. The pair, who share daughters 19, Gabriella, 16, Milania, 14, and Audriana, 11, announced their separation in December 2019.

The longtime couple split after Joe was deported to his native Italy following the completion of his 41-month federal prison sentence for mail, wire and bankruptcy fraud charges.

Joe revealed in October that he is also back on the dating scene, telling Wendy Williams that he had been stepping out with a lawyer.

“We’ve been seeing each other, you know what I mean?” he said. “I wouldn’t say that we’re boyfriend, girlfriend, but we’re kind of like hanging out a lot.”