Teddi Mellencamp is a known Real Housewives fan — but will she keep up with the Beverly Hills ladies after her departure from the series?

Mellencamp added that her “biggest goal” is not to act like Grammer, 52, who has appeared on RHOBH on and off since the 2010 premiere. Most recently, the former MTV dancer called attention to speculation about Mellencamp’s All in by Teddi accountability program via the social media platform. Kyle Richards subsequently came to her defense. 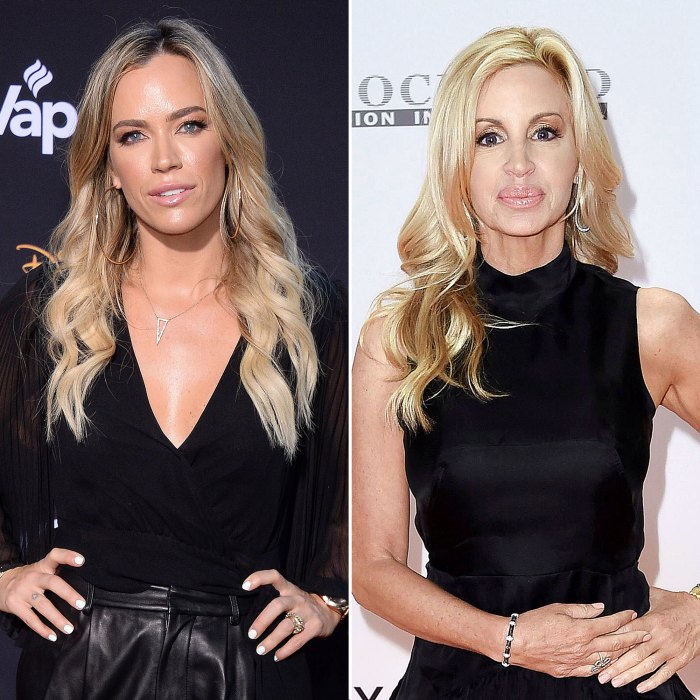 “Camille, you really need to move on and get a life,” Richards, 51, tweeted on September 15. “Teddi has helped so many people and changed their lives. What are you doing everyday? Tweeting about RHOBH? You befriend whoever you think will get you a [diamond]. Talk about a mean girl.”

Mellencamp confirmed Bravo didn’t renew her contract for season 11 last month amid reports that she was fired for being “boring.” The daughter of John Mellencamp admitted on Thursday that she initially learned about her departure through the Daily Mail.

“The craziest part about it was, I think it was last Monday, I woke up, I was on the Peloton, and my non-television show girlfriends started texting me … it’s all over the Daily Mail that you’re no longer a Housewife,” Teddi said. “I think for the last couple of months, I was preparing myself. I filmed so many amazing things that were never shown on the show…it should have been the writing on the wall. All the things that make me a likable, redeeming human being were not shown on the season. So if you only see a certain part of somebody, it’s really hard to connect with them.”

Even though she wasn’t shocked, Teddi admitted that she’s still upset about the decision.

“I’m still on a group text with Erika [Jayne], Kyle, and [Lisa] Rinna, and there are days when I’m like ‘why do I feel sad today’. It really does feel like a breakup,” she said. “I reached out to Dorit [Kemsley]. … We’ve had extreme highs and lows on the show, but [I told her] I wanted to let you know that I just want to wish you the best. Dorit has a good heart.”

Teddi added that she heard from Andy Cohen, who praised her transparency about her exit.

Former ‘RHOBH’ Stars: Where Are They Now? Read article

“I did hear from Andy,” she said. “He said [my] post was the most authentic departure post he’s ever seen.”

Teddi joined the cast of RHOBH during season 8, which premiered in 2017. Season 11 is expected to start shooting later this year.