Has she found The One? Tayshia Adams just revealed which of her Bachelorette suitors feels is “husband material.”

During a Wednesday, December 9, appearance on The Ellen DeGeneres Show, the former phlebotomist, 30, took part in the Bachelorette Generator game. When a different phrase popped up on the screen, she had to share which of her suitors fit the description. 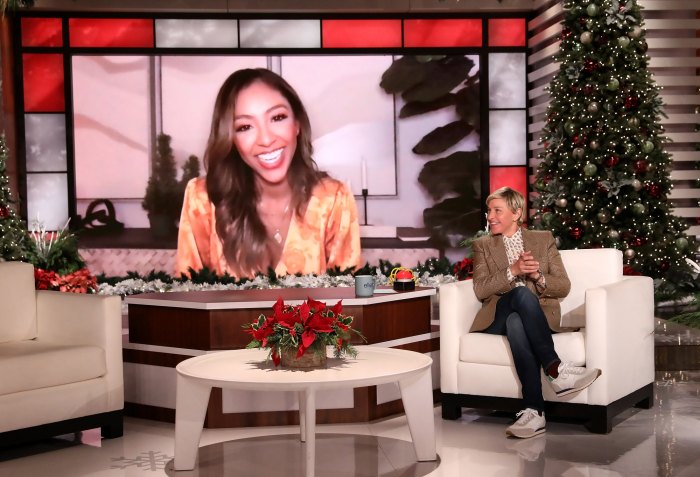 While she said Ben Smith, Blake Moynes, Brendan Morais and Zac Clark were all in the running for best kisser, she only named one man when “husband material” popped up on the screen.

“I feel like all of them, but probably Zac,” the Bachelorette answered.

Ellen DeGeneres then grilled the reality star, asking, “So, you end up with Zac?” Of course, Tayshia couldn’t answer the question, so the host, 62, continued: “I’m saying that you had multiple answers for the best kisser. You only had one answer for future husband material. So, if you did pick somebody else, you are really in trouble when this airs.”

During the Tuesday, December 8, episode, after Zac said he was falling in love with Tayshia, she surprised him by saying it back — something she stands by today.

“I’m there to, like, find my person. So, if it’s what I’m feeling, then I felt like, ‘Why not say it?’ But I will say, after I did tell him, my producers were like, ‘Whoops! Like, you shouldn’t have done that,’” she admitted on the talk show. “But whatever, it felt right.” 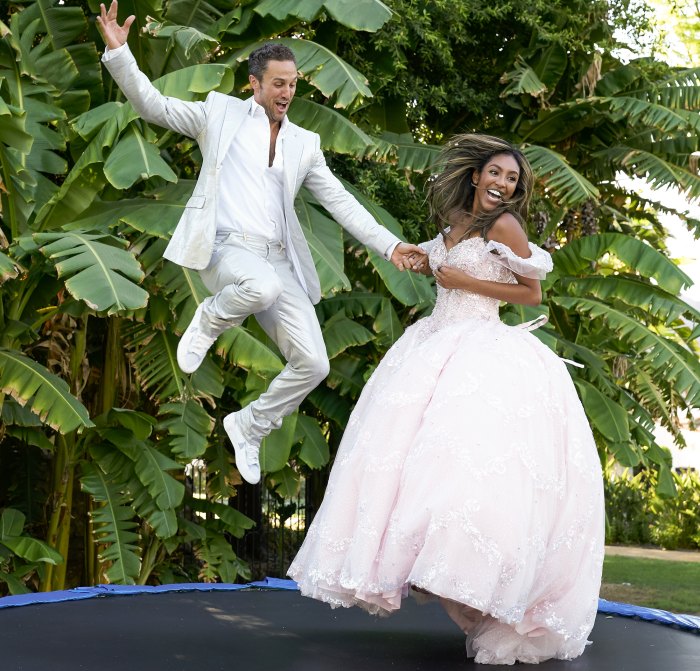 The 30-time Emmy winner also asked the Bachelor alum about the large diamond ring that she was recently spotted wearing via her Instagram Story, hoping she’d comment.

“All I have to say is I’m just a girl … if I want to drink my coffee with some diamonds on, I can do that,” Tayshia said with a laugh. “I like to wear diamonds all the time!”

While she didn’t explain any further, the Bachelor in Paradise alum did admit she’s elated with the way the show ended. “I’m a happy girl,” she told the comedian. “I’m really blessed.”