Tayshia Adams Waited to Have Sex Before 1st Marriage, But Won’t This Time

Live and learn! Tayshia Adams explained that her outlook on sex before marriage has changed since her 2017 divorce.

“I waited until marriage so that being said, I now have a different [outlook] on that,” Adams, 30, said on the Thursday, December 3, episode of her “Click Bait” podcast. “I feel like sex before marriage is important because that’s such an intimate thing with your partner.”

The Bachelorette star noted that she thinks it is “something that you have to explore, to be honest” before walking down the aisle. 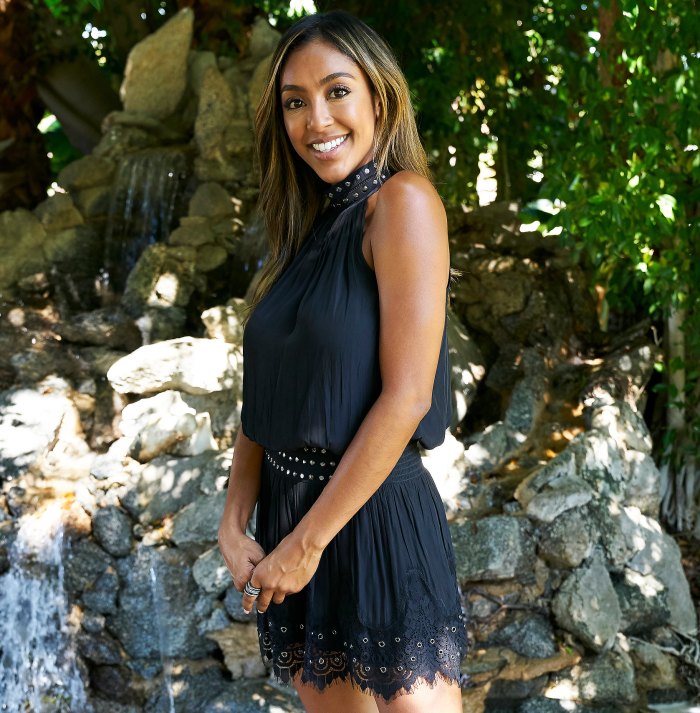 “I’m not saying go have a one night stand every single day, but I’m just saying it shouldn’t be the foundation of your relationship,” the TV personality said. “I think it should definitely be a thing that you can connect on because I think it’s very, very special.”

Adams revealed that she has a “different take” on the premarital sex discussion because she did save herself for marriage before tying the knot in February 2016 to her college sweetheart, Josh Bourelle.

After splitting from her husband in October 2017, her mindset shifted, but her core values have remained the same.

“I’ve always dated with intention,” she explained. “I married my first boyfriend for Christ’s sake, like, I don’t have many past hookups. I’m not the girl that does that kind of thing, but I don’t know, I just find intimacy is very, very sacred.”

Adams has been open about her divorce since her Bachelor Nation beginnings on season 23 of The Bachelor in 2019.

“Being a Christian woman, you get married once and that’s gonna be it. You know, you expect that from your partner as well,” Adams told Colton Underwood on the show. “But you can’t make someone want to be married, you know? It’s the toughest thing I’ve gone through, and I think that’s what’s made me so strong and fearless.”

Since her journey as the Bachelorette began earlier this year, she has also spoken about her choice to separate from Bourelle after giving it all she had.

“I married a guy that I met in college. I also had lost myself in my marriage, like my identity was him,” she told contestant Brendan Morais during a November episode. “But unfortunately, it was infidelity and other issues — not on my part — and then we got divorced and I too felt like I failed.”

Read More: Tayshia Adams Waited to Have Sex Before 1st Marriage, But Won’t This Time