The Duke of Sussex, 36, appeared on the Saturday, November 14, episode for a video chat with Chalmers, 33, and his dance partner, Amy Dowden.

“We’ve got somebody here who wants to see you,” Dowden, 30, told Chalmers during their training session to which he replied, “You’re kidding!”

Harry praised Chalmers for his success on the show and reminisced on how far he’s come as a person.

Prince Harry made a surprise appearance on @bbcstrictly tonight to (virtually) cheer on pal, former @RoyalMarines and @WeAreInvictus medalist @JJChalmersRM, who is competing on the show. “I’m so proud, genuinely proud that here you are in this position now,” the duke told him. pic.twitter.com/p3vOlIbGm6

“When I first met JJ he was a shell of himself, but then to see you shine through Invictus and feel like yourself again, that was the start of an amazing journey,” the prince said. “I’m so genuinely proud. You’re not a dancer, proving that you can do anything you put your mind to, which is amazing.”

Chalmers suffered life-threatening injuries, including the loss of two fingers, during an IED blast in 2011 while serving with the Royal Marines in Afghanistan. Three years later, he volunteered for Harry’s Invictus Games, which is a Paralympic-style sports competition for wounded military personnel and vets. Chalmers became captain of the trike cycling team in 2014 and even won a gold medal.

Stars Who Give Back: Prince Harry, Meghan Markle and More Read article

The athlete credited Harry for giving him the motivation to persevere in the face of trauma. 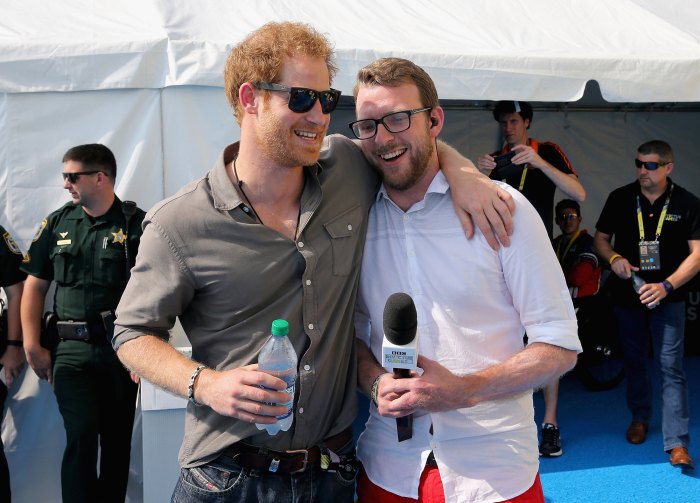 “The simple fact is, if Prince Harry had not created the Invictus Games, I would not have had that catalyst moment to change my life forever,” he said.

Chalmers added that Harry was inspired to create the Invictus Games so that participants “could have an impact on society.”

Harry quipped back, “You’re definitely having an impact on society. Especially when you’re wearing those tight blue shorts.” 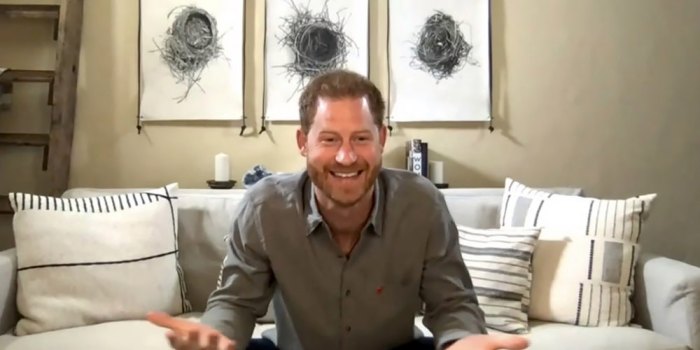 Chalmers also showed off his shoes to which Harry replied, “And the socks pulled up. It doesn’t get better than that.”

Harry has been cheering on Chalmers from across the pond since he moved to Montecito, California, with his wife, Meghan Markle, and their 18-month-old son, Archie, earlier this year. The couple relocated after stepping down from their senior royal duties in January. At the time, Chalmers stood by Harry’s side in the wake of the controversial decision.

During an interview on The One Show in January, Chalmers said he thought Harry was considering the well-being of his wife and child.

“He’s less the captain in the army I knew, and he’s more a father, that’s the first thing I ask him about,” Chalmers said at the time. “And I think the decision that he has made, at the forefront of that is to protect his family, because that’s the No. 1 rule is to be a father and to be a husband.”