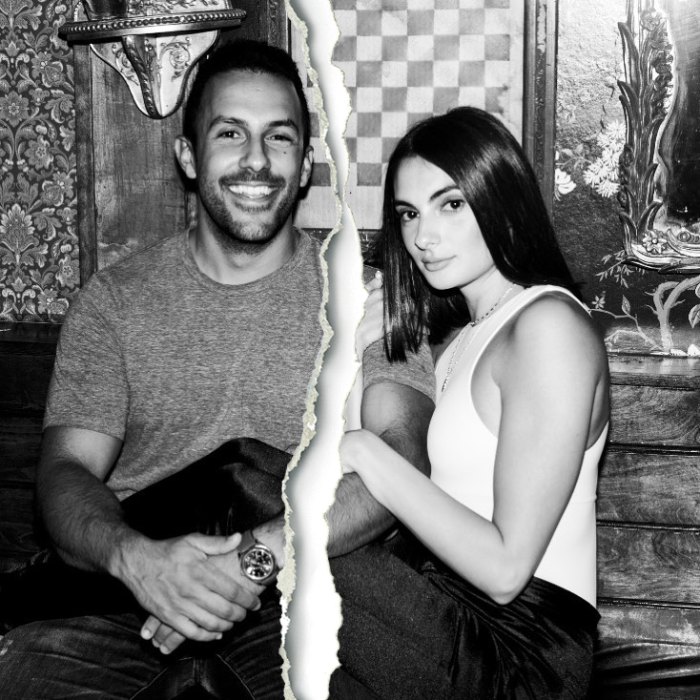 “[Our listeners] the Gigglers are full-on detectives and found out that my boyfriend and I broke up before we even broke up,” DeSorbo, 27, told her costar and cohost Hannah Berner on their new podcast, “Giggly Squad,” which dropped on Tuesday, October 27. “[It’s] confirmed. I am a single girl about the town now.”

The Bravo personality, who introduced fans to Rahbar during season 4 of Summer House, sparked split speculation last month when she deleted recent pictures of the pair on Instagram. After they unfollowed each other on the social media platform, Rahbar fueled rumors when he announced on Instagram that he was moving from New York City to Miami.

During Tuesday’s podcast, DeSorbo and Berner, 29, encouraged their listeners to embrace change.

“Change is good. And, you know, you can have anxiety about change,” Berner said. “[Like] ‘Oh, I’m single now and I don’t have a guy that texts me every morning, all the time,’ [but] I think that change is great when you don’t look back at rose-colored glasses. … Breakups are the f—king best in the world. … Change is how you grow.”

DeSorbo agreed, “I used to be so scared of change, now I welcome that s—t. … What’s meant for you, you can’t mess it up.”

The fashionista also revealed that she previously matched with comedian Jeff Dye, who was spotted kissing Kristin Cavallari earlier this month, on the celebrity dating app Raya. “I matched with him like two years ago and never opened his message,” she said.

DeSorbo and Rahbar’s split comes after she wrapped season 5 of Summer House in The Hamptons. Us Weekly broke the news in June that the series was coming back for additional episodes. While the network has yet to confirm the cast for season 5, DeSorbo, Berner, Kyle Cooke, Carl Radke, Amanda Batula, Lindsay Hubbard and Luke Gulbranson are all expected to return.

“Just wrapped filming Season 5 of #SummerHouse!” Cooke captioned a selfie last month via Instagram. ”So what did I do after quarantining in the house for almost 2 months? How did I re-emerge into society? I immediately got a haircut Man getting haircut duh. When the next season airs you’ll literally be able to watch my hair grow in lockdown.”

Following her split from Rahbar, some fans thought DeSorbo might be seeing Radke, whom she hooked up with during season 4 of Summer House. She shut down the speculation via Instagram earlier this month.

“I might Clooney it,” DeSorbo concluded on Tuesday, referring to George Clooney, who didn’t marry wife Amal Clooney until he was in his 50s.