Taking a trip down memory lane! Beau Clark opened up about the start of his and Stassi Schroeder‘s pregnancy journey on Tuesday, October 27.

“We did it on Easter,” the commercial casting director, 40, said during a “Give Them Lala … With Randall” podcast episode. “We weren’t planning for it, obviously. We just weren’t being careful like we normally were. Then my mom, the next day, messaged me something.” 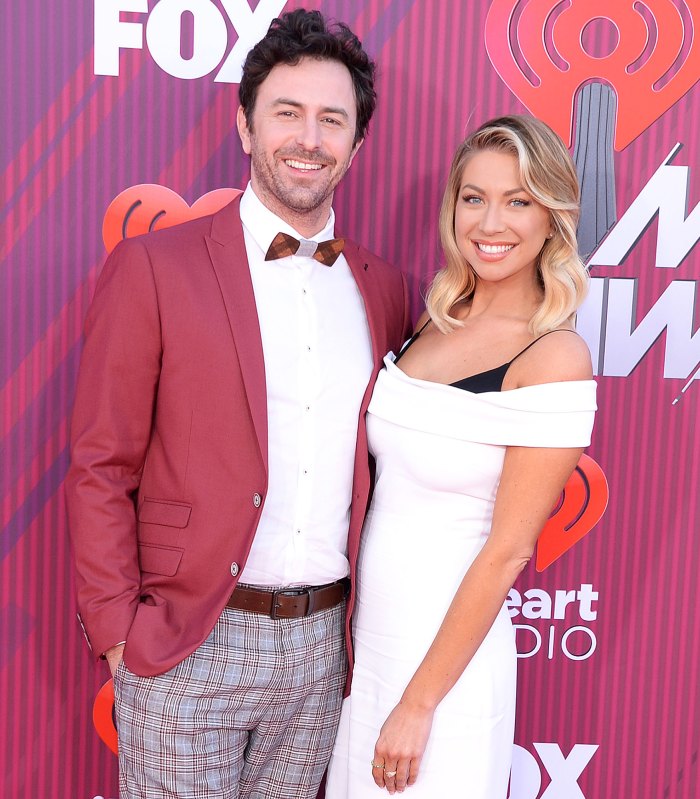 The Florida native explained that his mom dreamt “a Native American was calling [her] maw maw,’” which is a term for grandmother.

When Clark and the Vanderpump Rules alum, 32, found out that they are expecting, they were able to “backtrack” and pinpoint their little one’s conception to that night.

The dad-to-be was “shook” when the Next Level Basic author’s period was late and she “took three” pregnancy tests. “I was shocked,” he recalled. “I feel like I was already just in so much shock from COVID, and this was the beginning of May, so I was just like ‘OK.’ I just had literally no feelings. I was excited, but I was, like, numb, in a good way.”

Us Weekly broke the news in June that the couple have a little one on the way, and they confirmed the news — and their baby girl’s sex — later that same month. In September, the “Straight Up With Stassi” podcast host wed Clark in former costars Katie Maloney and Tom Schwartz‘s backyard.

The groom told Lala Kent and Randall Emmett on Tuesday that his wife is “so hot” with a baby bump, gushing, “She’s just holding it, always hugging it, always loving it. I feel that energy that she’s putting through her hands and her love is just shooting it into the baby. … It’s beautiful to watch.”

Clark went on to say that the former reality star has “barely ever” gotten sick during her pregnancy, but noted she is “tired more.”

“We have a lot of stairs in our place so [I’m] walking up [for her], just doing things for her,” the former actor explained. “She can’t bend down a lot. It’s just such an effort, so I’m cooking for her, I’m helping her. She sleeps.”