Stassi Schroeder Is in ‘Such a Good Place’ With Her Pregnancy

Moving on! Stassi Schroeder is looking forward to welcoming her first child with her fiancé, Beau Clark, as she puts the Vanderpump Rules drama behind her.

“Stassi is in such a good place with her pregnancy and so excited for her next chapter that she’s let a lot go and is focused on her happiness and baby,” a source exclusively tells Us Weekly.

Us broke the news in June that Schroeder, 32, is pregnant with her first child. The Next Level Basic author confirmed the announcement with a baby bump photo via Instagram. 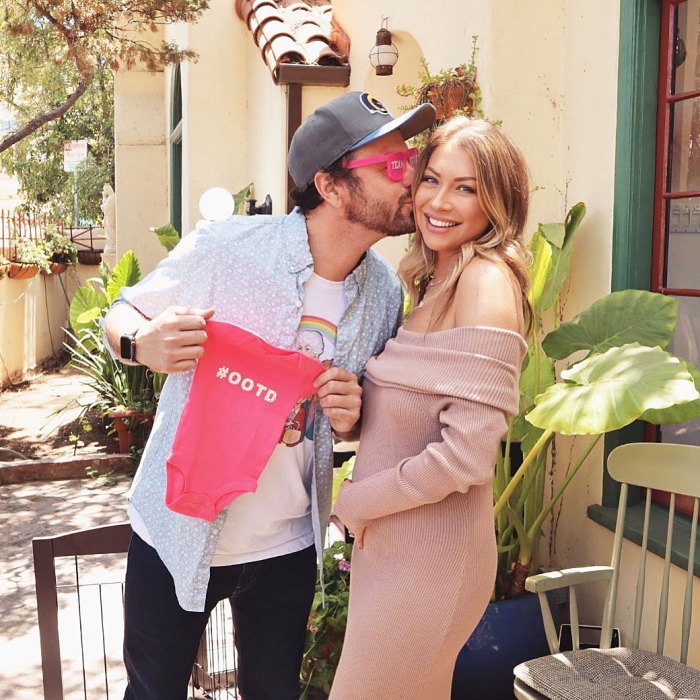 “We’re having a baby girl,” Schroeder captioned a photo of herself cradling her stomach while Clark, 40, kissed her cheek.

The happy news came days after Bravo announced Schroeder, Kristen Doute, Max Boyens and Brett Caprioni would not be returning for Vanderpump Rules season 9 due to past racially insensitive remarks. The former “Straight Up With Stassi” podcast host and Doute, 37, exited the show after a story resurfaced about the pair reporting their former costar Faith Stowers to the police for a crime she did not commit in 2018.

Stars Fired From Reality Shows Through the Years Read article

Schroeder shared her feelings about her departure from the reality series on the Tamron Hall show earlier this month.

“I want to be a better person. I’m pregnant and I want my daughter to be proud of me,” she explained. “And I want to be part of the solution. I’ve been a part of the problem for years now. And I recognize that and that’s why I say, I don’t feel like I’m a victim of cancel culture. People want me to be mad at it and I’m not. I needed it. I needed that.”

The Louisiana native had babies on the brain one year before she announced her pregnancy. Schroeder told Us in June 2019 that having children is more important to her than walking down the aisle. The couple postponed their October nuptials amid the coronavirus pandemic.

“I think I’m ready to have a baby,” the former Bravo personality said at the time. “I’ve never really been someone that’s, like, dreamt about her wedding … but I always knew that I wanted to be a mom. So, I feel like I’m in a place in my life where I make my own decisions and forge my own path. I know I want to be a mom, so I would rather get knocked up before I waited to have a wedding.”

Schroeder is already preparing for her baby girl’s arrival in early 2021. The Vanderpump Rules alum showed off her daughter’s elaborate closet in an Instagram video on Saturday, September 26.

“I’m a monster who is creating another monster. #ootd,” she captioned the post. “This poor baby has no clue.”

Read More: Stassi Schroeder Is in ‘Such a Good Place’ With Her Pregnancy