Too hot for him to handle. Kendall Jenner‘s latest swimsuit photos are leaving her fans — and boyfriend Devin Booker — totally speechless.

The California native, 26, took to Instagram on Tuesday, August 16, with a series of sun-kissed bikini pics. Jenner lounged on a dock in a brown bathing suit and green trucker hat, petting a dog in one of the summer snaps. A bottle of her 818 Tequila was placed beside her as she bared her abs on a beach towel.

Jenner kept the caption simple, only tagging her tequila company. The 25-year-old NBA star was equally as brief with his reaction, dropping a sweating emoji in the comments section. 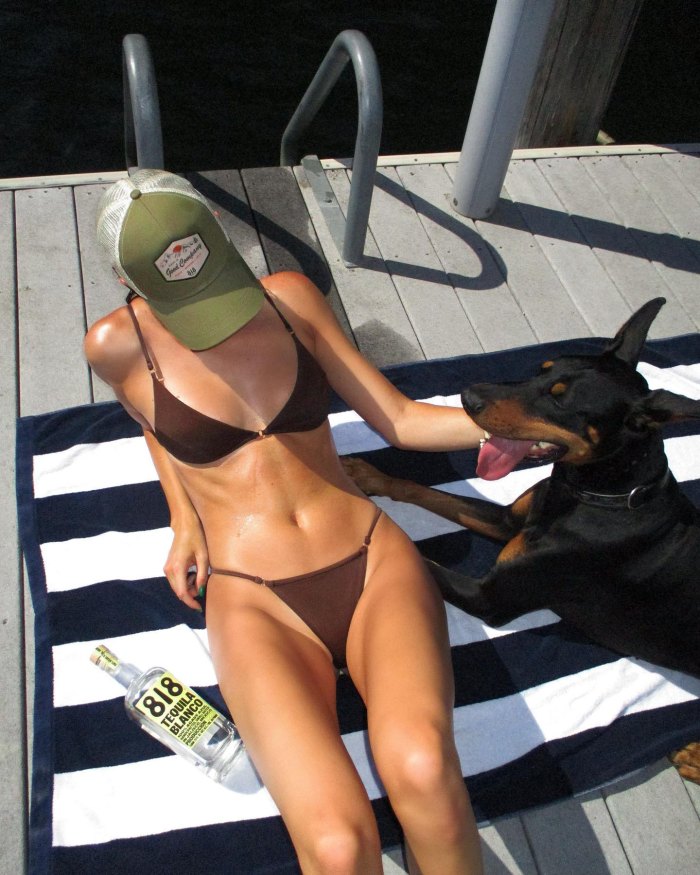 The model and the Phoenix Suns athlete were first linked in April 2020, with a source exclusively telling Us Weekly two months later that the pair were “hooking up” but “not serious.” However, their chemistry continued to grow stronger, and they made their relationship official at Jenner’s November 2020 birthday bash.

“The Kardashian clan is fond of [Devin] for sure,” an insider exclusively told Us in March 2021. “They’ve gotten to spend a lot of time with him and find him very charming, respectful and fun! … [They] just want her to be happy with whomever she’s with.”

After nearly two years of dating, Us confirmed in June that the twosome called it quits and were “taking this time to focus on themselves and figure out if a future together is what’s mean to be,” per a source. Despite pressing pause on their romance, the duo were spotted together multiple times throughout the summer, even attending the same wedding in July.

Us confirmed earlier this month that Jenner and the Michigan native rekindled their spark. “Kendall and Devin are 100 percent back together,” an insider exclusively revealed. “They spent some time apart but are back to a good place and are really happy with each other. … They’re spending a lot of time together and are looking forward to what the future holds for them as a couple.”

Before their brief breakup, the pair kept their relationship relatively private. Booker didn’t make any cameos on Keeping Up With the Kardashians before it ended in 2020, and he has yet to be featured on the family’s Hulu series, The Kardashians, which premiered in April. Over the years, the former E! personality has opened up about her preference for keeping her love life under the radar.

“I got a glimpse of how my sisters dealt with [the attention] and it’s cool to learn from that,” she told Vogue Australia in May 2019. “For me, a lot of things are very special and very sacred, like my friends and relationships, and I personally think that bringing things into the public makes everything so much messier.”

Booker, for his part, made a rare comment about his romance with Jenner during an interview with WSJ. Magazine earlier this year. “I wouldn’t say [it’s] hard,” he said of dating in the spotlight. “Honestly, I’m enjoying life to the fullest, and that came off my tongue so easily because it wasn’t always this way, but I feel like I’m in a good place right now.”