For Bravo fans, Jax Taylor and Brittany Cartwright’s nuptials served as a dream crossover event, but for the couple, Southern Charm star Shep Rose’s attendance may have done more harm than good.

During a game of Us Weekly’s “I Can Explain,” the 40-year-old Charleston resident admitted that he got in “trouble” for his activity at the Kentucky wedding in June 2019.

“That’s Jax’s wedding. What fun we had. But he kinda talked smack about me on [Watch What Happens Live With Andy Cohen]. He said I was a bad wedding guest,” he told Us. 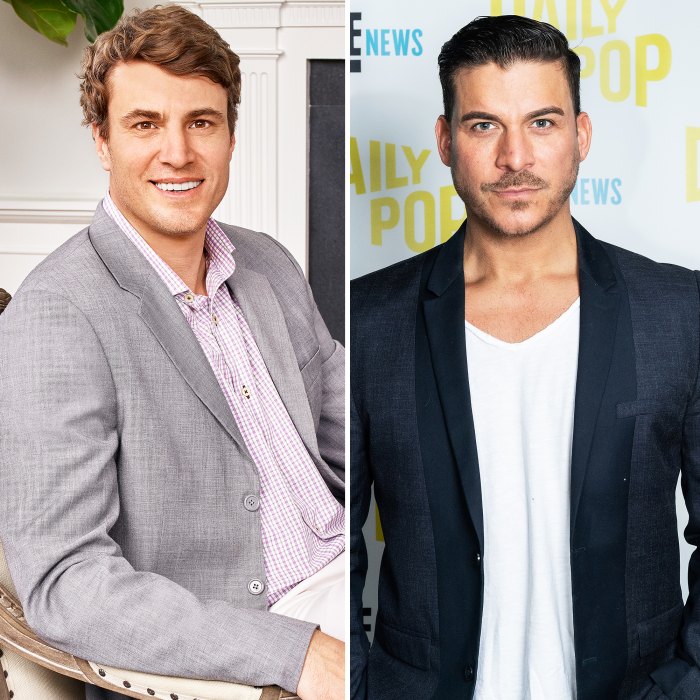 Shep went on to reveal that he wasn’t supposed to be sharing videos or photos from the ceremony or reception on social media.

“I was just, like, videoing everything that’s going on. I got in big trouble!” he quipped.

Jax, 41, and Brittany, 31, who is pregnant with the couple’s first child, a baby boy, previously opened up about their big day on WWHL in January. The SUR bartender told Andy Cohen that Shep was “talking” and “videoing” during the wedding.

At the time, Shep tweeted, “They could have been more communicative about what their guest’s social media restrictions were. But it was such a fun wedding. I was honored to be there. Maybe in the year 2050 they can come to mine.”

During “I Can Explain,” Shep added that he was “honored” to be at a table with Lisa Vanderpump and husband Ken Todd.

“I love those people [on Vanderpump Rules]. I really like Tom Schwartz. He is a sweetheart,” Shep told Us. “And so I would love to get together with them.”

For more from Shep, watch the video above!