“We are not together right now. I am 1,000 percent single, and so is he,” LeCroy, 30, told Us exclusively while discussing the Bravo hit on Monday, December 7. “So, ladies, if you want him, you can have him.”

The makeup artist admitted that the coronavirus pandemic contributed to their relationship’s demise. “I definitely think that quarantine was either gonna make it or break [our] relationship, and unfortunately, we did not come out stronger,” she explained. “We weren’t even in quarantine together. We did for a short period of time, and then I think we both realized that maybe there was just too many things that had happened in the past for us to actually play house for 14 days or whatever it was.” 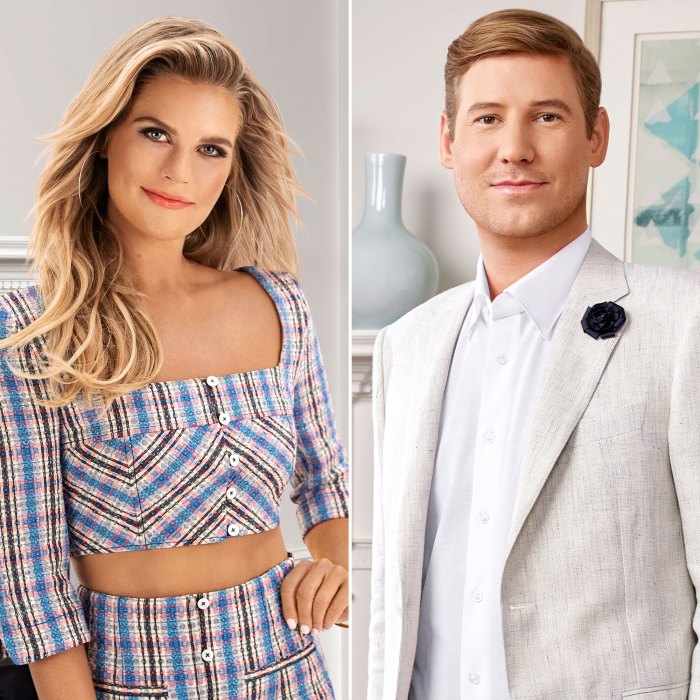 LeCroy continued, “Austin took his quarantine a little differently than I did — or, a lot different. I had a lot more time on my hands to kind of see what he does in a day versus what I’m trying to do. So, I think we’re just on two different wavelengths.”

The former Bravo couple’s on-again, off-again relationship began playing out during season 6 of the reality series. Their romance has endured several bumps along the way, including Kroll’s alleged infidelity. (Kroll, 33, has not confirmed the allegations.)

In October, the rocky pair’s costar Craig Conover said that their dynamic was still complicated, noting that their status “depends on the day of the week.”

While LeCroy is not dating right now, she believes that she is “ready” to get back out there. “I don’t know how that’s going to go with the world the way it is, and dating and things like that. So, we will see if I get out of the house,” she explained to Us. “But for the rest of the year, I think I’m OK. I don’t know, maybe something good happens. I’m not going to rush it. I think when you look for it, it’s when you don’t find it.”

LeCroy also noted that she will “get over” the idea of Kroll moving on with someone else, adding, “I don’t think I will like it, but I know that it’s going to happen. I mean, he’s got to move on and be happy, and I hope the best for him.”

Southern Charm is in the midst of airing its 7th season. In an episode that aired last month, newcomer John Pringle raved about how “hot” LeCroy is and later hit on her while at Kroll’s home.

“He definitely caused some drama, and that was fine. I enjoyed it. I mean, I definitely would rather guys fight over me than not fight over me. So, I was flattered,” she told Us, adding that she plans “on keeping him in the friend zone.”