The 33-year-old Laguna Beach alum went live on Instagram with the Bravo men and bestie Justin Anderson. In a clip captured by a fan, Cavallari danced on Kroll’s shoulders to Taylor Swift’s “Mean” while Conover, 31, and Anderson, 40, sang along to the 2010 track.

“Been laughing at the noise since ‘05,” Cavallari captioned a snap with Anderson from their big night in via Instagram. The following morning, the Uncommon James designer revealed she’s having a “sick day” with sons Camden, 8, and Jaxon, 6. Cavallari and estranged husband Jay Cutler are also parents of 5-year-old daughter Saylor. 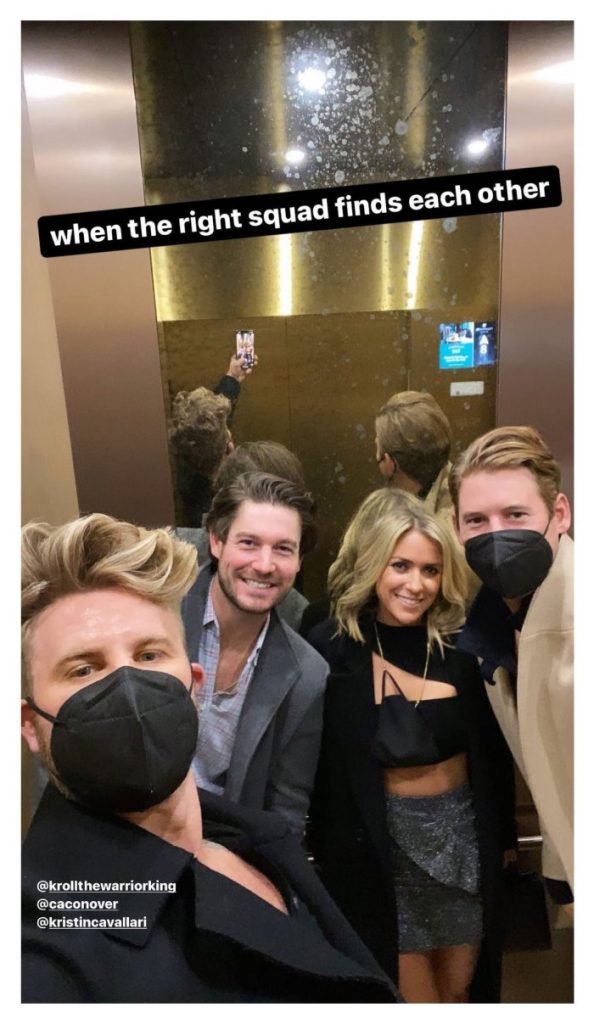 Cavallari, who split from Cutler in April, previously hung out with Kroll and Conover in Charleston in October.

“She came to town with her friend Justin and the four of us [with Craig] had dinner,” Kroll, 33, told Us Weekly last month of their friendship. “We’ve all been in contact ever since. We’re in this, like, big old group chat, and the group chat is active. We had a blast with them.”

While Kroll’s on-again, off-again girlfriend, Madison LeCroy, left Cavallari some love in the comments section at the time, she broke the news to Us on December 7 that she and Kroll were over for good.

“We are not together right now. I am 1,000 percent single, and so is he,” LeCroy, 30, told Us. “So, ladies, if you want him, you can have him. … Austin took his quarantine a little differently than I did — or, a lot different. I had a lot more time on my hands to kind of see what he does in a day versus what I’m trying to do. So, I think we’re just on two different wavelengths.”

That same day, LeCroy commented on Kroll and Cavallari’s relationship after he left a flirty remark on the Hills alum’s Instagram.

“Yeah, trust me if he was with her he wouldn’t be sending me songs at midnight. bless,” she wrote on December 7, according to CommentsByCelebs. 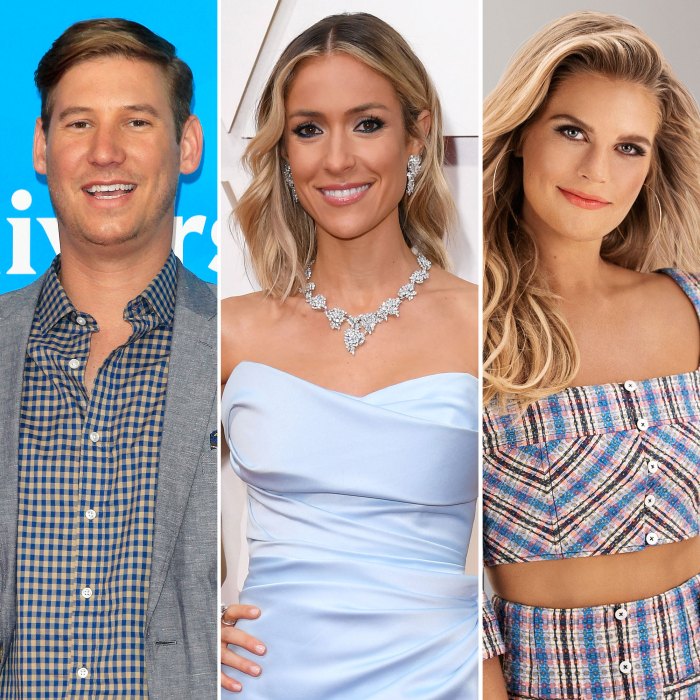 The hairdresser later opened up to Entertainment Tonight about her comment. ”She’s a bombshell. … I know that they are friends. I think he’s trying to get under my skin, which is fine. And, like, honestly? If he can pull her, go for it. Knock yourself out. I’d be shocked,” LeCroy quipped. “I just think it was just trying to get [a rise], get a comment out of me — and he did.”

Cavallari has yet to publicly comment on her relationship with Kroll, but she has been linked to comedian Jeff Dye amid her divorce. The twosome packed on the PDA in Mexico earlier this month, but according to a source, their romance isn’t “serious.”