“Couldn’t have said it better myself @nicholasghesquiere @louisvuitton,” the Game of Thrones alum, 24, captioned an Instagram Story photo of herself rocking a “VOTE” tee. 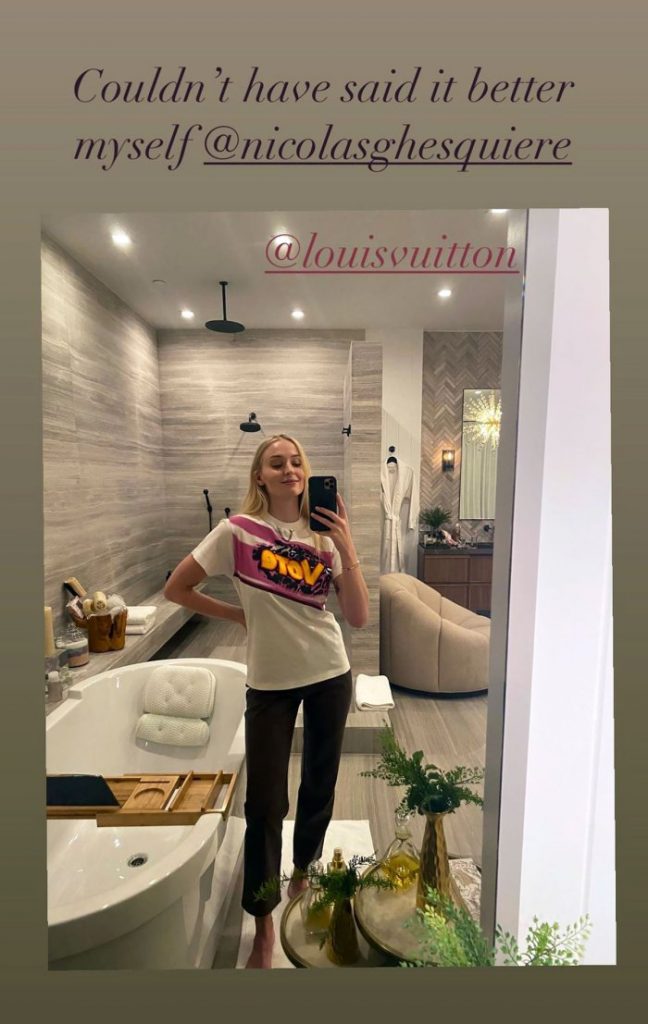 The actress gave birth in July, Us Weekly confirmed. “Sophie Turner and Joe Jonas are delighted to announce the birth of their baby,” the couple told Us in a statement at the time.

The news came five months after the English star’s pregnancy news broke. Us confirmed in February that Turner’s first child was “due in the middle of summer.”

While the Dark Phoenix star made multiple outings with Jonas, 31, over the course of the pregnancy, she refrained from posting pictures of her baby bump on social media until after Willa’s arrival.

In September, the Emmy nominee shared throwback shots of herself showing her bare belly in a bikini as she lounged poolside and played with a dog. She also posted a sweet shot of the Jonas Brothers member reaching out to cradle her stomach.

The Barely Lethal star wed the former DNCE member twice — once in May 2019 in Las Vegas, then again the following month in front of family and friends at the Château de Tourreau in Sarrians, a commune in Provence, France. 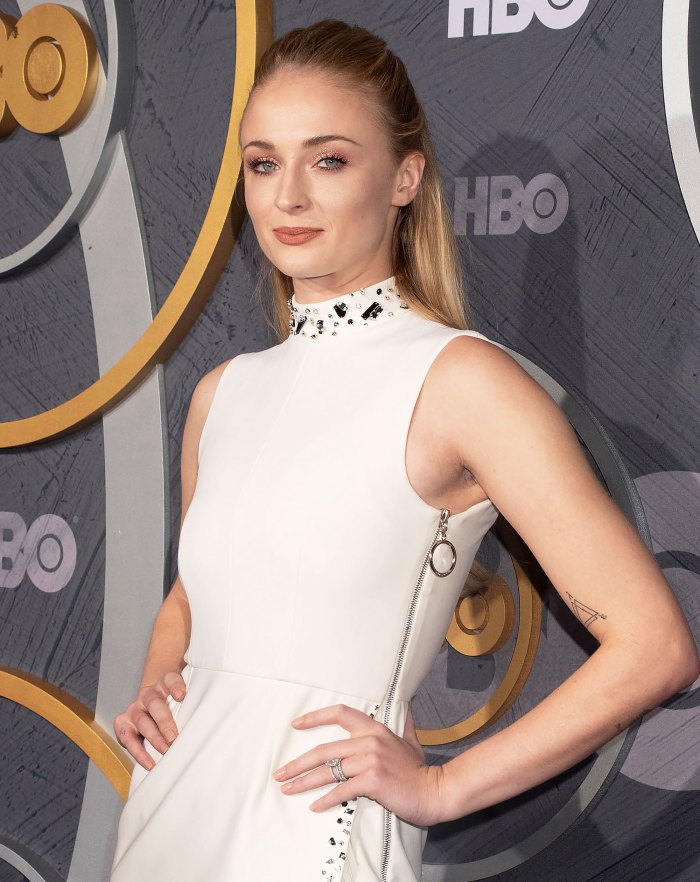 “I feel as though the only thing that’s changed for me is having this incredible sense of security,” Turner told Elle UK of married life in April. “Just the word ‘husband’ and the word ‘wife’ — they solidify the relationship. I love being married. I think it’s wonderful. I’m sure we’ll have our hiccups, but right now the security and the safety are everything.”

She added at the time: “It’s also nice to have built-in friends. They are actually really cool, and I can hang out with them. We can talk to each other about how crazy the boys’ lives are — we can relate on so many different things. It’s, like, thank god, because you never know about your in-laws.”