Disick was spotted leaving Nobu in Malibu with Banos, 24, on Thursday, October 1, more than one month after his split from Richie. The Flip It Like Disick star was first linked to the model in 2017 after he was caught with a girl in his hotel room during a family vacation in Costa Rica. The incident was filmed on an episode of Keeping Up With the Kardashians. 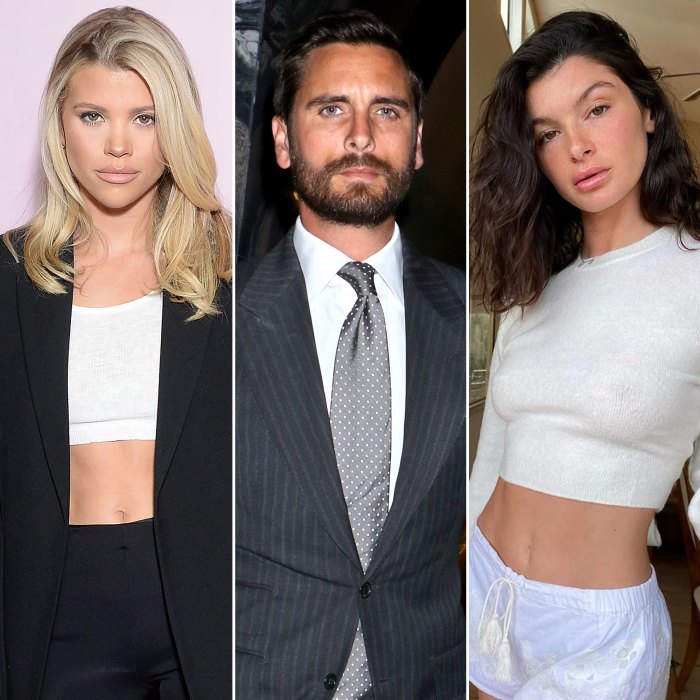 “At first, Scott was just my friend,” Banos — who did not appear on the show — told In Touch at the time. “But he got to know me on a different level. We’re super connected. Scott will call and say, ‘I miss you. I want to see you.’ He always flies me to wherever he is. We spend so much time together.”

Disick began dating Richie in 2017 until their split in May after he sought treatment for his past traumas. Although the pair briefly rekindled their romance, Us Weekly confirmed in August that they had called it quits for a second time.

“Scott and Sofia had really great chemistry, but missing each other isn’t a huge factor right now,” a source told Us at the time. “They do miss each other, but at the end of the day, Sofia is a family girl and knowing her sister and dad haven’t approved of him from the beginning has been a big thing for her.”

Later that month, a second insider told Us that Disick’s close relationship with Kardashian, 41, was a factor in their split. The New York native was in a nine-year relationship with the Poosh founder from 2006 to 2015.

“Tension between Kourtney and Sofia got weird toward the end of Sofia and Scott’s relationship,” the source explained. “Sofia was getting mad that Scott was spending so much time with Kourtney.”

Disick opened up on the Thursday, October 1, episode of Keeping Up With the Kardashians that he was also battling health issues while he was in a relationship with Richie.

Scott Disick’s Ups and Downs Through the Years Read article

“Lately I’ve just had no energy to do anything,” he explained in a confessional that was filmed months prior. “I wake up and I’m just shot, like, I don’t have the drive to get up and run around, with my girlfriend and my kids. I just don’t have the energy. I don’t know if I’m getting old or I’m just not in great shape, but I just want to see if there’s anything wrong with me.”

The E! personality wondered if he had contracted coronavirus, but later was diagnosed with low testosterone, which caused his low energy.