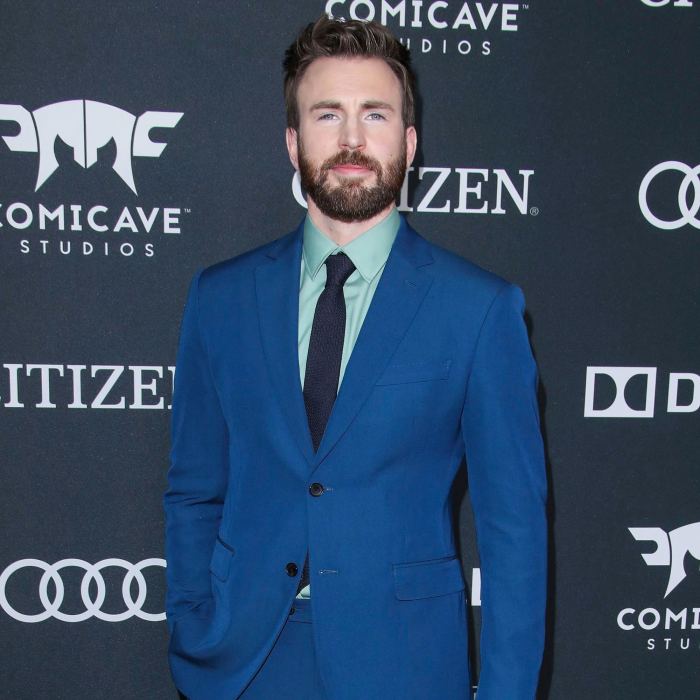 Hanging up his shield. Chris Evans gave his final performance as Steve Rogers in Marvel’s Avengers: Endgame — and he hasn’t looked back.

The Knives Out actor, 41, recently reflected on leaving his Captain America role behind while promoting Lightyear, telling Yahoo Entertainment that it’s been “a literal weight off” his shoulders. “I’ve shed, like, 15 pounds,” Evans teased. “Every time people see me, they say, ‘You OK? You lost a bit of weight.’ Yeah, I haven’t had to hit the gym as hard.”

When asked how it feels to see the Hurt Locker star following in his footsteps, Evans raved, “[There’s] no one better to do it. I mean, he honestly does it justice. … I’m so proud of him. I can’t wait to see what they do in the future with it, but if there’s any tear[s] shed, it’s just for the sweet memories I had.”

Throughout his time in the MCU, Evans simultaneously appeared in a handful of dramas, meaning he had to trim his superhero muscle fairly quickly. While discussing his work on the 2017 drama Gifted, the Broadway vet told Yahoo Movies he felt “lucky” that he was able to gain and lose weight with ease.

“I think it changes as I get older, but as of now I seem to be able to kind of shed and add pretty quick,” he said at the time. “My body doesn’t want to be that big. … You just stop working out, maybe cut back on a few meals. And in a few weeks I’m back to being a skinny weenie.”

Plenty of Marvel stars have opened up about pushing their bodies to the limit to prepare for their physically taxing performances. Earlier this year, MCU newbie Will Poulter warned fans not to take his lead when it came to his “interesting” fitness journey ahead of his starring role in Guardians of the Galaxy Vol. 3.

“It’s been a lot of gym work and a very, very specific diet,” the 29-year-old told The Independent in April, adding that he “wouldn’t recommend” the routine to the average person. “Not particularly civilized at times. Quantities of food you wouldn’t necessarily want to ingest. And other times not enough food. I’ve gone through a series of different diets over the last few months.”

Post-production, the We’re the Millers actor is in more of a “maintenance phase,” which has been a welcome change. “The whole social side of your life has to take a back seat [during training],” he said. “I’m in a routine that is so rigid that being able to go out for dinner with friends is not something I’ve been able to do. I’m looking forward to being able to again.”